12 or 20 questions: with Gabriella Goliger 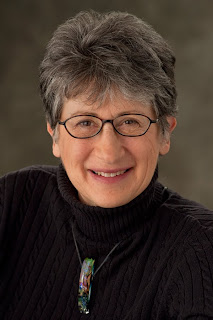 Gabriella Goliger’s new book Girl Unwrapped, a novel, will be published in the fall of 2010 by Arsenal Pulp Press. Her first book, Song of Ascent, won the 2001 Upper Canada Writer's Craft Award. She was co-winner of the 1997 Journey Prize for short fiction, was a finalist for this prize in 1995 and won the Prism International award in 1993. She has also been published in a number of journals and anthologies including Best New American Voices 2000 and Contemporary Jewish Writing in Canada.

Her educational credentials include a B.A. from McGill University and an M.A. in English literature from the Hebrew University of Jerusalem. Born in Italy, Gabriella grew up in Montreal and has also lived in Israel, the Eastern Arctic, Victoria, B.C. and Ottawa, Ontario.
1 - How did your first book change your life? How does your most recent work compare to your previous? How does it feel different?
My first book, Song of Ascent, a collection of linked short stories, turned me into a writer because I worked on it many long years. Loosely based on my parents' lives, the writing brought me closer to the struggles, hopes and heartaches of that generation of Holocaust-era Jews. My new novel, Girl Unwrapped, still grapples with the shadow cast by World War II but from viewpoint of the "new" generation. Set in the 1960s, it's a coming-of-age story of a girl whose budding lesbianism clashes with the mores of her times and her parents' desperate need for family regeneration. Sounds like a dark tale, but actually, the book includes quite a bit of humour.
2 - How did you come to fiction first, as opposed to, say, poetry or non-fiction?
I love the scope of fiction, the creation of a complex imaginary world that mirrors and sheds light on the real one. I love trying to inhabit a character's soul and telling that soul's story.
3 - How long does it take to start any particular writing project? Does your writing initially come quickly, or is it a slow process? Do first drafts appear looking close to their final shape, or does your work come out of copious notes?
I am very, very slow. My early drafts are like sketches that I slowly fill in with detail. But even my "sketches" take me a long time.
4 - Where does a piece of fiction usually begin for you? Are you an author of short pieces that end up combining into a larger project, or are you working on a "book" from the very beginning?
With Song of Ascent I wrote each story as an independent entity and only later pulled them together and re-jigged bits to make the stories flow as a connected narrative. With Girl Unwrapped, I aimed at a novel from the outset.
5 - Are public readings part of or counter to your creative process? Are you the sort of writer who enjoys doing readings?
I do enjoy readings. I like reading aloud and connecting with the audience.
6 - Do you have any theoretical concerns behind your writing? What kinds of questions are you trying to answer with your work? What do you even think the current questions are?
Each work poses its own questions. One of the questions inherent in Girl Unwrapped is: how does one maintain a healthy tie to family, community and tradition, while growing into one's independent self?
7 - What do you see the current role of the writer being in larger culture? Does s/he even have one? What do you think the role of the writer should be?
I think the current role is the same as the ancient one: to open hearts and minds.
I like what Kafka said: "A book must be an axe to break the frozen sea inside us." But a writer shouldn't consciously be trying to do anything other than write a good piece of work. That is the ultimate role and goal.
8 - Do you find the process of working with an outside editor difficult or essential (or both)?
I had an excellent experience with my editor, Susan Safyan, at Arsenal Pulp Press. She made suggestions that I could accept or refute; we worked as a team to create a better book.
9 - What is the best piece of advice you've heard (not necessarily given to you directly)?
I like a quote by Samuel Beckett: "Ever tried. Ever failed. No matter. Try again. Fail again. Fail better."
10 - What kind of writing routine do you tend to keep, or do you even have one? How does a typical day (for you) begin?
I aim for a similar working day as that of all the other working Joe's and Jill's out there. Start around 9:00 a.m. and carry on as long as possible, Monday to Friday. I don't usually write beyond 3:00 p.m. though. My brain is best in the morning.
11 - When your writing gets stalled, where do you turn or return for (for lack of a better word) inspiration?
I read. Walking and music are good too.
12 - What fragrance reminds you of home?
Pines in the Gatineau, autumn leaves on Mount Royal, the hot wind in Jerusalem, the sea in Victoria. I feel I have many homes and none is my ultimate one.
13 - David W. McFadden once said that books come from books, but are there any other forms that influence your work, whether nature, music, science or visual art?
Not really.

14 - What other writers or writings are important for your work, or simply your life outside of your work?
So many. One of the writers I'm currently in love with is the Israeli author, David Grossman. Others I've read recently are Ian McEwan and Wayson Choy. I'm influenced by everything I've read. There's no one master (or mistress) I've studied and tried to imitate.
15 - What would you like to do that you haven't yet done?
Write my next book.
16 - If you could pick any other occupation to attempt, what would it be? O6, alternately, what do you think you would have ended up doing had you not been a writer?
Perhaps I would be a naturalist. But how does one make a career out of that? Nature tours?
17 - What made you write, as opposed to doing something else?
Shyness and a yearning to communicate.
18 - What was the last great book you read? What was the last great film?
Someone to Run With by David Grossman. Harder for me to remember films. I liked Adoration and Broken Flowers.
19 - What are you currently working on?
A novel set in 1930s, 1940s Palestine about a Jewish woman's love affair with a British policeman and the consequences of this relationship.
12 or 20 (second series) questions;
Posted by rob mclennan at 10:24 PM
Labels: 12 or 20 questions, Arsenal Pulp Press, Gabriella Goliger

I enjoyed you first book and am looking forward to the new one, and the one you're working on right now. Keep writing.
Ted Jacobsen