Writing a process; the Ontario Institute for Studies in Education

On June 14, through Theanna Bischoff, author of the novel Cleavage (NeWest Press, 2008), I participated in a study at the Ontario Institute for Studies in Education in Toronto, an hour of small writing exercises provided by the study that were video and audiotaped. After working my version of Gary Barwin's Heine project a few days earlier, it was an interesting extension of talking out the why and the hows of my writing what, asked to vocalize my thought process as it was happening (which goes completely against my Scottish Protestantism). As she wrote in her original email, “You will be given instructions for a poetry writing task and asked to talk about the process of writing. Our research focus is not on the actual pieces of writing, but rather on the process behind the writing.” Apparently such as Allan Briesmaster and Elana Wolff participated as well, allowing the study to use their names (as opposed to the presumed anonymity), and finding the process helpful in identifying parts of their process. I found the exercise interesting, but it did little to highlight what I know I already do, perhaps more a matter of a further clarify of vocalizing what it is that I work towards. 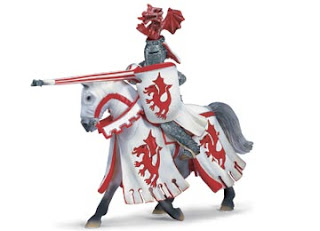 The first writing task, given a box of trinkets to look through, and asked to focus on one of the items, and write on a memory, perhaps, triggered by such; how could I write on a memory box that wasn't mine, memories that wouldn't be mine either? This is what came to mind, and, for some reason, structural resonances of Fanny Howe poems bouncing around in my skull.
There did seem something amusing about a toy horse that was, ahem, gender specific underneath, and, after writing the company name down, I found it on the Schliech website, realizing that the horse in the study was not only tail-less but rider-less as well. When she asked about my writing process, I talked about the specifics of a poem almost never coming through in one sitting, but sometimes requiring specific details that I don't have. At home, I told her, I would have looked up such things (such as “candle snuffer,” presuming that my reference to the piece in the box, “candle snuff,” was functional but incorrect). Here is the poem, reworked, retweaked and researched, after the original session.

Study: memory box
what do you say?
plastic horse
with a broken tail
not a toy but a model,
biologically intact
& male
a lost medieval knight,
red dragons
box of tokens, trinkets
& some,
Disney princess, metal
candle-snuff, chocolate eggs
meant to reflect, back
as a memory, list
not a story retrieved
but thus made,
out of language
the long & the short,
a red rubber ball

A second part of the session included writing a haiku, with the requisite five-seven-five, with two lines in one direction, perhaps including something seasonal, and final line in another direction. Since my thought process was supposed to be out loud, I gave my little spiel about how English-language haiku are a fallacy, how the Japanese five meanings boiled down into English-language five syllables, five sounds, reduces and insults the original form, making a mockery of the entire process. Do I take this stuff too seriously? Perhaps; but there you go. Here are my two quick haiku on the immediate of my Monday morning:

yay for you defending the misuse/mistranslated culture of the word haiku. :)