12 or 20 questions: with Suzanne Bowness 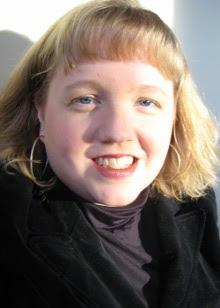 Suzanne (Sue) Bowness's first book of poetry, The Days You've Spent, was published in 2010 by Tightrope Books. Her poetry has previously been published in journals like the Literary Review of Canada and Pagitica. Her play The Reading Circle won the Ottawa Little Theatre's National One-Act Playwriting Competition in 2006. She is a freelance writer and editor online at www.codeword.ca and is working on a PhD in English at the University of Ottawa with a focus on nineteenth century Canadian magazines.

I'm a fairly private person so putting my creative work out there was difficult. But it has been gratifying to hear positive feedback from family and friends, many of whom are not writers so it is nice to draw their attention to poetry. The collection contains a variety of poems not only inspired by different moments but written at different stages of my writing life so the poems remind me of both past experiences but also about moments in my own writing. In some ways it's funny to see these thoughts that I've lived with for so long out there in print.

I've always worked on many projects simultaneously so the poetry manuscript represents the completion of one of those projects. Hurrah! I'm also working on fiction in short stories and plays, as well as non-fiction in my doctoral thesis. I always imagined publishing poetry first as a way to get started in the publishing process.

3 - How long does it take to start any particular writing project? Does your writing initially come quickly, or is it a slow process? Do first drafts appear looking close to their final shape, or does your work come out of copious notes?
This manuscript has been in the works for a while, but individual poems often come fairly quickly. I feel like I carry around an idea for a poem for a while in my head before I go and write it down, so by the time I get it down on paper the idea is fairly formed and it is more a case of working on the expression.

4 - Where does a poem usually begin for you? Are you an author of short pieces that end up combining into a larger project, or are you working on a "book" from the very beginning?
In this first collection, poems come from moments that I've collected over the years. I realized gradually that they had a shape and theme, and worked on that aspect as I edited them into a collection. I have an idea for a second collection that will be more intentional, more of a "project" that I'd like to develop.

5 - Are public readings part of or counter to your creative process? Are you the sort of writer who enjoys doing readings?
No. I'm an introvert so I find readings difficult and feel nerves very physically. However I do like attending readings and appreciate when others share so I know I have to learn to share too. Now that my book is out I'm trying to get out there.

6 - Do you have any theoretical concerns behind your writing? What kinds of questions are you trying to answer with your work? What do you even think the current questions are?
Yes and no. The No: I'm doing a PhD right now so through that I'm involved in a community that is always looking to investigate literature, but actually for the most part I try to turn that intellectual side off when I write because I find it sometimes a bit paralyzing to the creative process (although interesting in itself). The Yes: literary projects usually come to me as a way to investigate ideas, for instance my poetry collection thinks about the city, and my play The Reading Circle was a way of thinking about rural alienation.

7 – What do you see the current role of the writer being in larger culture? Does s/he even have one? What do you think the role of the writer should be?
I think writers force us to pause and think about the important things that we might overlook in our everyday lives, or if we are already attuned to them then how to articulate those things. I think writers are essential preservers of culture and zeitgeist and should be supported and encouraged. In my academic work I'm looking at nineteenth century Canadian magazine writers and I'm charmed by how passionate these obscure writers felt about raising issues in their times or reflecting on their world.

8 - Do you find the process of working with an outside editor difficult or essential (or both)?
I like being edited. I am particularly interested in discussion, for instance finding out why an editor thinks something doesn't fit as it helps to get insight into the work. I think working with the right editor who is enthusiastic about your project can really help too, as they can sometimes rally you if your confidence starts to slip.

9 - What is the best piece of advice you've heard (not necessarily given to you directly)?
Recently in a new writing group I joined we were talking about sharing work and people were pointing out how essential it is to make yourself vulnerable and share with the community in order to truly be part of it. I hadn't really thought about it that way before so that made me even gladder to be publishing this poetry book as I am finally participating with a community that I already have gotten a lot from as a reader.

Another piece of advice was from my brother who runs marathons who said that at a point when he is feeling low energy or discouraged he sometimes claps his hands as he is running which causes others along the raceway to clap along with him - he pointed out that people are just looking for an opportunity to cheer you on because it makes them feel like participants as well.

10 - How easy has it been for you to move between genres (poetry to critical prose)? What do you see as the appeal?
I like writing in many genres, if anything I feel like I am experimenting to see which I am good at and which genres suit different ideas. I feel like they each inform each other, for instance I took a screenwriting class and what I learned there about character motivation and structure I transfer over to fiction.

11 - What kind of writing routine do you tend to keep, or do you even have one? How does a typical day (for you) begin?
I am a uni-tasker so I tend to look for a big stretch of time to really get into a project like a whole day or a weekend. I am self-employed and a pretty disciplined 9-5er however sometimes I find it difficult to make time for the writing where the payoff is longer term (like fiction).

12 - When your writing gets stalled, where do you turn or return for (for lack of a better word) inspiration?
Like most writers I read a lot, or sometimes I will work on editing one project if composing one is proving difficult. Sometimes I start something new as a way to think about something old, for instance I was working on a screenplay that was really stalled but had an idea for a second one so started on it just to reconnect with the idea of creating new characters and structure. Now I'm back on track with the original screenplay although it is still a work in progress.


13 - What do you really want?
W hat a question. To do fulfilling work and make the most of my short time on earth?

14 - David W. McFadden once said that books come from books, but are there any other forms that influence your work, whether nature, music, science or visual art?
I have written a lot of poems about art, and took a couple of painting classes for fun that helped me learn a bit more about the painter's process. I have no professional ambitions in that area so I find painting really relaxing. I do a lot of walking and find just absorbing the city very stimulating, same thing with travelling.

15 - What other writers or writings are important for your work, or simply your life outside of your work?
I have always been a big reader. Some of my favourite poets include Anne Michaels, Emily Dickinson, Carl Sandburg, ee cummings, and my favourite authors include John Steinbeck, Carol Shields, John Hersey.

16 - What would you like to do that you haven't yet done?
Write a play with more than one character. More travelling.

17 - If you could pick any other occupation to attempt, what would it be? Or, alternately, what do you think you would have ended up doing had you not been a writer?
I'm not sure, I've always wanted to be writing. I suppose academia which in some ways is sort of like being a professional reader. Maybe that's cheating. If I had to pick something totally different maybe a--nope can't do it.

18 - What made you write, as opposed to doing something else?
Even as a kid I was a big reader. When I was younger I wanted to be Gordon Korman.

19 - What was the last great book you read? What was the last great film?
Difficult questions! I just taught Carol Shields's Larry's Party in my first year undergrad class which I think is a great novel that not enough people have read. I like the fact that she looks at character in such a different way. The class seemed to like it too. I thought A Single Man recently was really great in terms of a step forward in film technique - I loved the way they used colour to make the main character seem washed out when he was feeling disconnected from people and vibrant when he was connecting.

20 - What are you currently working on?
I have lots of literary projects on the go, so it is a case of finishing up more of them. At the moment I'm trying to finish a screenplay, a short story collection, and a novel. The last one is really behind.