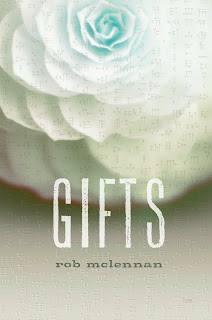 For those who haven't heard, I've a new poetry collection out with Talonbooks this spring, as well as one out with Ireland's Salmon Poetry. The Talonbook, gifts, will be launching in Edmonton through The Factory (West) Reading Series, in Ottawa, at the ottawa international writers festival, Sean Moreland's New Stalgica Poetry Series, and Toronto at the Pivot Reading Series (with possible add-ons in Calgary, Vancouver, Victoria). My fourteenth trade poetry collection, and, what, eighteenth book in total? Yipes...

Hopefully see some of you at one or more of these events!

This is also the book that includes a slightly tweaked version of my ALBERTA SERIES chapbook, sex at thirty-eight: letters to unfinished g., published by above/ground press while I was out west, and online as a downloadable pdf but recently.

I don't know how available (yet) my Irish book will be in Canada once it's out, but I'll certainly have copies of my own available.