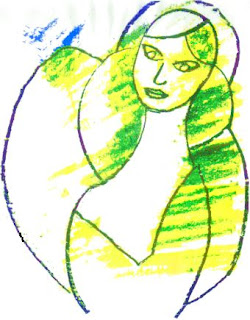 Everyone writes about Leonard Cohen, it seems, eventually. Every poet, every novelist, every journalist, at least a bare reference hidden, between lines. Those who arrived at Cohen in our teens or twenties and have never left. Of all the positions to take, he has various. You’ve done it, I’ve done it, everybody has done it [see my Cohen note from last fall, coincidentally also written in Myrna Kostash’s house]. You weren’t the only one pining for a run-in, Nancy White, but I never needed help with groceries. A word or two, perhaps. I keep the two letters he wrote for me by the bed, close to access if I ever need to see them, show them off, attempting charm through Cohen’s own, in my late twenties and early thirties not yet confident enough to know that if a woman was already in my room, I no longer needed the same hard-sell. For years, Saturday Night magazine seemed to be profiling Cohen a few times a decade, as though any of us would forget. As though any of us wouldn’t be hoarding our back issues featuring our favourite Montreal poet alongside that issue that featured those tastefully-nude photographs of Susan Musgrave. Just admit it. You know you’ll feel better.
Sifting through books and magazines on Kostash’s shelf, I find an issue of Border Crossings on her coffee table (no. 104, 2007) that features an interview and profile by Robert Enright, published to coincide with an exhibition of Cohen’s drawings, “Drawn in Words: Visual works from 40 years,” which premiered at the Drabinsky Gallery in Toronto on June 3, 2007.

The Book of Longing, a collection of poetry and prose Leonard Cohen published in 2006, is about wisdom. Composed by a man who has lived much in the world, and who has come to understand what all that living has been about, it also knows enough to take its wisdom with a grain of salt. While his ability to write remains undiminished, what he writes about has undergone some adjustments. As the poet himself laments, he now aches in the places where he used to play, and his candor in addressing those moments of pain is no less compelling than it was when he articulated his moments of passion. Cohen, in his 73rd year to heaven, remains our most satisfying poet on the complications of love and the loving body.

What is it about Cohen that keeps us so fascinated? Anyone with a guitar has attempted to play his songs, and the list of covers grows and grows. He is the poet our teenagers swoon over, girls and boys both, for various reasons, and with a depth that one grows to further appreciate as his audience ages, causing many to remain. CBC recently showed the hour-long “Live in London” concert, displaying the expected charm and intimate appeal special of Cohen covering his own long list of memorable songs, his own long list of memory. But still, at least one newspaper columnist asked the apprpriate question, wasn’t there a Canadian concert as worthy to show? But they have always loved him better over there, in Europe. Far more than here, even. And certainly far more and far longer than in the United States.

In the new issue of Geist (no. 72, spring 2009), Montreal writer Ann Diamond writes her own peice about Cohen, “Stranger Song: How I (finally) met Leonard Cohen,” writing out her teenage and twentysomething dreams and accidental run-ins around Montreal streets. Her piece moves gracefully between the adolescent swoon and self-questioning love, which perhaps, might also come originally from adolescence, in a memoir that wraps herself around him as a thread through her own history and coming-of-age, writing time after time they didn’t actually meet, or almost, or should have and didn’t, before arriving to tea.

Seven years later, at his kitchen table, I would ask him if he remembered our first encounter. He would not. Right now, though, I’d had enough for one night’s glimpse of the future. And I’d learned an important lesson: one poet leads to another. The universe provides for the pure in heart. On a street corner I’d had a flickering encounter with a mythical figure whose novel Beautiful Losers was one of the sacred texts of the day.

Part of a larger work-in-progress, I’m intrigued at this work; where is Diamond leading? As she writes near the end:

There are times—mainly in youth—when we believe ourselves deserving of exceptional blessings. Times when fate reaches a hand down into the aquarium where we’ve been circling, and offers us a glimpse of a world beyond. Are we really meant to breathe air? Or to end up gasping on the floor?

The title essay in the late Vancouver writer Bruce Serafin’s posthumous Stardust (New Star Books, 2007) also moves through an experience of Cohen, but without the immediacy of Cohen himself, through his own experiences growing up in West Vancouver from 1965 to 1970. Writing about a time just before Diamond’s own begins, Serafin's is a more general generational piece about the 1960s, threading his own reading of Cohen through the growing up that he needed to leave behind him. Writing about the “glamour” of a particular generation that, for him, Leonard Cohen’s work embodied.

Cohen’s poems ‘The Music Crept By Us’, ‘What I’m Doing Here’ (from Flowers for Hitler), ‘The Genius’ and ‘Angels’ (from The Spice-Box of Earth) show this trick at work. The heroic pose, the lyrics using the language of love to evoke grotesque subject matter, the narcissism, the coy glamorization of failure and terror – all this hit home to me and my teenage friends. Of course we didn’t have any real understanding of the severity and pain of failure. But in Cohen’s poems, just as in songs like “Desolation Row,” we found a romantic mode of writing that provided an access to a realm of experience that might otherwise have proved overpowering and beyond our ability to assimilate. [...]

So why did I stop reading him? Well, as with e.e. cummings, another poet I admired, the very intoxication I felt marks the point at which Cohen’s weaknesses can be observed: the playing to an audience, the easy stylization of experience. Vanity was Cohen’s element, just as a black leather sportscoat was his favoured dress, and the consequent staging of the personality that I now sense everywhere in his work meant that an infatuated intelligence instead of an alert one was the order of the day so far as his readers were concerned.

Later on, he writes that “[t]he truth is, experiencing Cohen was uncannily like experiencing infatuated love.” Is this the difference? Is this what Diamond gets, able to work through her love and engage with it, whereas Serafin falls out of his altogether? Or did Serafin fall too hard too far to do anything else than leave it all behind?
Posted by rob mclennan at 8:32 AM
Labels: Border Crossings, Bruce Serafin, Edmonton, Geist, Leonard Cohen, Myrna Kostash, New Star Books, Saturday Night

The Leonard Cohen story at Geist is now updated with an interactive Google map!