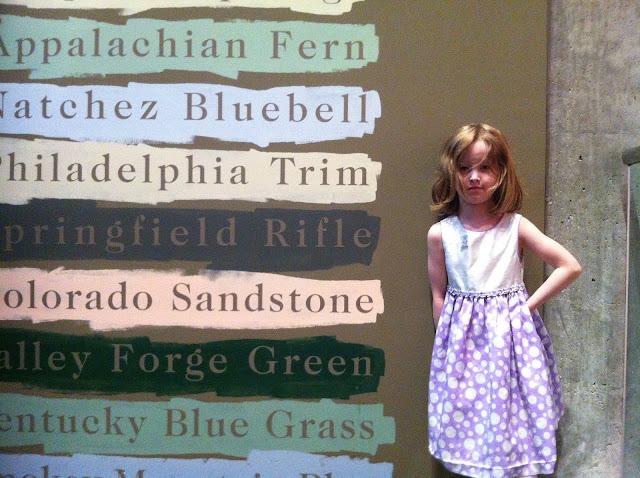 For those unaware, this past Wednesday and Thursday were strike days for Ontario teachers, given the provincial government is attempting, yet again, to cut and cut and cut and cut (we support the teachers, obviously). Given Aoife was only a half-day in preschool on Wednesday but a full day on Thursday, I kept her home on Wednesday, and the two girls played ALL DAY and had a grand time dismantling the house (okay, not as badly as they had the prior strike days, but still). They even managed to help a bit, after a certain amount of complaining, with housecleaning.

I attempted to take them out in the afternoon to run around Billings Bridge Mall for a while, and collect some muffins or donuts for them, but they declined, happy enough to be home. Who knew? 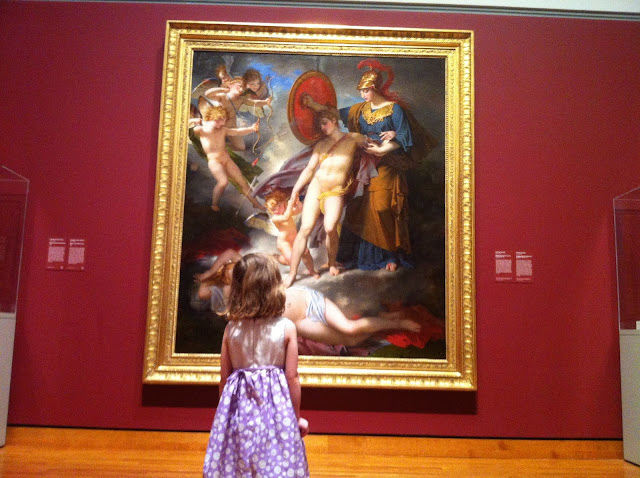 On Thursday, Rose and I did a repeat of what we'd done during a prior strike day, which was to head off to have lunch in the food court of Billings Bridge, before a couple of hours spent wandering the National Gallery of Canada. While a strike day often means a day I don't get any work done (I'm not good at those), they at least do provide an opportunity to do some one-on-one stuff with the young lady, especially given so many of my weekends are spent on the farm caregiving my als father. Also, a six year old in the gallery is one thing (and she had to be told repeatedly to stop running through the gallery, both by myself and multiple security guards), but a six year old and a three year old I would think would be nigh-impossible. 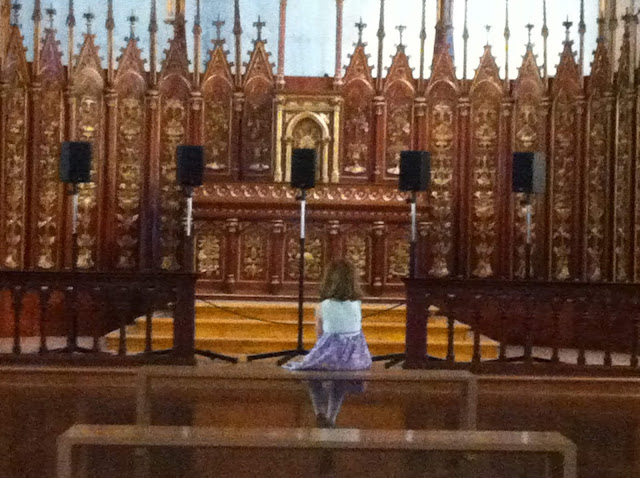 It was curious to watch Rose, yet again, traverse the gallery space. She moves constantly, pausing occasionally to absorb pieces. Her preferences appeared to be portraits, and she often asked questions about the renaissance paintings: "Is that man being murdered?" "What is that angel doing?" "Is that woman dead?" etcetera. She seemed less taken with the more abstract and contemporary works, but we still worked our way through. There was an exhibit of photography from pre-World War II Japan that I found absolutely fascinating, and would highly recommend. She seemed to enjoy those, as well as the choral music in the Rideau Chapel (the small church building hidden inside of the National Gallery). 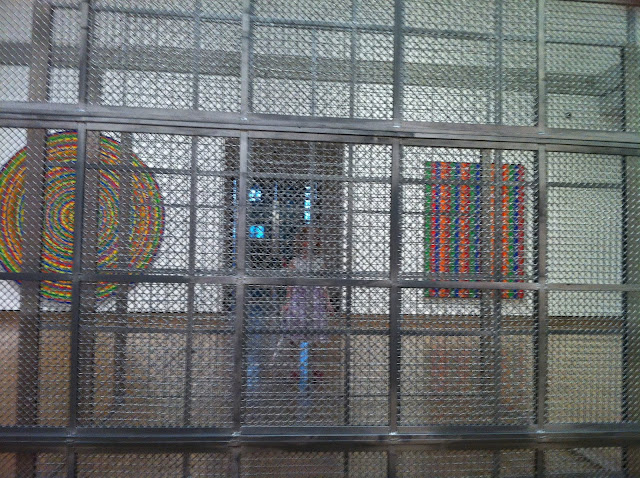 It was entertaining to see a piece that Christine and I had encountered at the AGO back in December 2012, so I replicated a photo with Rose that Christine took of me [see the photo of me from that visit here]. Rose, of course, was indifferent to that, and to the Greg Curnoe pieces I attempted to show her; she wanted to see more of the portraits.

We're luckier than most, given I'm home during the day, compared to numerous other families with both parents who might work out of the house. I mean, it just means I get less done. While I would rather she be in school learning things (and me at home working), it is good to take breaks, right? But already I'm hearing there are potentially two further strike days this coming week, on Tuesday and Thursday. And isn't Friday already a PD day? God sakes.