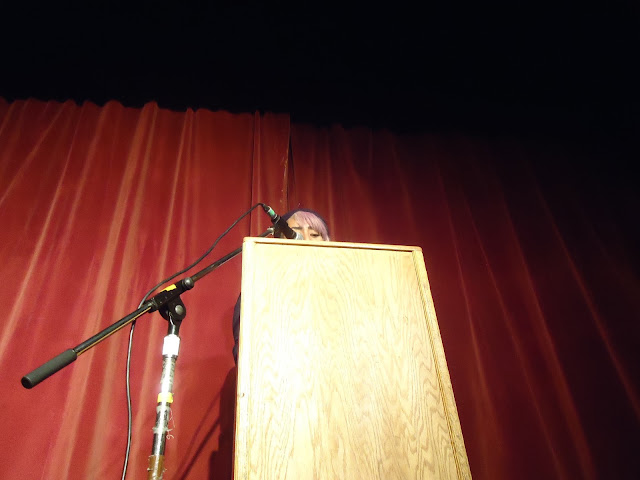 See the first part of my Meet the Presses report here, and the second part here. And of course, a similar report on the fair by Hamilton poet (and ottawa poetry newsletter contributor) Ryan Pratt.

Cobourg ON: I meant to deal with this in an earlier post [like so], but only now managed to locate my copy of Stuart Ross’ Cobourg Variations: a bunch of poems and an essay (Proper Tales Press, 2015), a title self-described as a “revised an expanded reissue of Stuart Ross’s 2011 classic [that] contains two new poems and a new haiku, plus he improved some of the stuff.”

I find it fascinating to see how Ross reacts to moving from a large city to a smaller one, especially one I have a passing (read: incredibly tenuous) awareness of (my maternal grandfather was born there, and most of his immediate family are buried there). As Ross writes to open his post-script, “THE TERRORS OF TINY TOWN: AN ESSAY”: “Okay, so I lived in a big city for half a century, and then I moved to a small town about 75 minutes away. I didn’t know what I was getting myself into. It took me leaving Toronto to realize why about half the membership of the Writers’ Union of Canada lives in that city.”

Ottawa ON: I might have picked it up in Ottawa, but Hamilton poet Gary Barwin was also carrying copies of his phases of the harpsichord moon (Ottawa ON: AngelHousePress, 2015), a reissue of his very first chapbook from way, way back in 1985. As he writes in the post-script, “New Phases of the Moon”: “In 1985, when I was 21, I published phases of the harpsichord moon, my first individual publication and the first chapbook released by my micropress, serif of nottingham.” He goes on to write:

One of the final requirements of the class with Frank Davey [at York University] was to create a chapbook press and a chapbook. So, I began “serif of nottingham” press and created the phases of the harpsichord moon chapbook in an edition of 100. Frank suggested that the members of the class could sell their chapbooks at the new Meet the Presses monthly book fair down at Scadding Court Community Centre, run by Stuart Ross and Nicholas Power. This was how I connected with the Toronto small press community which inspired me then, and continues to inspire me now. I am currently part of the collective Meet the Presses which runs the Indie Literary Market, the descendant of that monthly book fair.

There is something quite compelling to seeing how someone like Barwin, who has been an established writer for some time, started out so easily, relatively speaking, simply by taking the right class at the right time, having been prompted by an early teacher to start producing. Most who are given such prompts don’t end up doing much more, certainly not as much or as long as Barwin, but one can see the beginnings of what he later produced through this utterly charming typewriter sequence heavily influenced, as he writes in his post-script, by the work of bpNichol (who was also teaching at York University at the time). This is an easygoing, unselfconscious and complex sequence of threads that engage a wordplay in and around each other. How many other writers have such compelling early work, let alone work that is examined in such a way some thirty years later?

its before
the war/the parlour
harpsichord the parleur
her heart like
the moon rising o
maybe the goldberg
bach straying
to the relative
major: a relative
then a
c chord wistful
her fingers
curved and gentle

This new edition also opens with a brief introduction to the collection by poet and critic Gregory Betts, that includes:

We are all gathered to see how a 21-year-old Barwin plays Bach with his new bpNichol. Influence passes through him like a word through an instrument. An exuberant disruption, a suitcase you can enter and vacation within. He is holding Laura Secord’s hand as she guides him like a cow, a chocolate cow, into the maws of the shopping mall. The projector shoots letters between the trees. They stick like teeth on punctuation. His is an uncommaed talent.