Morton grew up in Alberta, and moved to Ottawa soon after completing an MA in English at the University of Alberta in 1979. He has performed and recorded his poetry with First Draft and other music poetry groups, and his collaboration with Ed Ackerman, the animated film Primiti Too Taa (1988), based on Kurt Schwitters’ Ursonate (Sonata in primitive sounds), led to a Genie nomination, a Bronze Apple, and other international film awards. He has been writer-in-residence at Concordia College (Moorhead, MN, 1995-6) and Connecticut College (New London, CT, 1997).

From 1982 to 1989, he was editor and publisher of Ouroboros [see the 2015 bibliography and interview with him here], an Ottawa-based publishing house that produced books, chapbooks and ephemera, producing works by himself, as well as a number of poets around him at the time, including Susan McMaster, Chris Wind, Robert Eady, Margaret Dyment and John Bell, and culminated in the anthology Capital Poets, which included work by Nadine McInnis, John Barton, Christopher Levenson and John Newlove. He is currently one of the organizers of The TREE Reading Series. 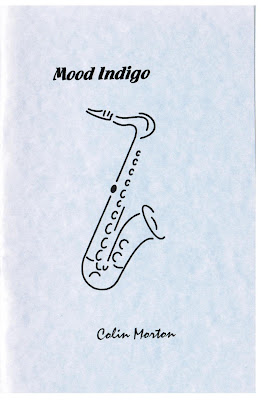 Q: Given your history with Ouroboros, I’m curious about the way you started Grove Avenue Press as a much smaller series of publications. What was the original impulse for producing chapbooks, and how did your experience with Ouroboros impact upon the form of the new press?

A: As with Ouroboros, which came about because I had written “Poem without Shame” and could imagine a format for it, Grove Avenue Press began as a DIY publication for Mood Indigo, the series of jazz-inspired lyrics I had written while listening to CDs borrowed from the public library. It’s essentially a craft project. I’d upgraded to a laser printer and, with an outsized stapler, I had all I needed to make books at home. I did an edition of 26 copies numbered A to Z, slapped on some clip art of a saxophone and had myself a reading script for any number of suites I performed with my friends Alrick Huebener on bass, Gavin McClintock on sax, and Jennifer Giles on keyboards. I liked the result and put out a notice in the League of Canadian Poets newsletter and elsewhere that I’d like to do some more chapbooks, all in limited editions of 26 copies. You spotted that, rob and a few nights later handed me the MS of a history of trains at a reading at Carleton U. I liked the evocation of your rural roots in those poems, and I liked the blue-denim cover paper and the clip art I found for the cover. There’s the satisfaction of making something, even if it’s desktop publishing.

Ultimately, though, it was the limits of my technical capabilities that made me lose interest in the chapbooks. I was taking new technology and using it to make a barely adequate facsimile of a real hand-made, artist-made book.

Q: What was the initial response to the chapbooks? How were they distributed?

A: With a print run of 26, distribution was simple. Half went to the author, half stayed with me and were shown/given to people who might be impressed. The initial response – that is, the response from the authors – was good. For both Maxianne Berger in Montreal (Crossing Lines) and Rachel Loden in California (My Domain), my chapbook call came as a challenge to get a long-contemplated first collection together. My Domain came out right around the same time as Loden’s chapbook The Last Campaign from Slapering Hol Press. That’s a beautifully produced piece of art, and the contrast with my humble Grove Avenue product helped convince me that my little DIY project was never going to be remembered for treating fine words with the respect they deserve. When I did Wendy Battin’s chapbook Lucid Dreaming, I just took the cover image and the poems from her website. So I was creating a hand-to-hand copy of an original work that was already available to anyone on the Internet. That might have seemed like a novelty in 1997, but it wasn’t then, and today I’m even more skeptical about what I was doing. It’s a beautiful thing to hold a fine book in your hands, it’s true. But I didn’t have the skills or inclination for that. Having produced a gift item for a few friends, I let the project go. Of course, writers when they’re starting out love to have a book, however small. Years later, when Mary Lee Bragg pulled her growing pile of poems together into a collection, I guided it through the press and resurrected the name Grove Avenue Press.

Q: How were authors originally selected? How did you first come across the work of American poet Rachel Loden, for example?

A: Rachel Loden’s a fascinating writer. At age 16 she flew across the country to attend the Berkeley Poetry Conference in 1965. I think, rob, you reviewed her brilliant teenage notes and observations on the poets she met there, Kulchur Girl. She has made a name since with Dick of the Dead and Hotel Imperium, and her language is fired by a peculiarly American outrage. Her personal animus against Richard Nixon goes back to the McCarthy anti-Communist hearings, where Nixon prosecuted her close family members, and the injustice has been feeding her poetry ever since. Back in the nineties she was just coming out with this work and quietly getting involved on the Net with a listserve community I was active on back then – CreWrt-L, an online collection of creative writing teachers and former students who shared their drafts and aspirations. Other chapbooks from Wendy Battin in Connecticut and Maxianne Berger in Montreal also came through that listserve. So the one call for submissions gave me some good material and enough experience to know that using a computer to print leaflets was, even then, so last-year.

Q: I wouldn’t entirely agree that the form is exclusively past-tense. But, at the same time, has that prompted any consideration on your part to update the ways in which you produce works?

A: The Internet is a great way to reach into the isolated corners of the culture and connect with people of similar interests you wouldn’t otherwise encounter. I’m sure it has had an influence on the way writers produce texts too – not just search and copy, mix and spin. But in that respect I’m a 20th century writer. Sincerity means something to me. Even meaning. Ironically, it was in the 70s and 80s that my ideas, though mostly derived from earlier generations’ radicals, pushed the boundaries of my technical abilities. Cassette tapes survive, but barely. A new tool, like a computer, may be seized upon for a multitude of applications. Later, as the technology matures, we learn what it is good at, what is not so much worth the effort. 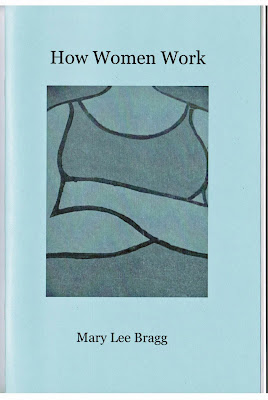 Q: One thing that strikes as a difference between Ouroboros and Grove Avenue Press is in how much the former was tied geographically to the local, and the latter was far more wide-ranging, with Rachel Loden from San Francisco, Wendy Battin from Connecticut and Maxianne Berger from Montreal. Was this something you deliberately wanted for the press, or was it simply the result of timing: the expansion of the internet between Ouroboros and when you started producing Grove Avenue Press chapbooks?

A: Both with Ouroboros and Grove Avenue, I drew initially on my close contacts, those I was talking to about writing regularly. I did reach out with Ouroboros, publishing pieces by Richard Kostelanetz in New York and Nancy Corson Carter in Florida. By the mid-nineties, there was a sort of stone-age facebook helping people connect on the Internet. A notice from John Oughton in the League of Canadian Poets newsletter tipped me off to the CreWrt-L listserve, which was active long before the League’s listserve. Through CreWrt I made friends with Rachel Loden and Wendy Battin as well as other American and Canadian writers and others. Scott Olson invited me to be writer-in-residence at Concordia College in Moorhead, Minnesota, and while I was there he acquired the long-running literary magazine Ascent, now an online magazine. Wendy Battin’s partner Charles O.Hartman recruited me for a term as writer-in-residence at Connecticut College. Poet and publisher H. Palmer Hall edited anthologies and eventually a volume of my poems for his Pecan Grove Press in Texas. It was possible to make such contacts before the Net, even without Jack Kerouac on amphetamines behind the wheel. Ouroboros did help me make such contacts, but it was a slower, less creative process.

Q: How different was the literary landscape in Ottawa between Ouroboros and Grove Avenue Press? Do you feel as though Grove Avenue was engaged in any different kinds of conversations than Ouroboros?

A: The literary landscape does shift, but I think the landmarks haven’t changed that much in, say, the century since Pound resorted to self-publishing and Poetry was a start-up little mag from Chicago. Of course, between the 80s and the 90s, I had gotten older, more “established” as they say in my own writing. But with Grove Avenue Press, as with Ouroboros, I encouraged people working toward their first book and generally saw poetry in the context of the gift economy. As a private printer, Grove Avenue wasn’t so much about developing an audience. I printed enough copies to give to friends or to display at one or two readings. Then they were gone, almost like snow sculptures. They are more like memorabilia than articles of trade. Interesting artworks pop up all the time in this sort of fugitive way, and they will continue to do so. Most of them will disappear and then be forgotten, but they all contribute to the creative atmosphere of a place.

Q: You’d mentioned that you see Grove Avenue as a press more in hibernation than one that has completely stopped. What might prompt a return to producing chapbooks?

A: As you know, rob, there’s a particular satisfaction in seeing something like this take shape. To be in control of the means of production, to be able to decide what to create, how, and when – that’s a creator’s dream. The business side doesn’t interest me as much. So if I were to produce chapbooks again it would be, as before, in small numbers to be given away at an event. Or else as a collectible object – something beautifully produced with fine quality materials. I started Grove Avenue Press because I thought I could do handmade work at home with my new tools. The result didn’t live up to my hopes, despite the excellent poetry the chapbooks contain. It would take something special, in every way, to tempt me to try again.

Laser printed in editions of 26 numbered A to Z