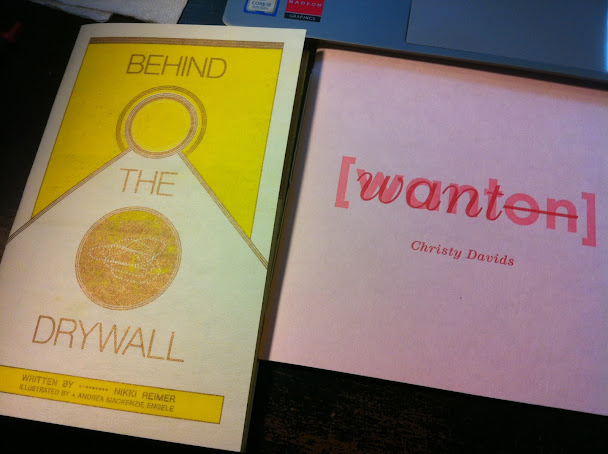 I seem to be on a roll these days, it would seem. Chapbooks?

And you are keeping an eye on what’s been going on over at periodicities: a journal of poetry and poetics, yes? And Touch the Donkey? And many gendered mothers? And above/ground press? And the weekly interviews via the Chaudiere Books blog?

Brooklyn NY: It is good to see a new chapbook title by American poet Christy Davids [see her “Tuesday poem” here], her wanton (DoubleCross Press, 2020), a chapbook-length poem-sequence of accumulated lyric fragments that play with information and commentary around female desire, sexual fantasy, reproductive biology and Craigslist-like personals: “wanted edgy alternative tattooed nerd girl wanted single local / female wanted rough or ravaged wanted reversing role and using / strap-on wanted steady girl for bj weekly wanted something more [.]” There is less a sense of commentary here than simply offering a collage of related information and perspectives, bringing together a series of scraps and fragments to cohere into a larger shape. How does one idea relate to the next? How does one idea determine what follows? As her first footnote, to the line “I can appear fertile,” offers: “A 2006 study in the journal Hormones and Behavior found that women who had their pictures taken during fertile and non-fertile stints were judged to be trying harder to look nice on fertile days, suggesting the hormonal boost of ovulation may translate to real-life decision-making.” Given she has now produced a handful of small chapbooks over the past few years, one can only hope that Davids’ is working toward something full-length.

we are taught (re)production determines
the social value of female bodies, so

I can secrete with discretion
warrant only instances
of mating and sheer
prettiness, perpetual
arousal carousel 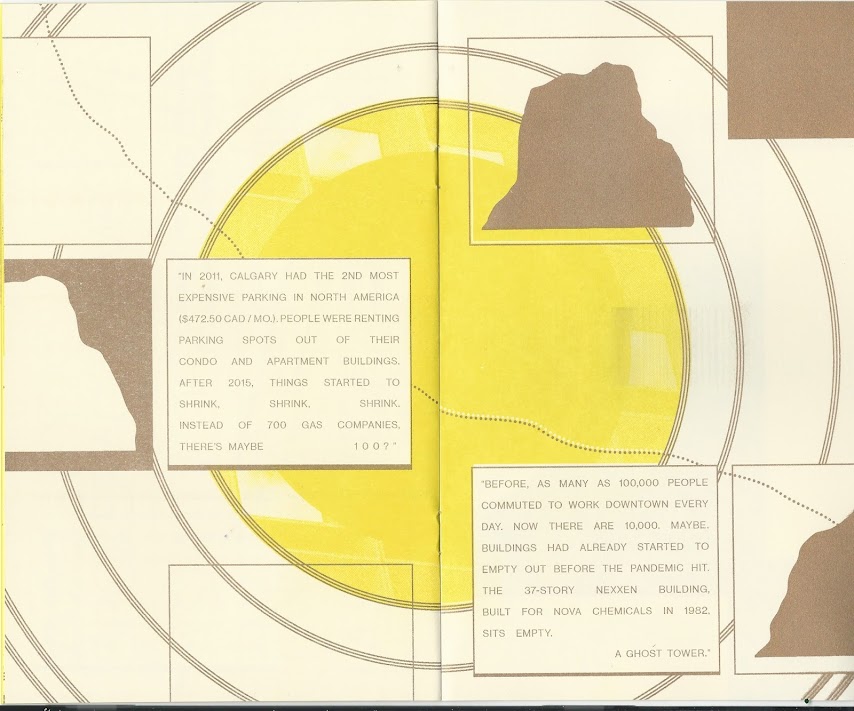 Calgary AB: How does one even discuss, properly, this new chapbook title by Calgary poet Nikki Reimer, BEHIND THE DRYWALL (Gytha Press, 2021)? “Written by Nikki Reimer / Illustrated by Andrea MacKenzie Engele,” BEHIND THE DRYWALL is a title that communicates in tandem, almost in collaboration, between the writer and illustrator/designer. BEHIND THE DRYWALL is composed as a lyric collage set to an illustrated, visual music, offering a critique of Alberta’s oil and gas industry, Calgary’s self-identifications and self-delusions, as well as the capitalist bent that has reduced an expansive and overly-aggressive construction into a downtown abandoned by humans. Hers is a Calgary caught between bust and boom, and the human expense of whichever side of the coin is in current play. In certain ways, Reimer and Engele’s BEHIND THE DRYWALL is a language-driven capitalist collaboration and collage update of Calgary writer Aritha van Herk’s infamous 1987 long poem, “Calgary, this growing graveyard,” which is, once one considers the comparison, a frustrating one, given how little improvement has followed, over those intervening years.