Sennah Yee, How Do I Look?

I bought us pearl earrings for $5 from an elderly vendor in Chinatown. I told him how neither of us had ever owned anything pearl before. He knew they were fake, and so did I, and so did you, but it didn’t matter. Later, you spilled Smirnoff all over the gown you borrowed from your sister. I tried not to stare at the lace and sequins of your bra seeping through the soaked fabric. Having eyes only for you is just a glamorous way of saying that I am blind.

Following the release of two poetry chapbooks through American chapbook publisher Dancing Girl Press – THE AQUARIUM (2014) and THE GL.A.DE (2017) – Toronto poet Sennah Yee’s first full-length collection is How Do I Look? (Montreal QC: Metatron Press, 2017). How Do I Look? is a collection of short, self-contained, observational prose-poems, a number of which reference a variety of degrees of sexual and racial violence, from microagressions and offhanded comments to far, far worse, and the ways in which women are required to constantly be on guard. The short poem “MEDUSA,” for example, that opens the collection, reads:

Beauty, power, and confidence without gaze. Then, a man holds up a mirror and kills her. There is nothing mythical about that. 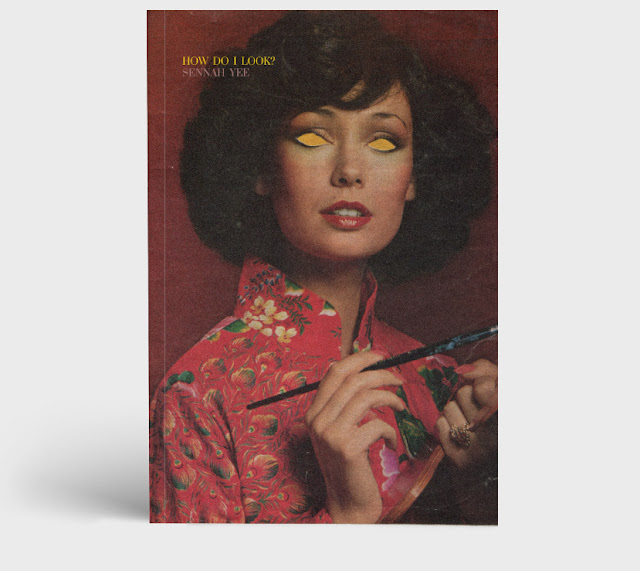 Utilizing a series of pop culture references, including an array of film titles as poem titles, the poems in Yee’s How Do I Look? are smart, wonderfully playful, precise and straightforward, all the while shining a spotlight on some rather dark corners of how people insist on treating each other. “I want to cry when locals ask me where I’m from,” she writes, in the poem “SIEM REAP,” composing out a short tourist scene from Angkor Wat, “because I know they are trying to bring me closer, not push me away.” In a 2016 interview over at Speaking of Marvels, she writes:

My writing’s evolved closer to creative non-fiction, focusing on racism and sexism. I used to be too shy to write about myself. Now I see value in narrativizing life events, even and perhaps especially the ones that make me feel weak and/ or ugly. Being openly vulnerable can feel very brave and strong. I feel like my writing’s become a more accurate reflection of my identity. I was terrified at first to share my short piece for Poor Claudia’s 10 Sources series about micro-aggressions and anxieties as a Chinese-Canadian woman, but the response was touching and validating. It made me want to write pieces that are more powerful and political in their honesty and anger. I want my writing to wake people up.

The poems in this collection feel intensely personal, and exist as a combination of lyric essay, observational moment and condenced scene-study, and her writing very much has the potential to do something absolutely incredible. I want to see where else she goes.

Posted by rob mclennan at 8:31 AM
Labels: Metatron, Sennah Yee, Speaking of Marvels