Our point of departure for this issue was “translation,” in scare quotes because we’ve grown weary of the imperialism of the concept. At some juncture, we began calling it “polyvocal translation,” later shifting to “polymorphous translation,” to mark an element of perversion or disavowal in the concept, along the lines of: we know that this is not English, and yet it is.
Translation is no more innocent than poetry. Neither of these is a value in itself, any more than “Canada” is. They too have not been nice for 150 years, to “translate” the pernicious Roots slogan. We don’t need to look elsewhere for poetry with blood on its hands: the “Confederation Poet” and bureaucrat Duncan Campbell Scott might be a better example than the Nobel Prize winner and bureaucrat Alexis Leger (St. Jean Perse), or the Stalinist Neruda. Of the current celebratory slogan, the filmmaker Alethea Arnaquq-Baril says: “Every single time I see a Canada 150 logo I want to take a Sharpie and add a couple of zeros to the end of it” (quoted in The Guardian Weekly, 02.07.17). (Ted Byrne and Catriona Strang, “Editor’s Note”) 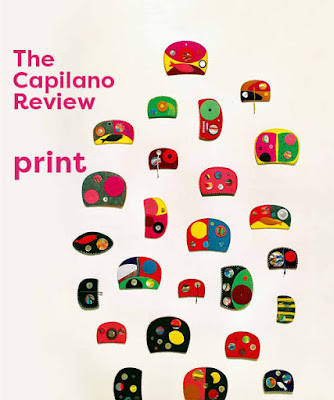 As the editor’s note describes, the latest issue of The Capilano Review (3.32 : Summer 2017) surrounds ideas of translation, both the complicated and the straightforward, including some of the difficulties that emerge when attempting to shift any writing or idea from one language and culture into another. The responses, questions and straight translations are incredibly rich and varied, as Sonnet L’Abbé writes in her poem “CV”: “Let not my colonized verse be called la misanthropie.” There is some really fascinating work in this issue, including an interview with Jean-Christophe Cloutier, editor of Jack Kerouac’s French language writing, Deborah Koenker’s Tortilla Portraits, further of Sonnet L’Abbé’s “Sonnet’s Shakespeare” sonnets (which appears as a trade collection with McClelland & Stewart in 2018), and further of Michael Barnholden’s work on and translations of Louis Riel’s poetry, specifically one of his final compositions, the poem/lyric “Riel’s Composition”/”Riel’s Song.” Both Cloutier’s and Barnholden’s work can’t help but shift consideration for their individual subjects, and most of the work in Cloutier’s volume of Kerouac’s French writing, published in 2016 as La vie est d’hommage, the introduction to the interview writes, was “not known to exist until quite recently.” As Cloutier responds as part of the interview:

All this to say that we can detect the “doubleness” that you allude to in your question all over the map during Kerouac’s formative years. The country is going through it, in the midst of the Great Depression, but Kerouac is living all sorts of personal tragedies and dramas of a particular sort as the son of French-Canadian immigrants in an adopted nation, learning an adopted language. In fact in Visions of Cody, Kerouac gives us a formal enactment of his doubleness through the “split” page where his “French-Canadian side” speaks on the left column and the Anglophone side translates the speech into English on the right column. He calls this, in his 1951 journal, his “Canuck dualism crap.” Isn’t that great? And as I say the doubleness is palpable in Visions of Gerard: we can detect both an effusive pride, love, and nostalgia for French-Canadian culture and manners of being, yet simultaneously a disgust, a shame, a desperation to get away from the hermetic snare of it. To give you an example, he writes with such tenderness and warmth about family suppers, everybody at the table, including his beloved brother Gerard, and explains one of his fondest memories involving the gliding of bread into homemade gravy, a process he and his brother had baptized “passes.” Kerouac also makes sure the reader understands this is a French word, and that it had also a particular pronunciation: “because of our semi-Iroquoian French-Canadian accent passe was pronounced PAUSS so I can still hear the lugubrious sound of it and comfort-a-suppers of it, M’ué’n pauss.” I’ve always loved this passage because of its familial intimacy, and because of the perfect way he found to “sound-spell” the phrase “donne moi une passe,” rendering it phonetically as “M’ué’n pauss.” Now we can really hear it, we can properly reimagine the scene and conjure up the history as it was lived and remembered.

What is fascinating to me through working my way slowly through the work contained in this issue is the realization that even translation shouldn’t be seen as benign or innocent, and the implications of translation can be quite complicated, and even damaging, if done poorly or thoughtlessly. As the editors discussed in their introduction, the idea of translation was their “point of departure,” opening the issue to a wide range of possibilities, from poetry to straight translation and images to memoir, including three powerful memoir-esque prose poems by literary translator and legal worker Lida Nosrati, that include:

In the interest of time

Let us not dwell on the fact that you’ve been humiliated chronically, your language criminalized, your child a guest at the holding centre because such facts are inconsequential anyway. Let us instead discuss the effects of acute humiliation on your del-e bi’arezoo (wishless heart), treat life as a non-adversarial process, for argument’s sake, and try our best to rebel in reverse for no apparent or noble cause. Let us focus on learned helplessness, on normal responses to abnormal events, and remember that absence is proof of nothing, that chance is damaged beyond repair, that your fear is billable, and your evidence sufficiently normalized. Let us be courteous but not nice. Let us have the last word, and demonstrate that reason was unlawful, not unreasonable.

Je suis d'accord Monsieur McLennan. or should i say monsieur mclennan, that the art of the translation is a fine one indeed. I look at the translation of Riel's Composition in the Capilano Review and I see Riel's subtle use of rhyme, si au courant in the 19th c, HIS century, and how much is lost in this translation indeed. Riel was known for his puns, his double-senses, his love of language - he was perhaps one of the great orators - he must have been, otherwise why would he have been so dangerous to so many?
Where the translator in the Capilano Review version writes, 'We must celebrate', Riel proposes, 'One must make famous', or more specifically,one must 'render' famous; the act of rendering implying so much more than to 'celebrate', it is to distill, to make something so potent that it will, after all, survive his death.