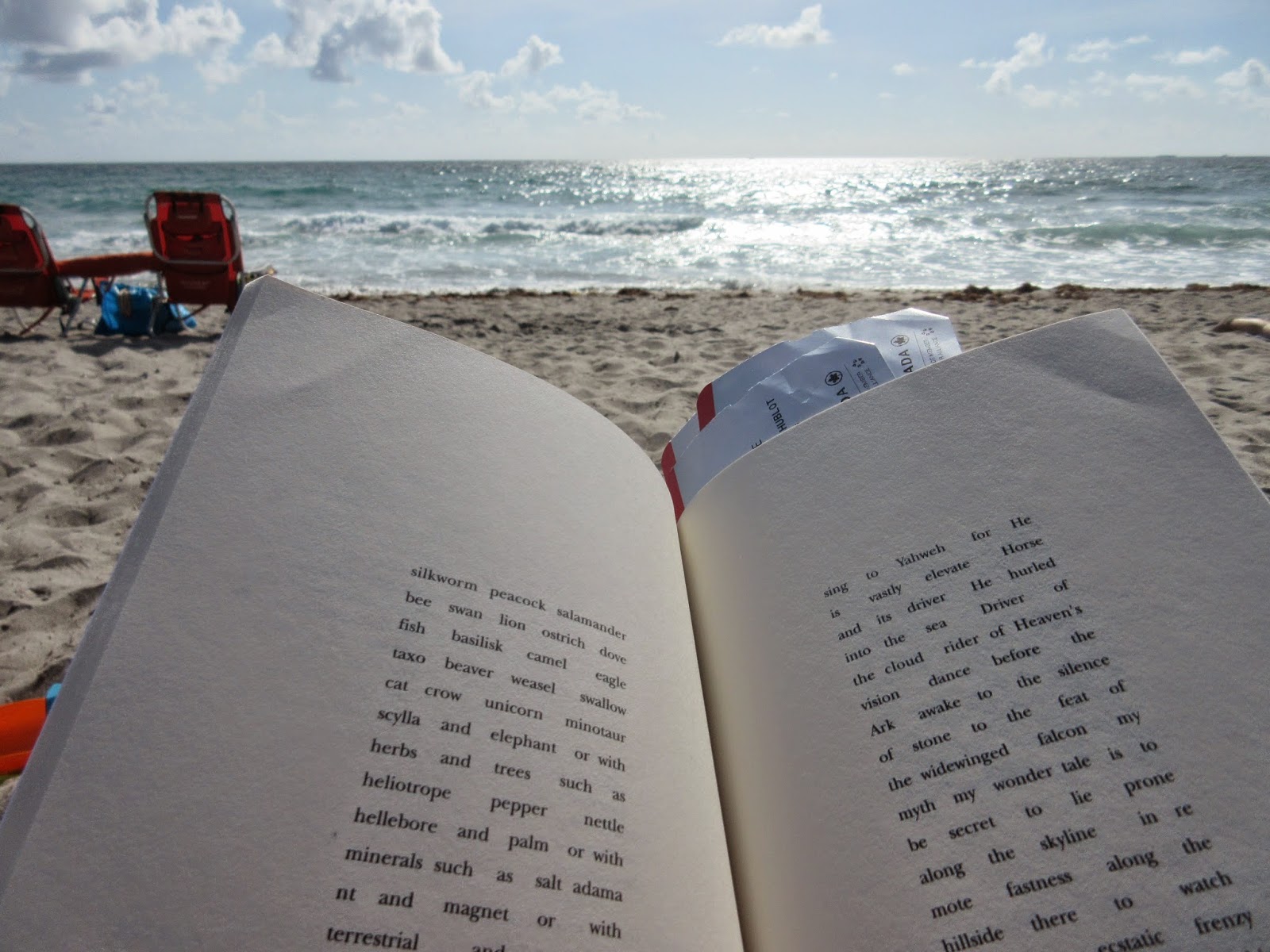 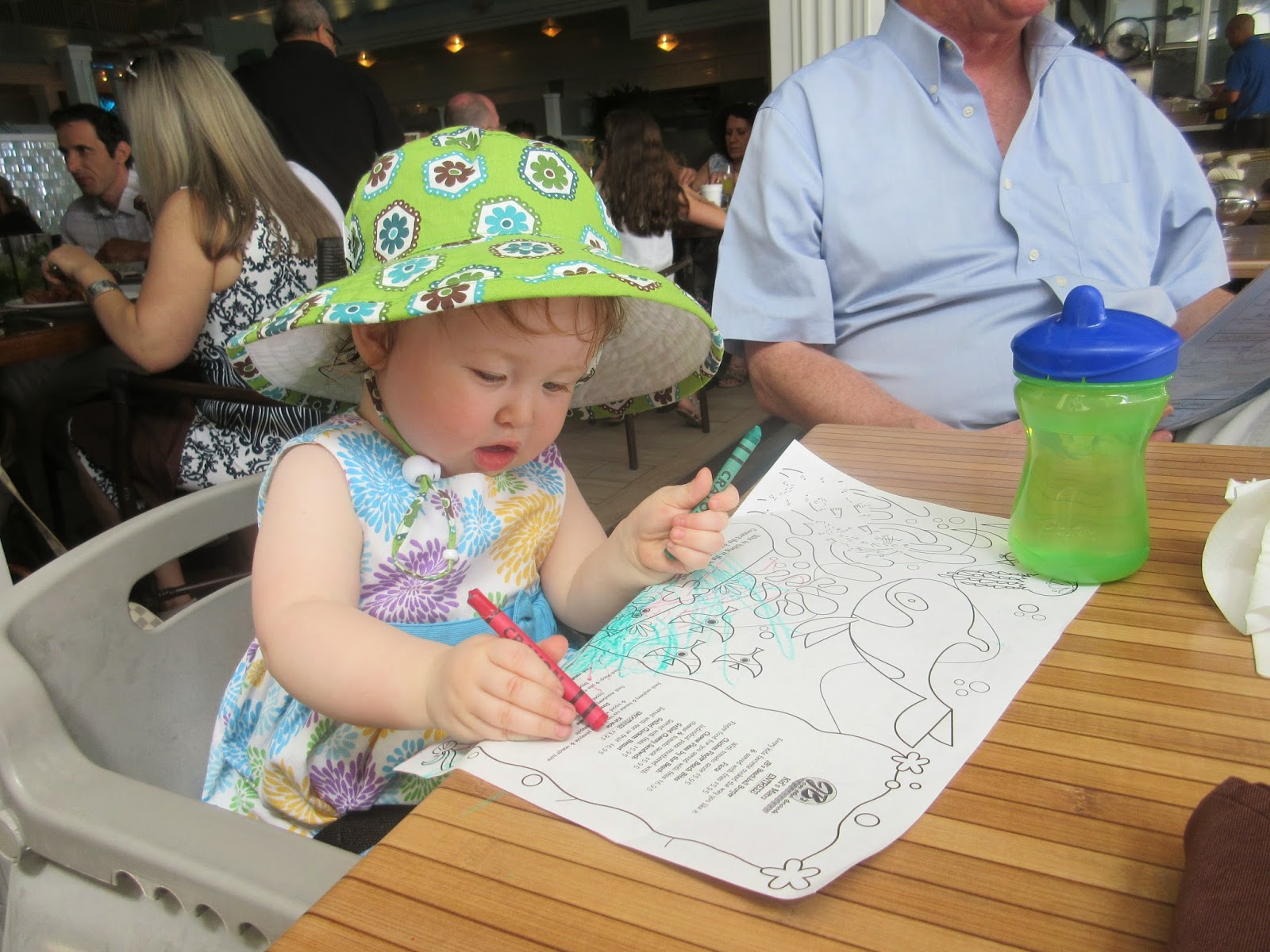 Our third annual Boca Raton visit, at father-in-law’s condo. We spent a week in sunny Florida, arriving in April instead of our usual February [see last year’s reports parts one and two, and the year prior here, as well as a link to the recent chapbook that appeared with poems composed during that first visit], given some of Christine’s recent work-stuffs. Easter in Florida was interesting, although it flummoxed some of the plans that mother-in-law and dear sister might have had for us (Easter lunch/dinner), heading here on the immediate heels of Washington D.C. [see that report here]. Given that Washington was a work-trip, we of course had to return home before flying out again the following day. By the time we arrived on the Florida ground, I was so done with airplanes. 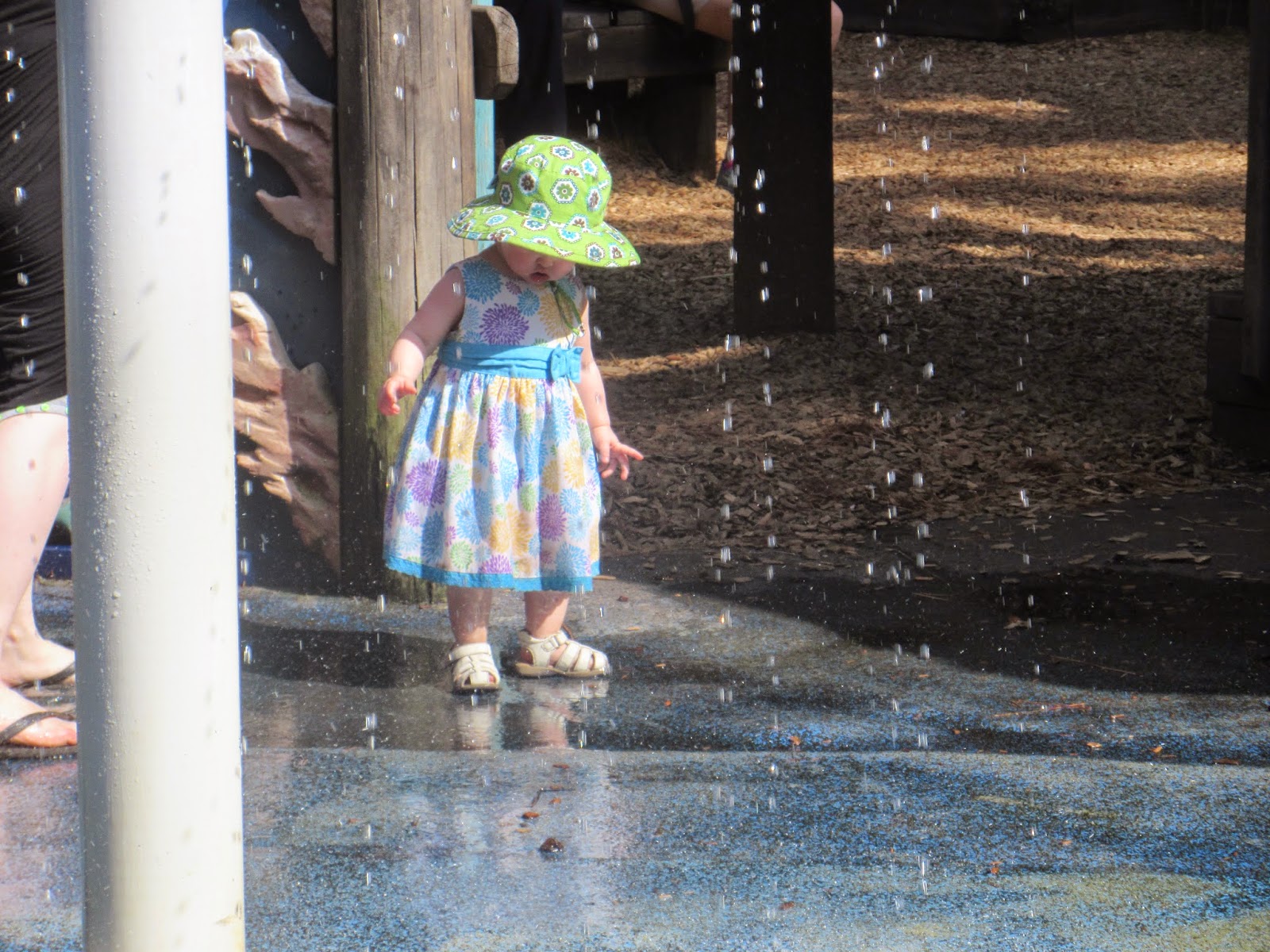 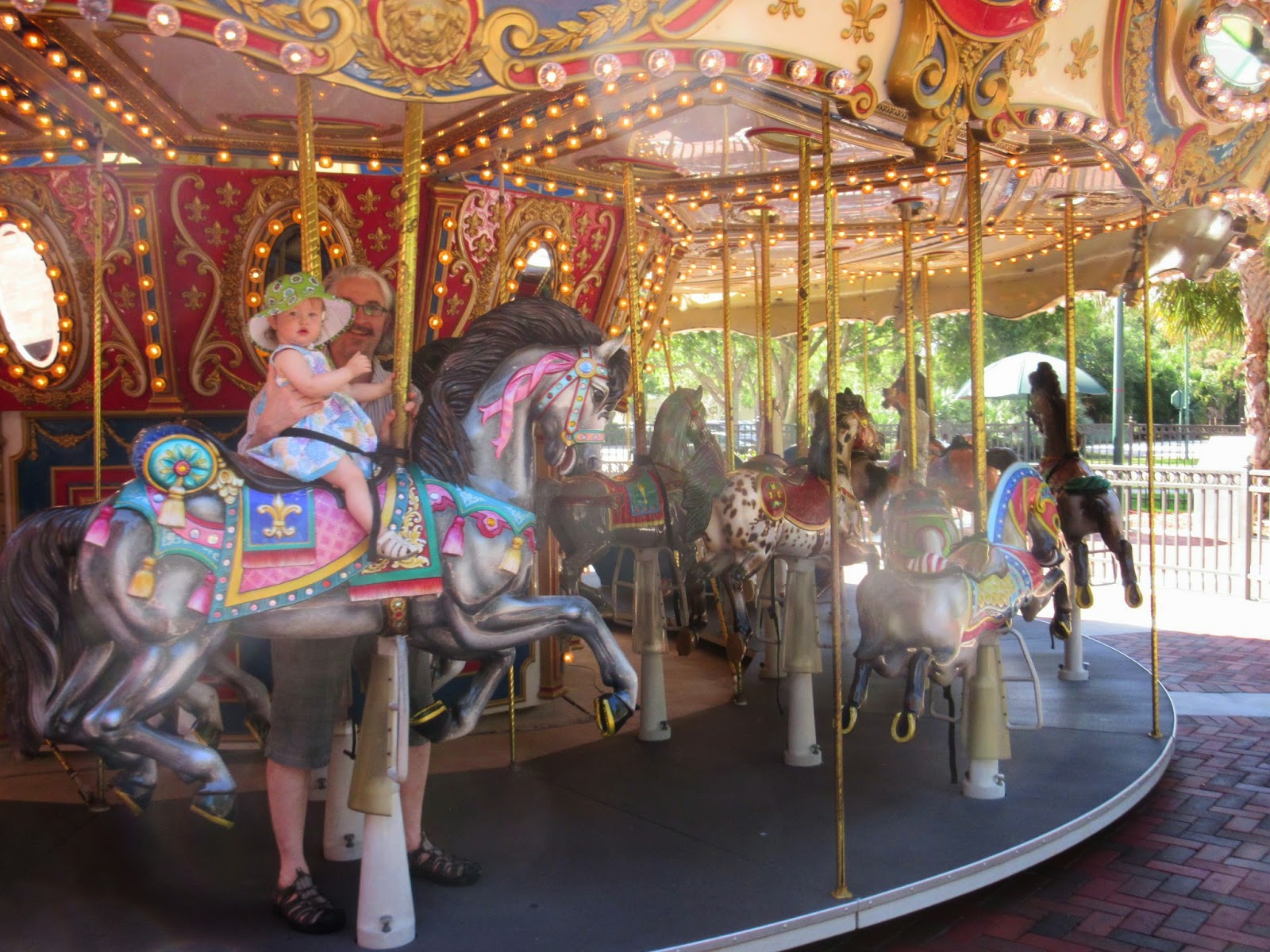 Upon arriving, we spent a few days with father-in-law and his wife, Teri, doing things such as going to lunch on the beach, going to the beach, and simply lounging about. We even found a park with a carousel [a park that, once Rose is a bit bigger, I imagine we’ll be spending plenty more time at]. Rose enjoyed the carousel and the running, the running, the running. She marvelled at the other children, as she does (somewhat confused and intrigued by them). And the running.

I poked at some poems, read some of the books [top photo: Susan Howe's Frame Structures: Early Poems 1974-1979] picked up on our Washington trip (among others), and generally tried not to move around too much. Worn out after an extended period of intense work (see my thirty Jacket2 commentaries, for example) and rather intense few days in Washington (again, see here). Once home, I plan to hit the ground running on poems and fiction and possibly some other schemes, both new and old, but for now, I am deliberately moving at a rather slow speed. 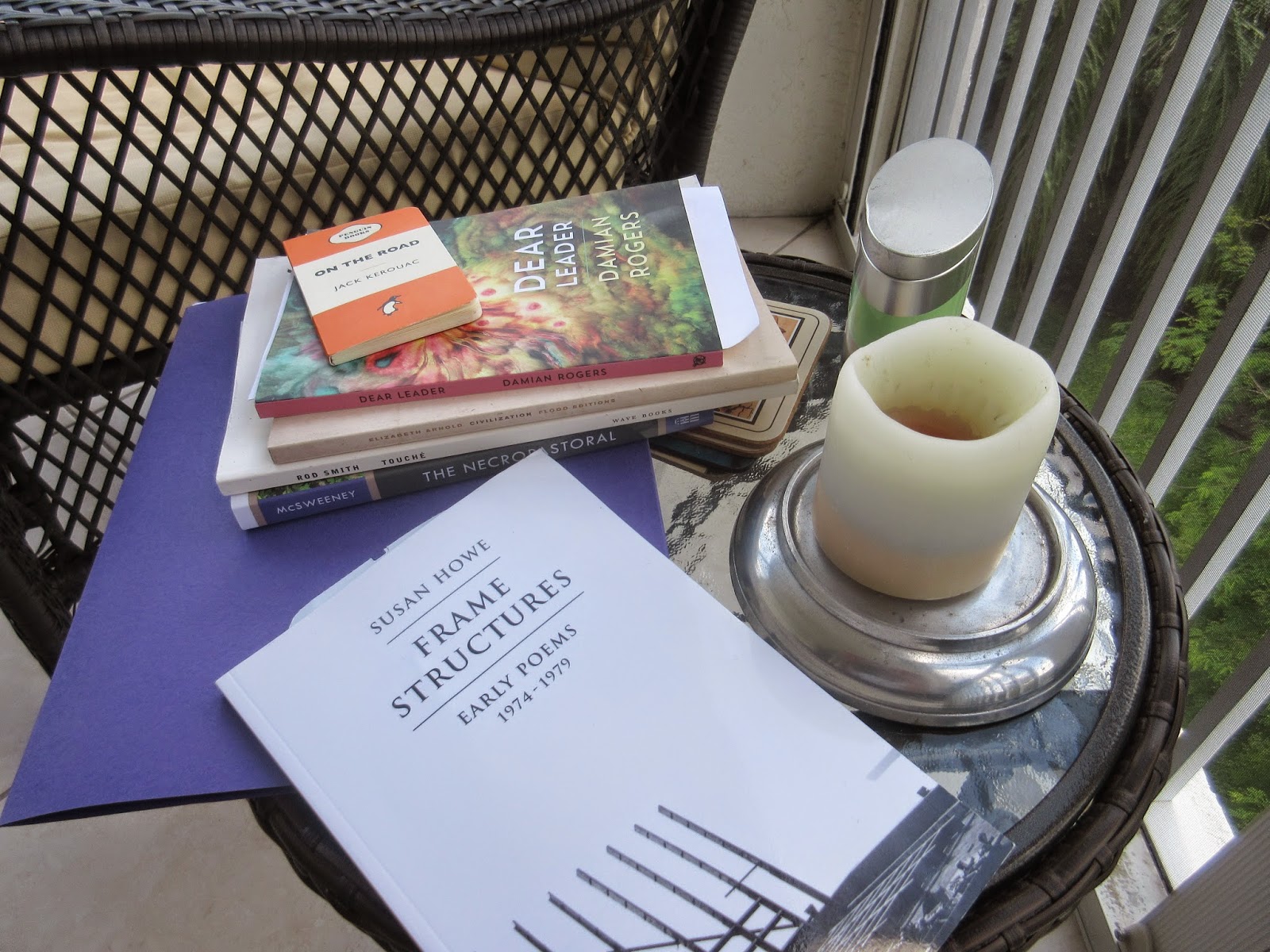 I move through Susan Howe, and Damian Rogers' second poetry collection. I had the wee lass colour upon a variety of postcards with crayon, to send to folk back home. Including a couple to big sister Kate. 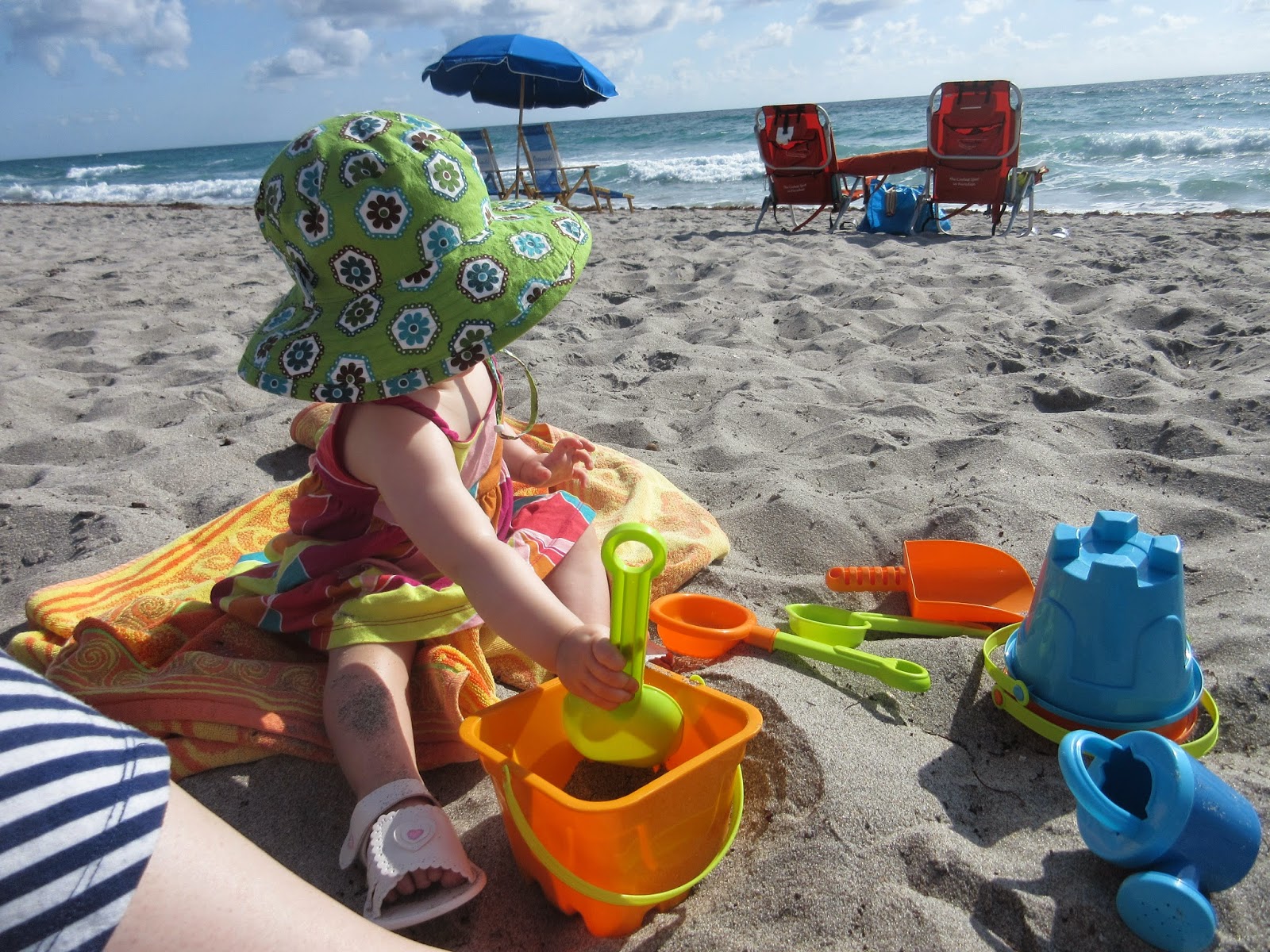 We spent time on the beach. Rose, with her beach toys. Me, with my book(s).

Over the past week-plus, Rose was completely thrown off her nap and sleep schedule. Had a meltdown through the Ottawa airport coming here (which really never happens). Full-blown meltdown. At least they shoved us through security super-fast (an unexpected benefit, I suppose). Washington was what it was, so attempting to get her at least closer to her proper schedule while we’re down here. Hoping. Nearing the end of the week, we were starting to return to almost-normal. A couple of wee meltdowns. Hoping we can calm her within a day or so of home. 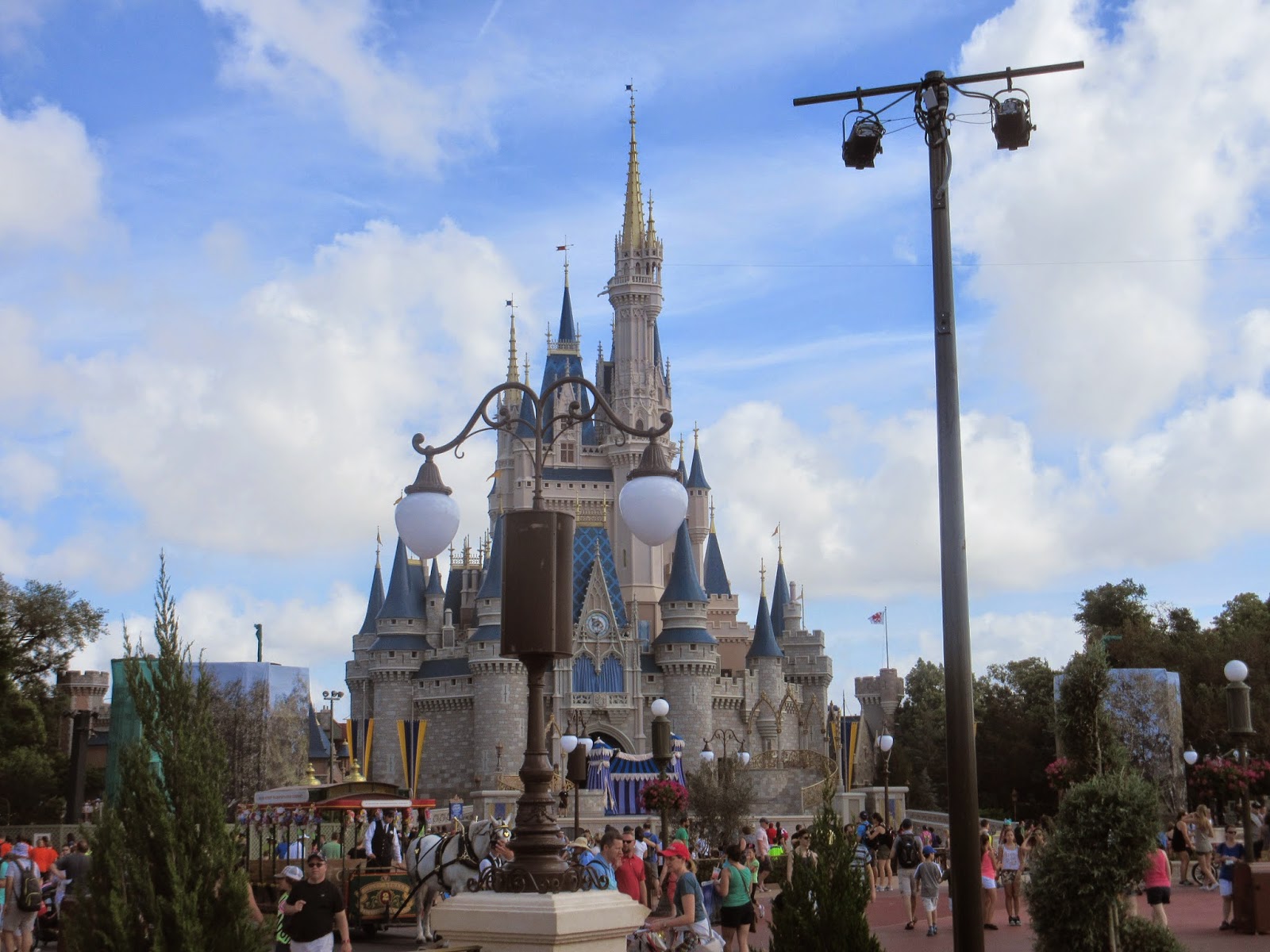 And then, of course, on Tuesday, we drove down into the bowels of Disneything.

I could have lived without Disneything, and had to be convinced. We spent the entire day there on Wednesday, with the morning at the Magic Kingdom and the afternoon into the evening at Epcot, and I enjoyed it far more than expected. Rose, of course, loved it; she eventually managed to sleep in her stroller, but didn't really let us sit down at all. At all. After ten hours of walking and wandering, rides, feeling overloaded by park and/or attempts to wander through gift shops, we were bone-tired. Sore upon sore. 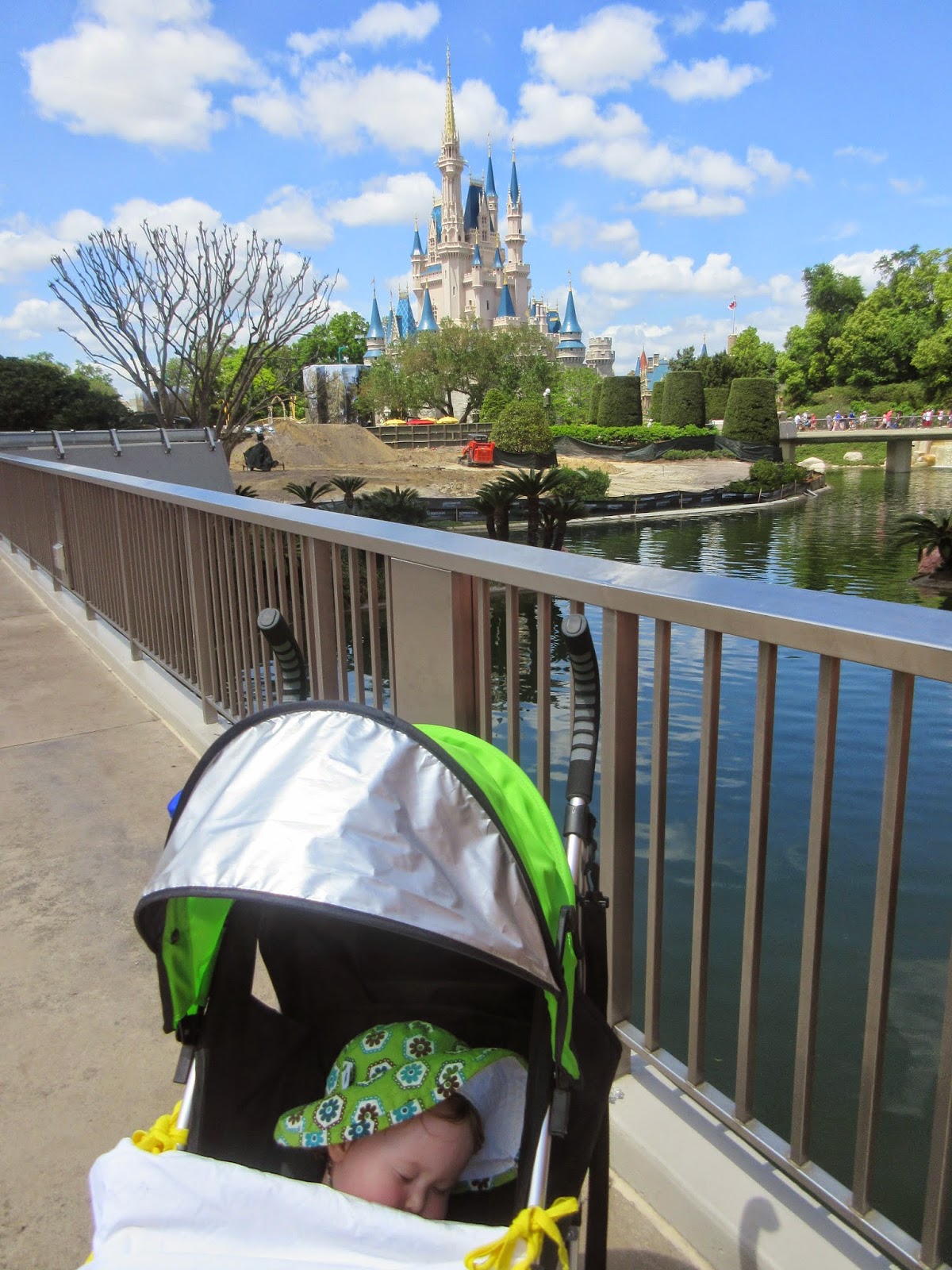 Rose, who slept during the period between Magic Kingdom and Epcot.

The "Small World" ride was rather iconic, admittedly (I'm one of those who believes it was all 'better before Walt died,' and have good associations with some of the older films, productions, etcetera). I may be aware of some of the newer characters, but could really care less. 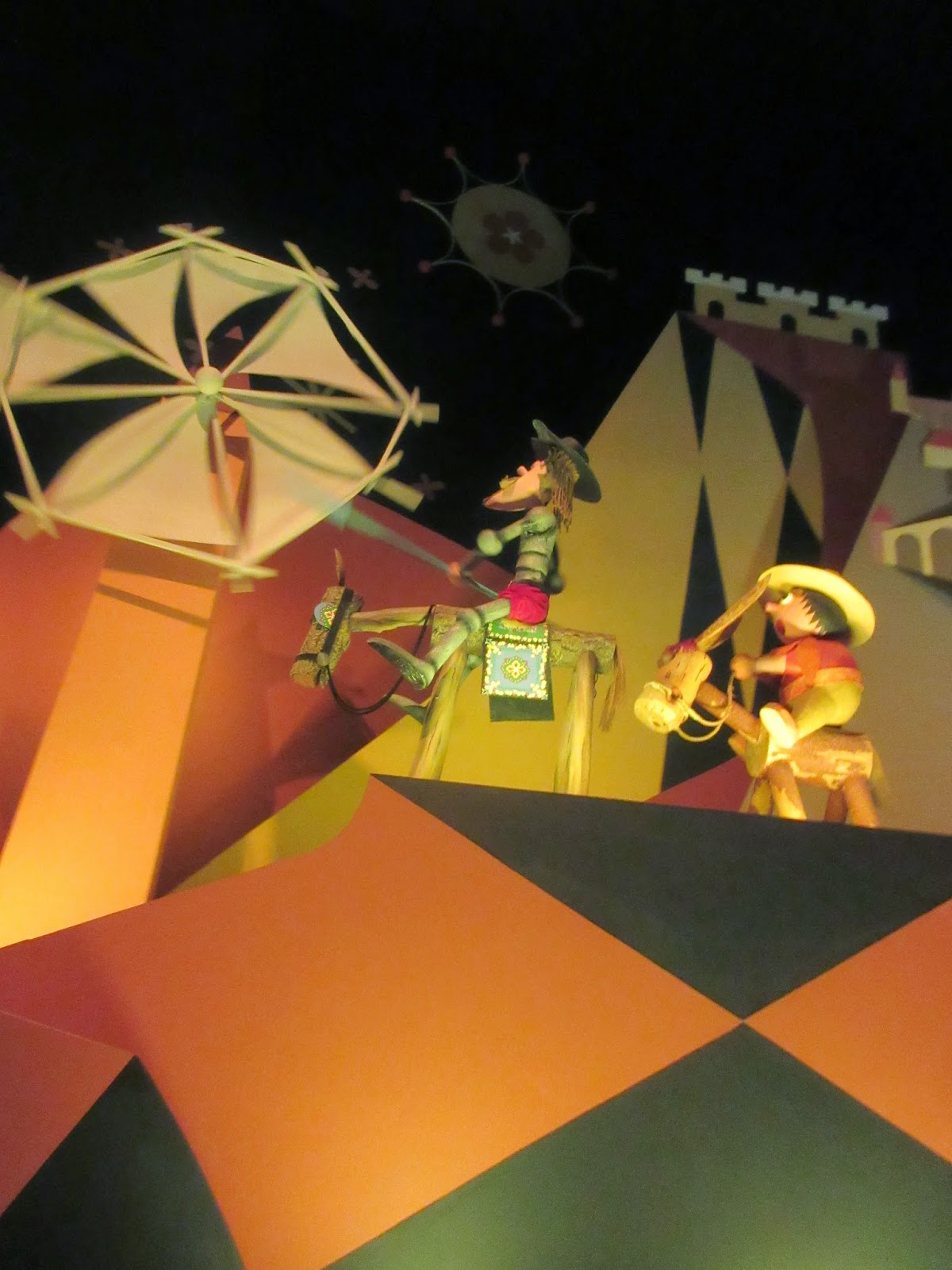 Don Quixote in the "Small World" ride, tilting. Ever tilting.

I saw Quixote references in Washington the week prior, also. Is this a push that I should be working to re-enter that novel-in-progress? Finally? 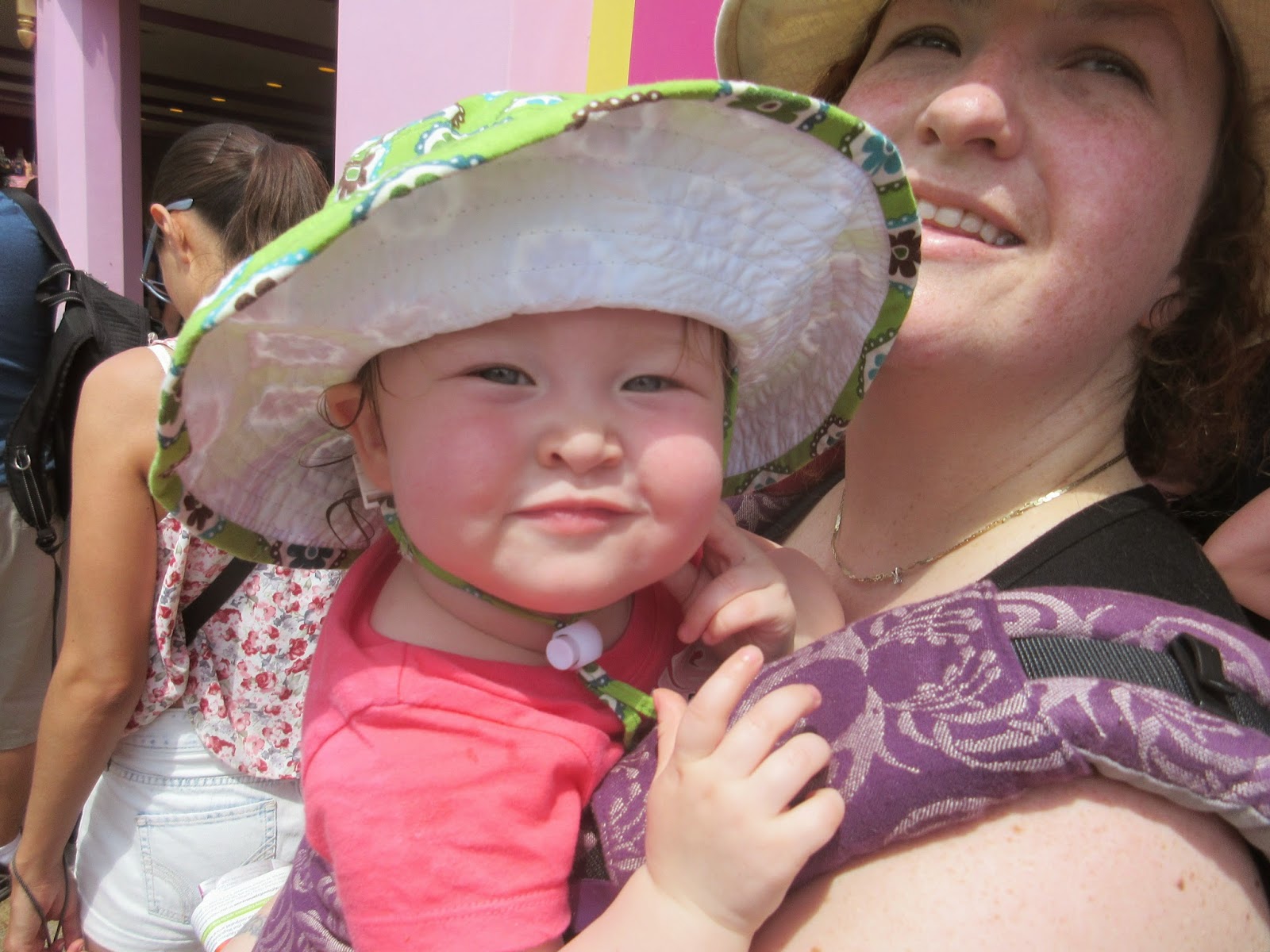 I admired the efficiencies of the Disney landscape. The workmanship and the cleanliness. They must employ a million billion people.

I felt overwhelmed by the range and the scope of their reach. Too much, too much. An American version of the city-state, much like the Vatican. Too much.

We wandered the park and rode the monorail (singing, "monorail. monorail. monorail..."). We ignored the characters, given that Rose doesn't know who any of them are anyway. She was happy to run, and sit on the occasional ride. She enjoyed eating. 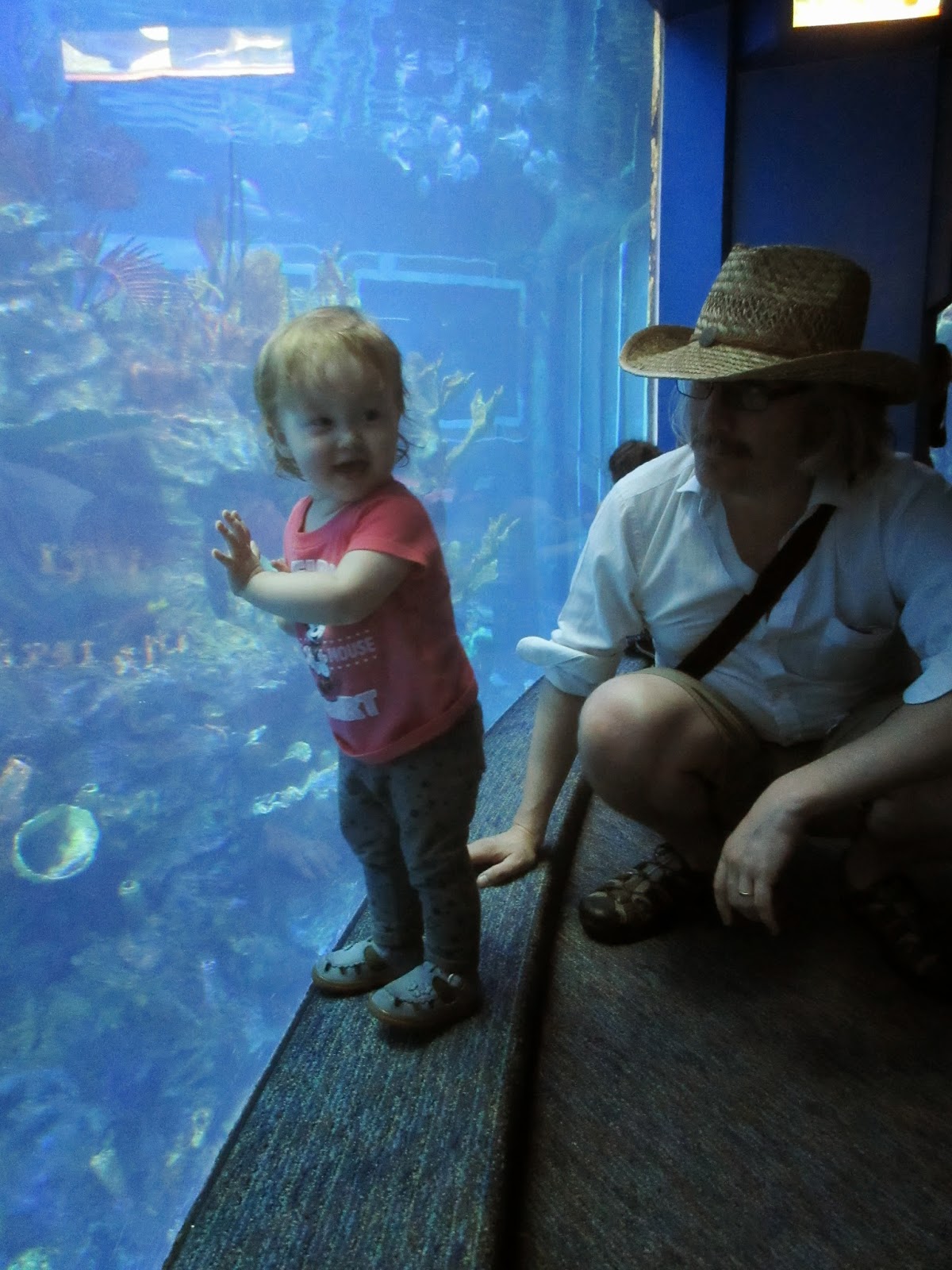 She enjoyed looking at the fish in the "Finding Nemo" ride. 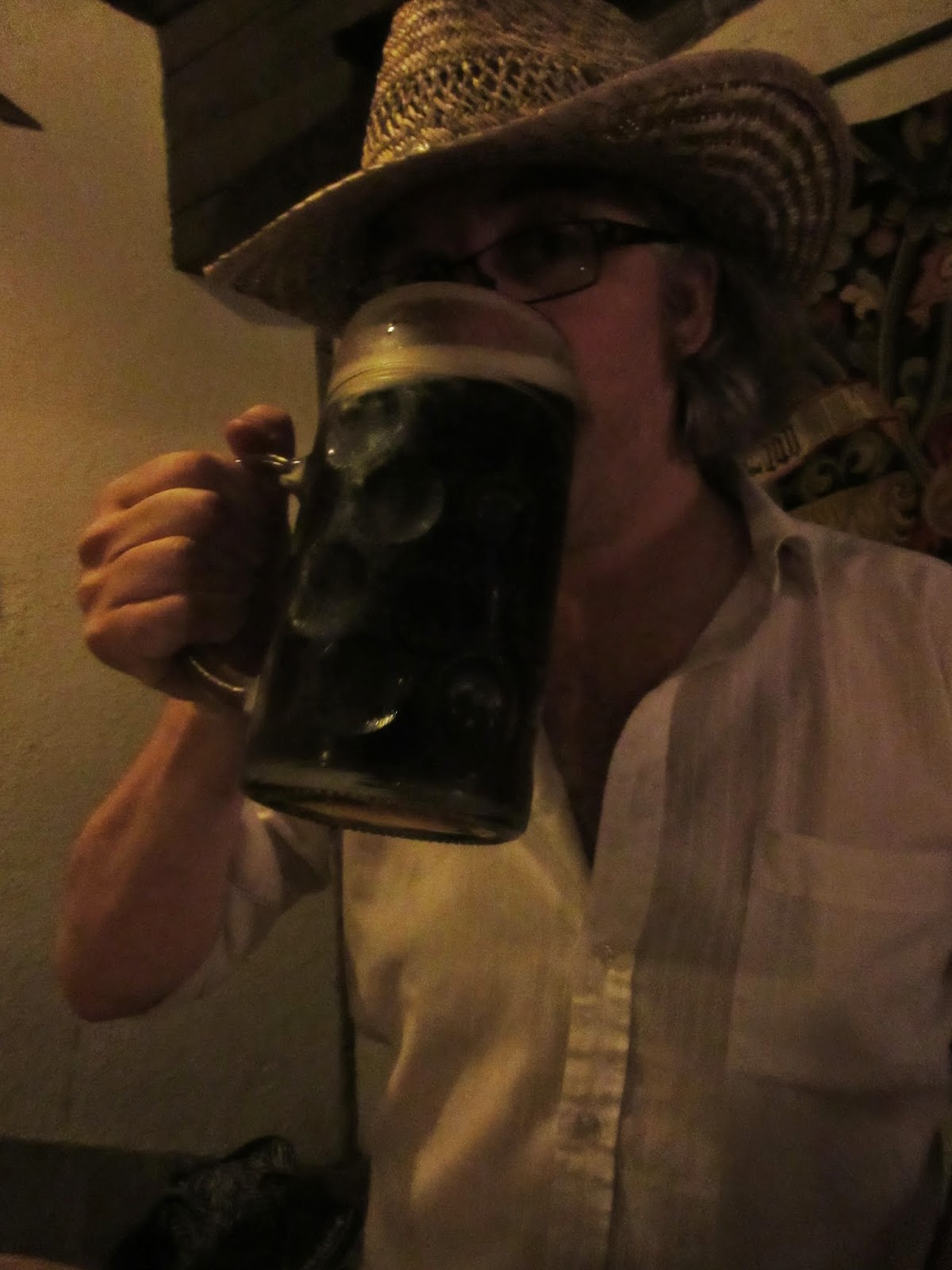 And in the German Pavillion, where Christine had booked us dinner: misreading the menu and discovering we'd ordered MASSIVE MAGICAL BEERS. The food was incredible, as was the space and the music. I could have ignored the rest, and simply spent the day there.

Back, to hotel: where we almost immediately crashed. Removed footwear as in a cartoon, peeling back layers like a banana, hot steam rising from our sore, red toes and feet. Wooo-ooooo-ooooo-ooooshhhh. 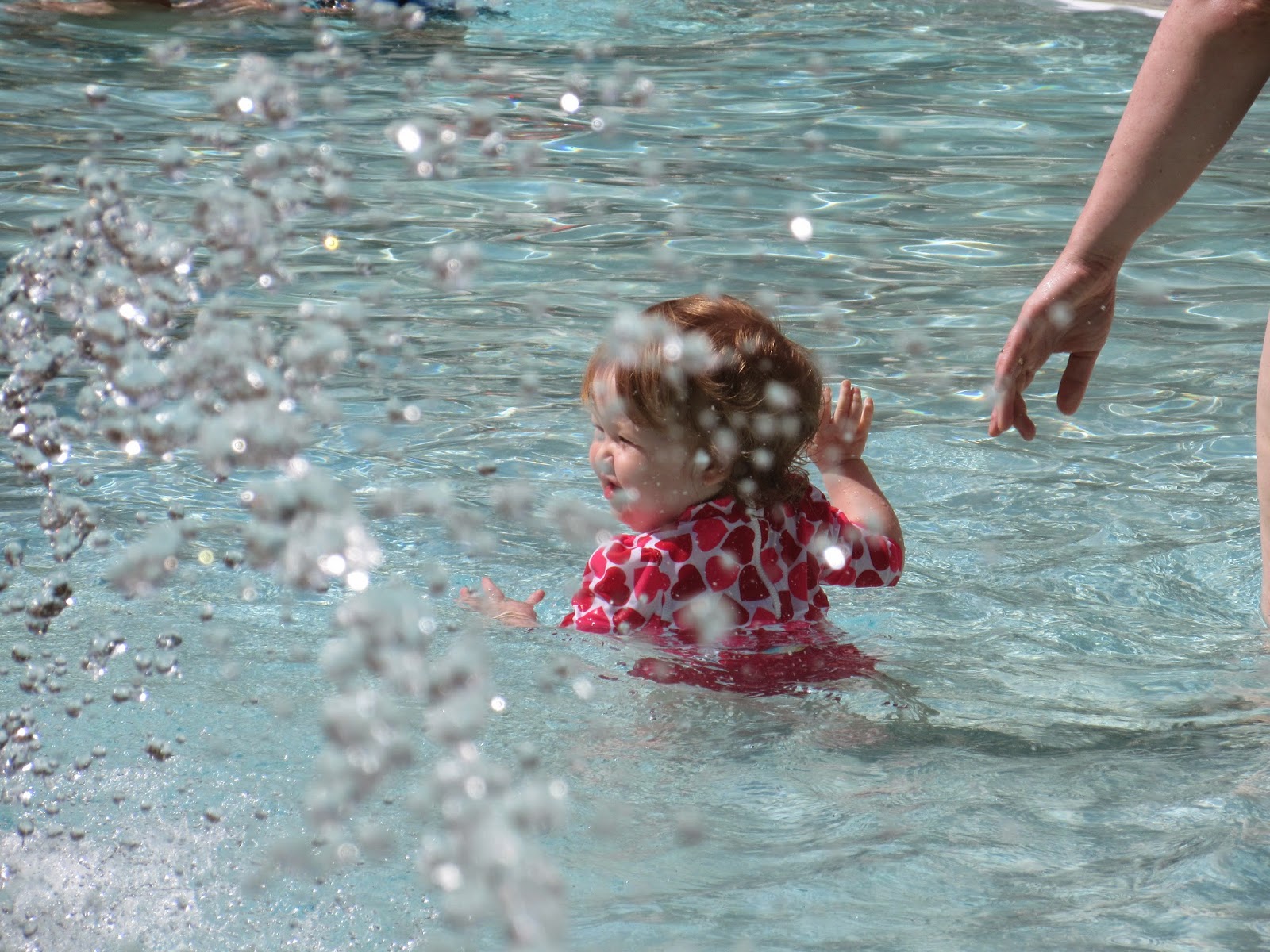 Three-plus hour drive each way from the condo. Two nights. Rose and Christine some time in the kid-pool before we got into the car. Aiming the drive each way to her afternoon nap (which mostly worked). 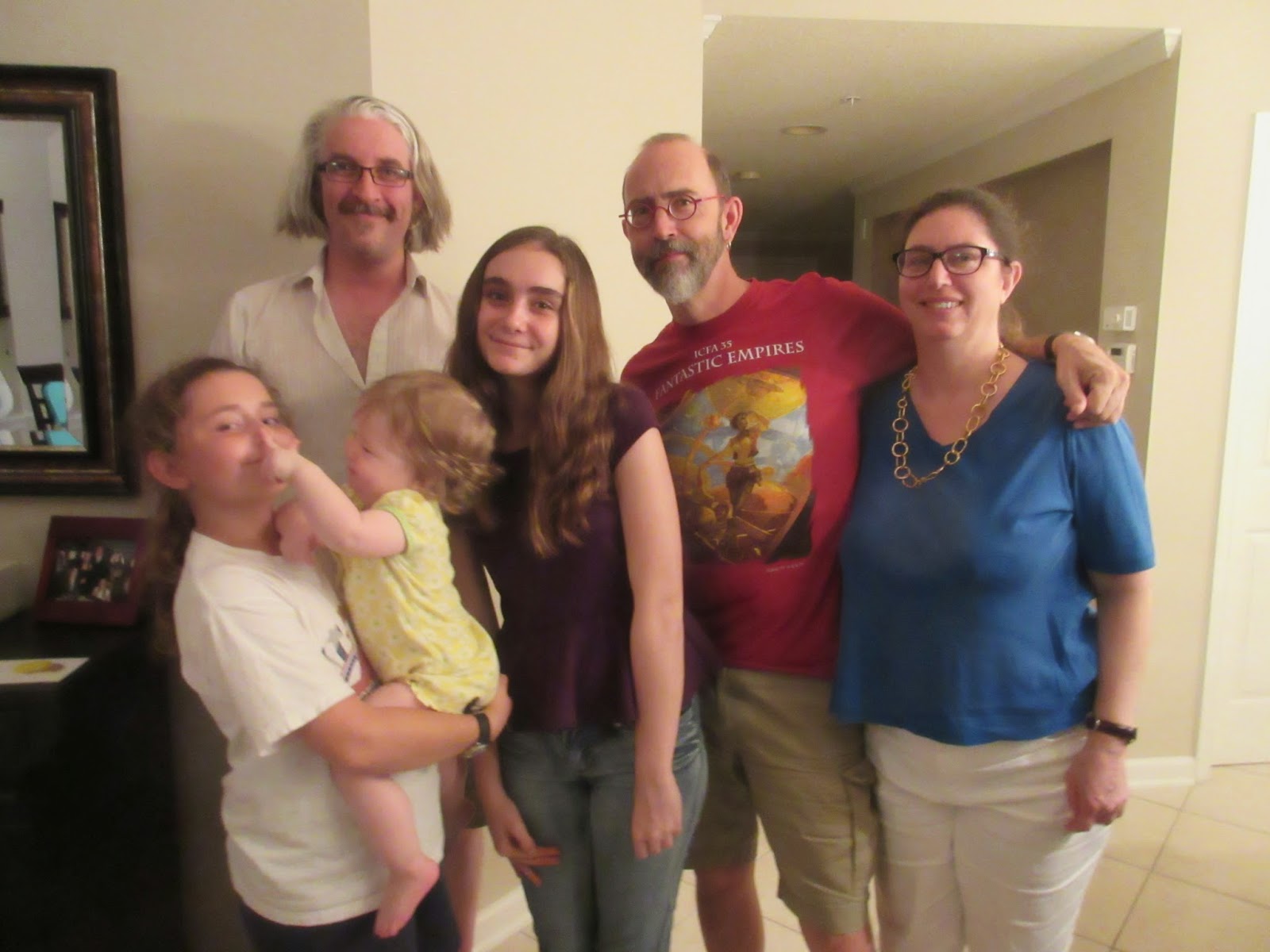 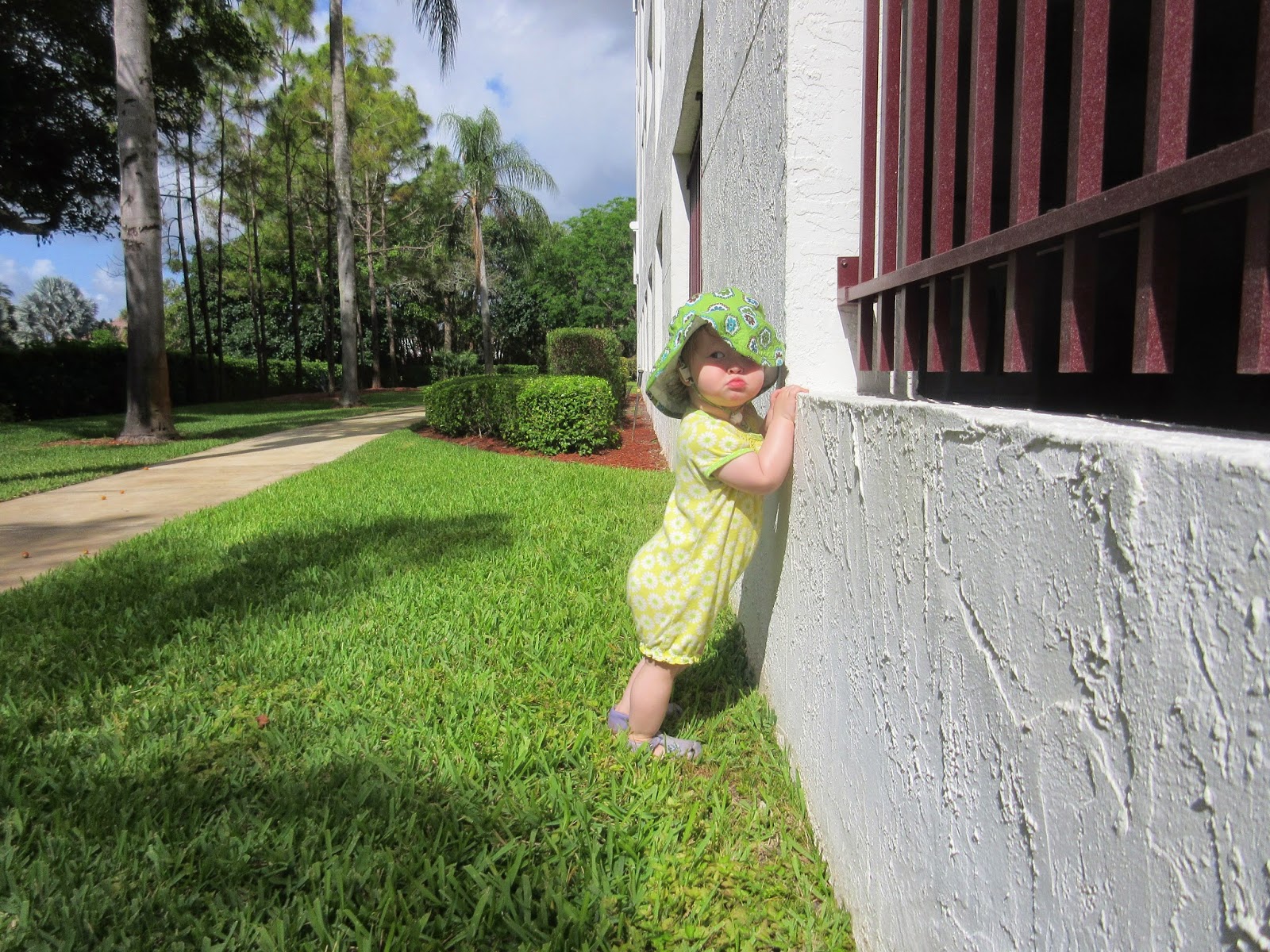 Thursday night, upon home, hosting Mark Scroggins and his lovely family for dinner. Given we'd been hosted by them the past two years, we only figured it fair we'd offer our turn. And apparently not everyone else is at AWP (as facebook has suggested). Looking forward to this new critical book he's got forthcoming soon, which I recall him discussing last year.

Our final two days: as little as possible. Sleeping, occasional walks, quietly existing in the condo, aiming to get the wee babe back to some kind of schedule. Slow,

And to Ottawa: to hit the ground running, perhaps. See about re-entering some of those fiction projects...
Posted by rob mclennan at 8:31 AM
Labels: Christine McNair, Florida, Mark Scroggins, Rose McLennan, Susan Howe, Walt Disney