We woke one morning and the ocean was gone. Some of us
were relieved. Who can blame it if it had been our audience?
Sue Goyette, Ocean 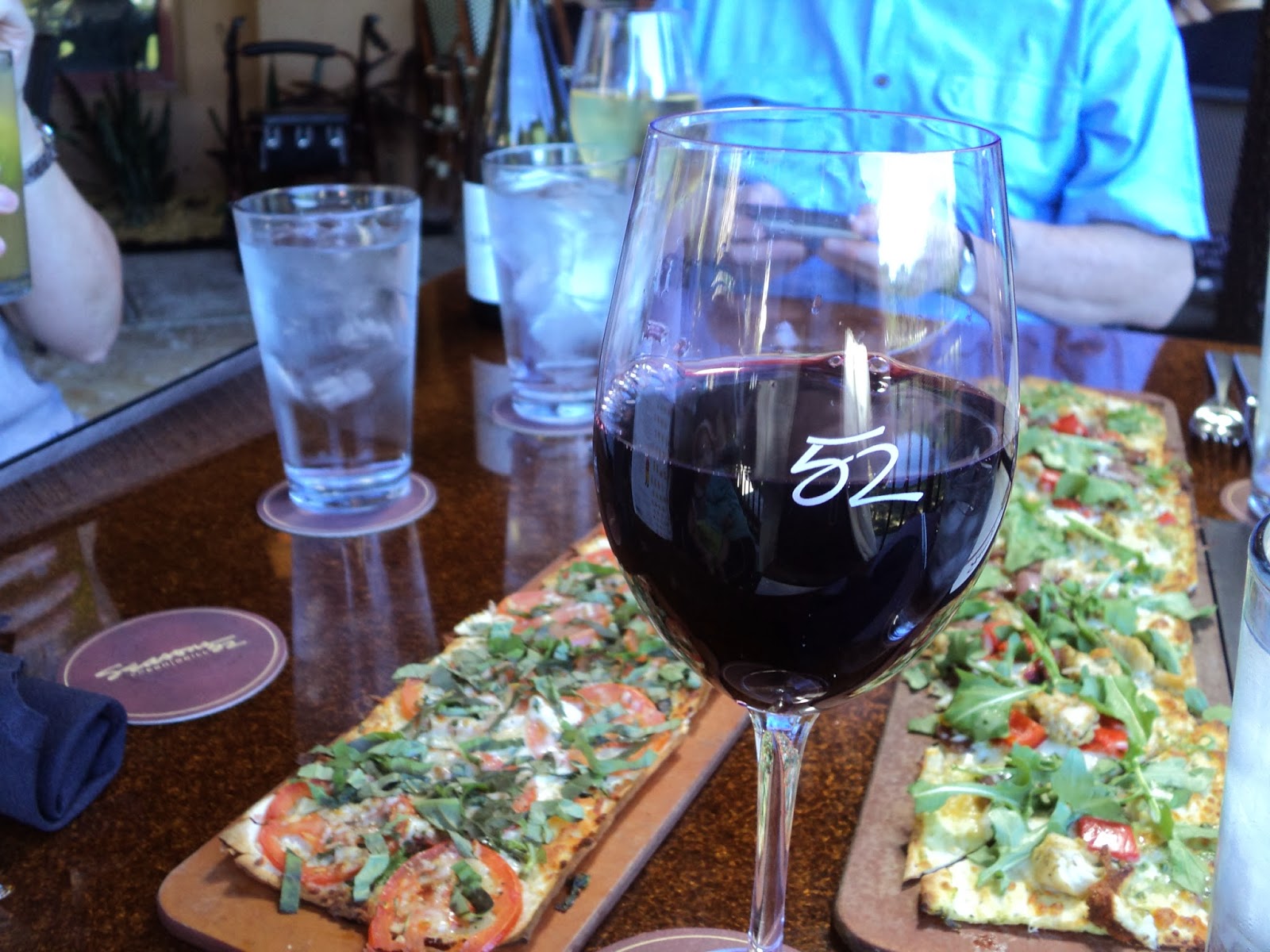 We’ve already been here for days. Since Saturday, in Boca Raton, Florida at Christine’s father’s condo, quietly hanging out with Emperor Rose.

The weather only delayed our flight by two hours, most of which was sitting on the tarmac at the Ottawa Airport. Ugh. But Rose was a good passenger, sleeping soundly through most of it, cooing gently throughout most of the rest.

We are outside slightly less than we were last year. Baby Rose can’t be out in direct sunlight between 10am and 2pm, and she’s too young for sunscreen, so our beach time is shortened, slightly later in the afternoon.

We go for walks, go for lunch with Christine’s father and his wife. We head to the beach, watch the cruise ships skim the horizon. We engage in that uniquely foreign state of rest. 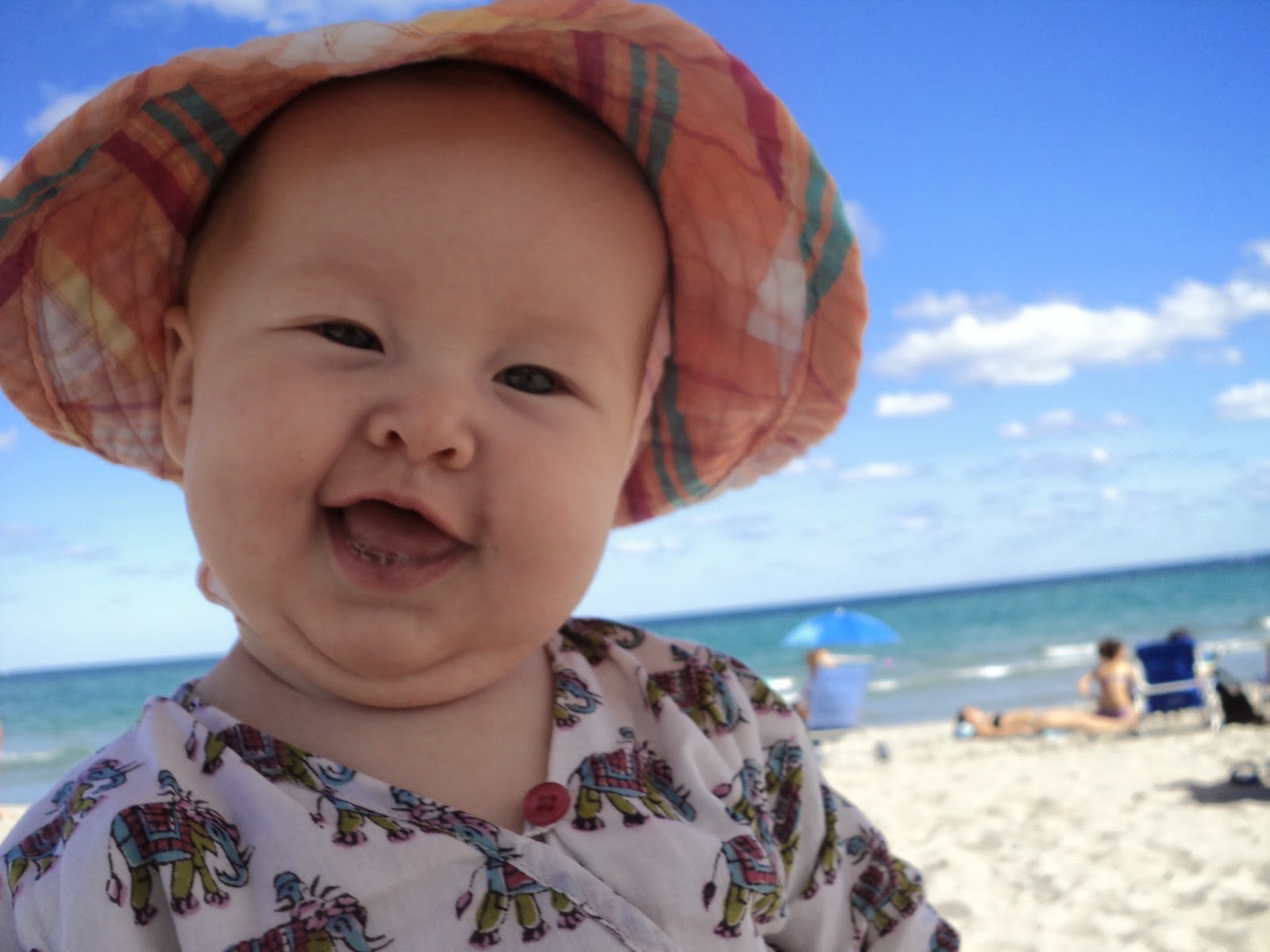 We engage with Netflix, so much more powerful in America than the one we have at home.

Plans exist to have dinner (again) with Mark Scroggins and his family on Monday; plans exist to get down to the Keys to see Hemingway’s house (and the great-great-great etc grandchildren of his infamous cats) and what else we can discover.

I’ve been working on fragments of a longer poem, “Standing on a beach in South Florida, February,” sketching out a series of accumulations; extending a short sequence of poems composed during our trip down here last year around this time [see my report on such here]. The first creative work I’ve managed since Rose was born (focusing instead on reviews and other such works during my severely shortened work day), this is what I’ve been focusing on since arrival. 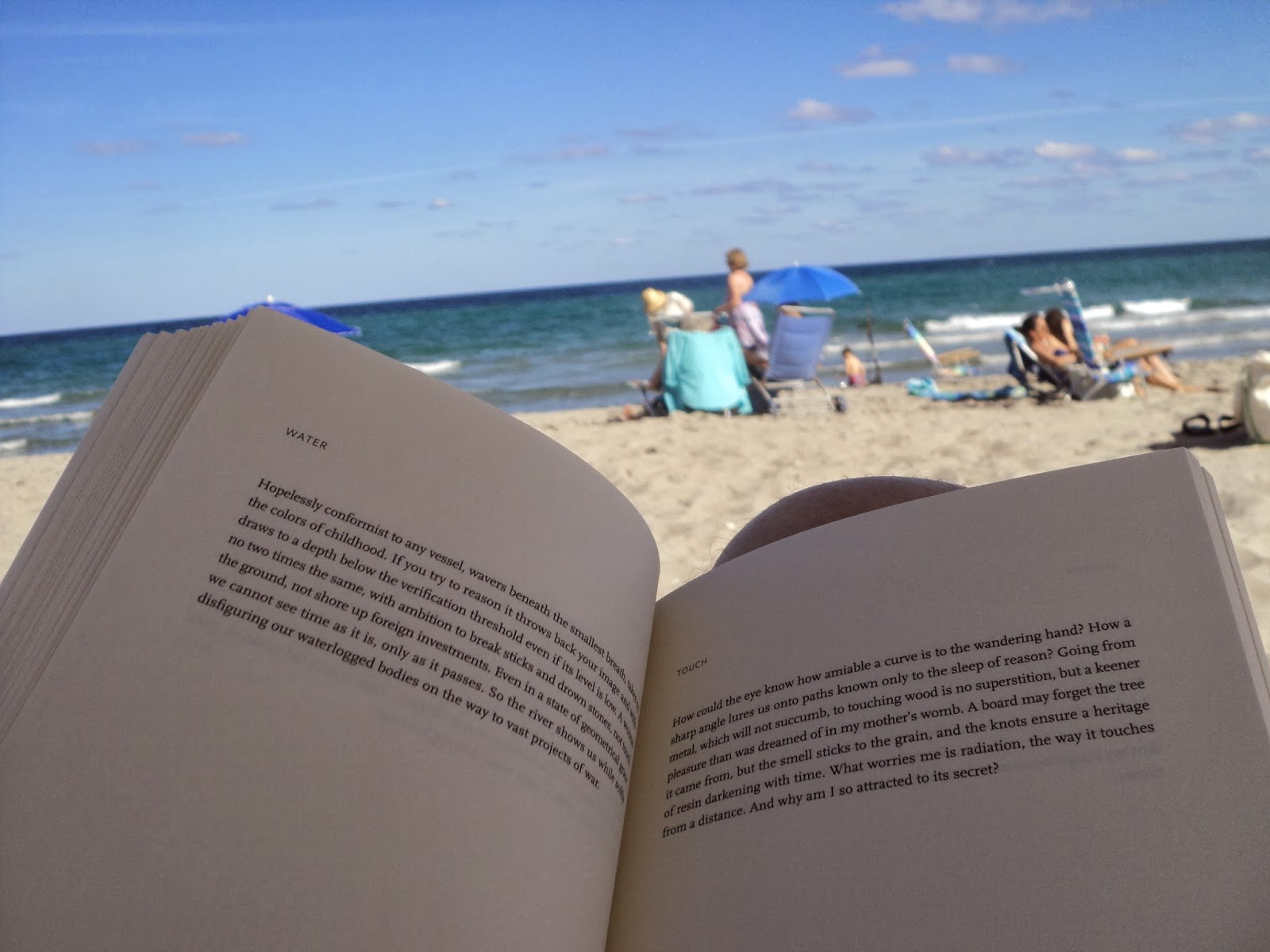 I’ve also been rereading Rosmarie Waldrop, who has become one of my favourites, her Driven to abstraction (New York NY: New Directions, 2010) [pictured]. After hearing Phil Hall [in a review essay at seventeen seconds: a journal of poetry and poetics] and Rhonda Douglas repeat the positive qualities of such, I’ve also been engaging with Sue Goyette’s Ocean (Wolfville NS: Gaspereau Press, 2013).

We sit at the edge of the same ocean, but with a far different perspective. A fragment of the work-in-progress reads:

Recreate, a place of comfort. Return. Aware of all the possibilities. Distract, an ecosystem. An emptiness of sugar. Pop tarts. This was once all swamp.

As far as the eye can see. But eyes can’t see so far. We imagine: Portugal, the Ivory Coast. We imagine Key West. Next table coos, proclaims: what a beautiful baby. Monsoon, a snow globe shape.

I am drainage. Strip-mine. Inlays, handicap. Tear away the flesh. Do they know how to make beautiful.

I imagine the water. A measure of silence. Revolved, oversimplified. A celebration, branded. The heart is an index of first lines. Christine presses the palm of her foot into wet sand.

Expresses only the plural: water. Measures sound, a figure. Cut into swaths, sand. Triangulate airspace, the cover of night. The pith and the pitch of full moon. A beachy front.