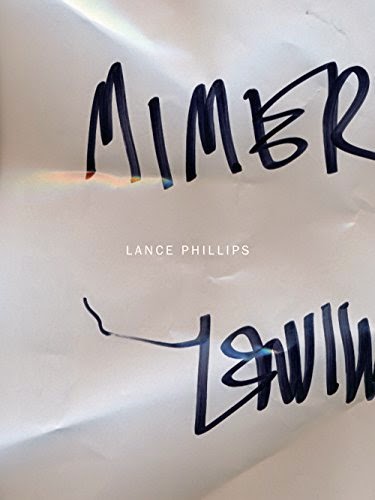 I’m curious about the floating, meditative, lyric accretions that make up North Carolina poet Lance Phillips’ Mimer (Boise ID: Ahsahta Press, 2015). This is his fourth poetry collection, after Corpus Socius (2002), Cur Aliquid Vidi (2004) and These Indicium Tales (2010), all of which have been published by Ahsahta Press. The prose poems and lyric fragments that make up Mimer manage to hold together so easily and seamlessly that it would appear that Mimer is less than a poetry collection than a single, extended, fragmented lyric, composed across an enormously broad canvas. His “Author Statement,” included as part of the press release, includes:

I think of the book as a collection of parables, but in the sense that Crossan uses the term, as disrupters. Parables are meant to attack the status quo, to enact the “kingdom of heaven” on earth, to speak metaphorically. A parable is an orgasm, or so I take it to be, which allows the body to arrive at its own disruption. Those disruptions present authentic reality.

Constructed in four sections, two of which, themselves, break down further into poem-sections, there is something of the collage in his lyric mediations, playing off each other like cards, not entirely sure where they are headed, but seeking out and searching, constantly, for comprehension. This is a book that can be opened at any point to begin reading, and read in any direction. Through the prose-poem, there is something in Phillips’ work of Phil Hall’s bricolage and lyric koan, approaching wisdom through accumulation, consideration and the pause, itself on the very edge of hesitation.

He was dumbfounded at the minutiae, at the sheer will of that process which seemed to force his hand with regard to the graph. Prius, he could call his mind there in the diffuse light. Primus, which painted the walls and added grain to the floorboards; Primus, the sense made of the marks on the graph, the sense of imagining to speak; Primus, whatever animal heart was a scourge to him in his socks and deep in memory. Goose-pimples all the while he was repositioning the graph on the ceiling and all the while he wrote Primus over the outline of his body as a continuous barrier, dipping and rising in small letters and touching the horizon of skin just as a hand in the sea.