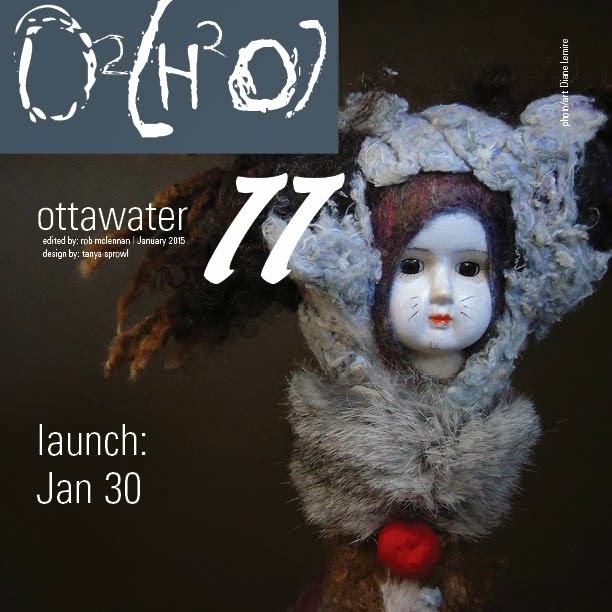 Come out to the launch (featuring readings by a number of this issue’s contributors) on Friday, January 30, upstairs at The Carleton Tavern, Parkdale at Armstrong; doors 7pm, reading 7:30pm.

All previous issues remain archived on the site as well. Thanks to designer Tanya Sprowl, the ottawa international writers festival, and Randy Woods at non-linear creations for their continuing support.
Posted by rob mclennan at 8:31 AM
Labels: launch, ottawater, reading, tanya sprowl, the carleton tavern, The Factory Reading Series