The Marvel Universe is coming to an end in May 2015 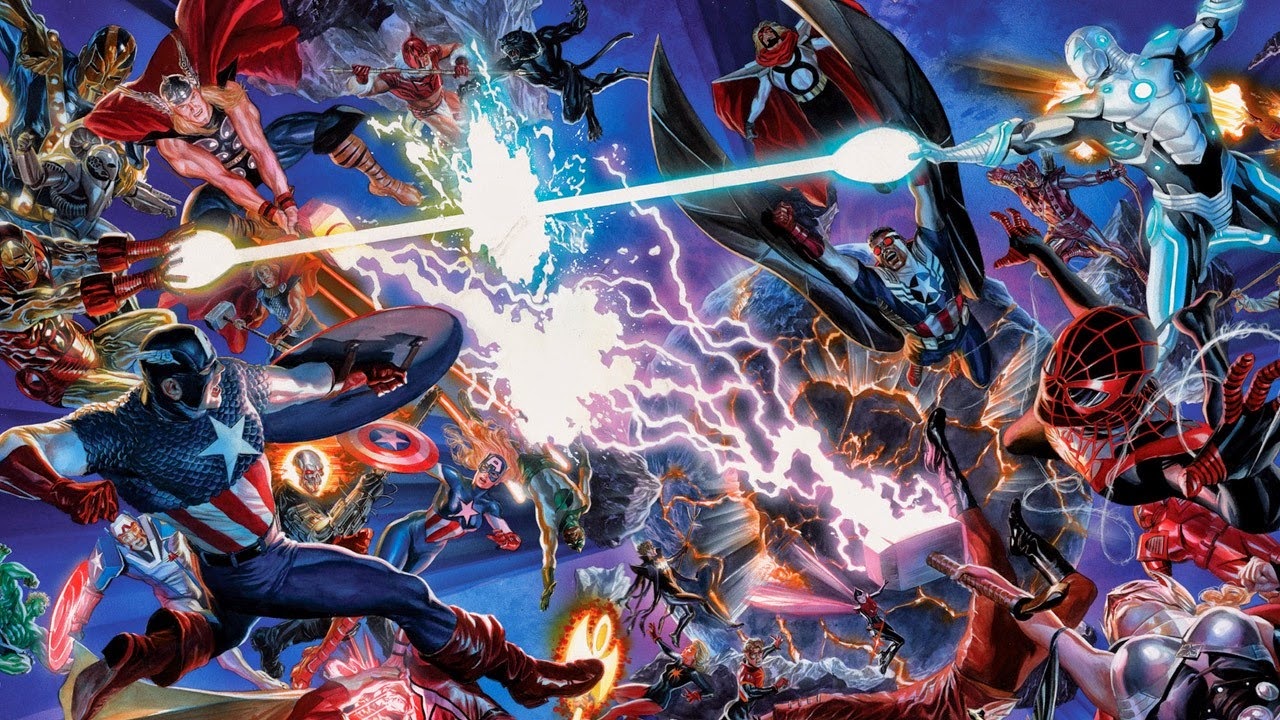 As a long-time follower of Marvel Comics, I’m intrigued at the idea of the announcement that came recently about “the end of the Marvel Universe,” as it blends (or, really, crashes into) the Ultimate Universe this coming spring. Unlike DC Comics’ “the new 52,” which everyone seems to have hated (and managed to wreck my enjoyment of some of the very few mainstream DC titles I even paid attention to: Hellblazer (Constantine) and Batwoman), or even the 1980s reboot of Superman, Wonder Woman and other titles, this isn’t a reboot or a switch of any sort, but a way for the characters and universe to develop. 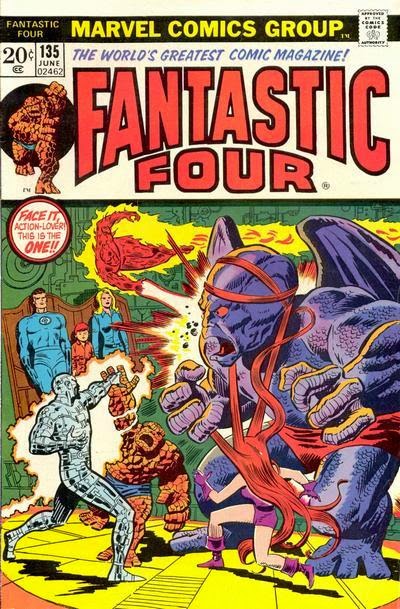 I’ve been following Marvel for quite some time, since I picked up my first issues in the early seventies, focusing heavily on The Amazing Spider-Man and Peter Parker: The Spectacular Spider-Man, and eventually extending further out into The Avengers, The Fantastic Four, The Uncanny X-Men and many others. I must have at least six thousand comics by now. Gerry Conway on The Amazing Spider-Man. John Byrne and Chris Claremont on the Uncanny X-Men rebuild, or Byrne on The Fantastic Four. Jim Starlin, really, anywhere in the 1960s and 70s. J. M. Dematteis throughout Captain America or just about anything Spider-Man. Wow.

There are plenty of other examples. Obviously.

As I saw it, the 1980s into the 90s were an interesting time for Marvel, shifting their attentions from individual titles and individual issues to longer and interconnected storylines, the beginnings of time travel storylines and the experimentation with “other universes,” to the frustrations of long-time readers like myself when Marvel would return to the “basics,” whether bringing back Aunt May or re-breaking Charles Xavier’s legs. Think of Peter David’s brilliant run which saved The Incredible Hulk, forced by the company to make the Hulk “stupid” again, thus erasing any character evolution he had accomplished throughout his run (he quit the book as a result). Think of the character Toad, who changed entirely throughout the X-Men books to coincide with the character as it was built in the movies; done to bring in new readers, but damned annoying to those of us who had been there the whole time. 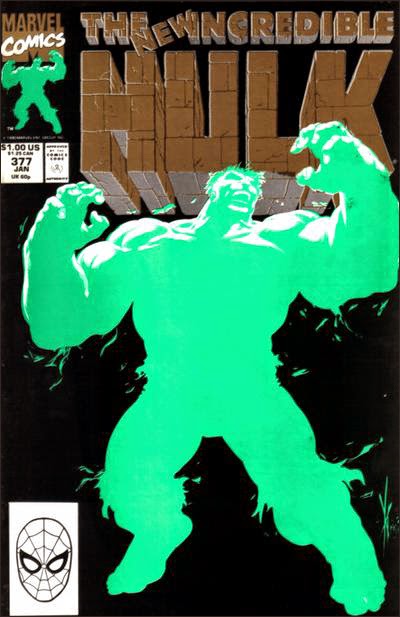 Some of these deaths have actually allowed some interesting possibilities, temporarily allowing other characters to develop more prominence, whether Xavier’s death allowing Cyclops to develop further, or even Captain America’s death prompting Bucky’s own version of Captain America (I was disappointed to see that go). DC did the same when Bruce Wayne died, allowing the original Robin, Dick Grayson (Nightwing) to temporarily take over the role (another shift I was disappointed to see end).

Sean Howe’s 2012 book Marvel Comics: The Untold Story, unfortunately, shattered a few long-held beliefs I’d been carrying about how the stories at Marvel were build, shaped and told over the long years (and it made me grieve, just a bit, for the dark, petty and even ridiculous origins of many beloved tales). 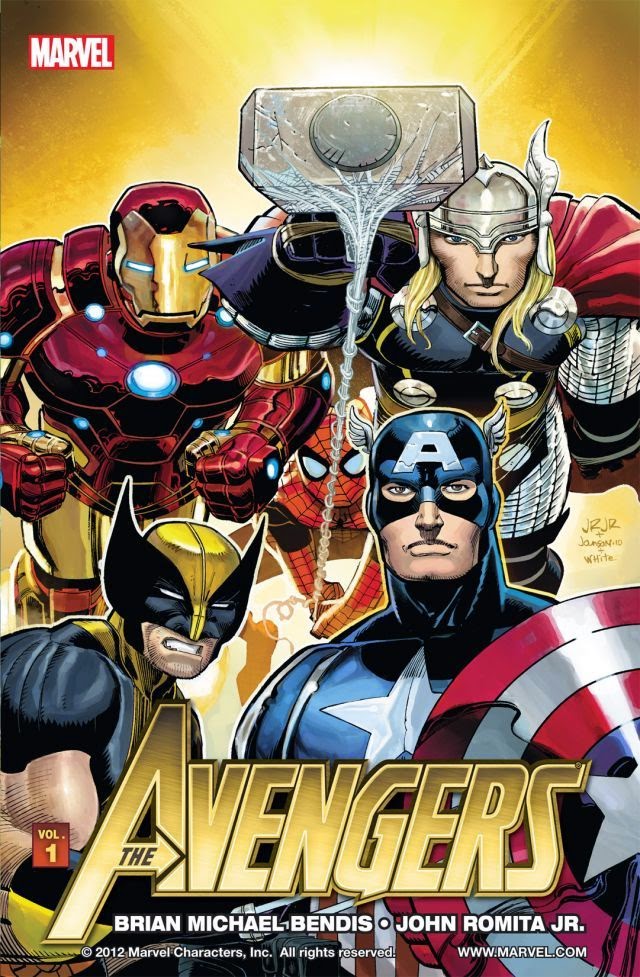 The strength of Marvel against DC was supposed to be in the fact that it refused to remain fixed. A far older company, DC held to archetypes (which made reboot far easier than rebuild, and movies far less complicated to get off the ground), and Marvel kept developing, shifting and building. The X-Men team was never stable for terribly long, nor were The Avengers, and yet, at some point, Marvel decided to stop moving, perhaps to keep a non-reading audience interested in what was happening. Teams and characters had to look familiar. It took Brian Michael Bendis destroying and rebuilding The Avengers into a decade-long arc to break down so many standards and held assumptions (including Civil War, the Skrull Invasion, Siege, Age of Ultron and other impossibly good storylines), thus saving Marvel, ultimately, from itself. Suddenly, it seemed, Marvel had the permission to change: Nick Fury no longer ran S.H.I.E.L.D. (allowing an evolution that saw it run, variously, by Tony Stark, Captain Rogers and Norman Osborn), Daredevil took over the territories of both the Kingpin and The Hand, and Spider-Man was taken over entirely by Doctor Octopus. The Human Torch took over the Negative Zone. The Shi’ar Empire saw the return of D’Ken, the savagery of Gabriel Summers and the beginning of the reign of Gladiator. Cyclops became an angry rebel, and Wolverine became Schoolmaster. The Black Panther lost his throne to his sister. The Illuminati were created. The Inhumans returned to earth and broke apart. The status quo could shift, and allow characters, situations and stories to develop in real, permanent ways, without betraying the central core of certain characters. 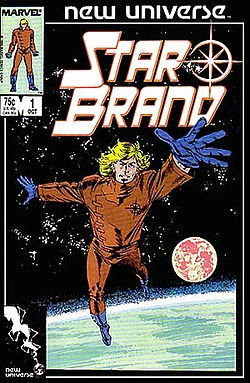 I’ve followed a few iterations of Marvel’s alternate universes, from Jim Shooter’s “New Universe” titles from 1986 to 1989 (including Star Brand, Spitfire and the Troubleshooters, Nightmask, Mark Hazzard: Merc, Psi-Force, Justice, DP 7 and Kickers, Inc.), the multiple 2099 titles that ran from 1992 to 1996, the Marvel 2 titles that launched in 1998 (Spider-Girl, Fantastic Five and A-Next, among others), the completely terrible “Heroes Reborn” titles from 1996-1997 that directly rebooted Captain America, Iron Man and other characters (thankfully, the entire experiment, seen as horribly failed, was reversed) and the “Age of Apocalypse” storyline throughout all of the X-Men titles from 2011 to 2013 (a rather good run; rumours had at the time that this storyline might have remained, had it been more popular). Most of these have been rather interesting, and some, like the first three examples, simply didn’t catch on, and were seemingly cut off at the knees. One wonders if this constant refreshing has been a matter of attracting new readers, while attempting to keep from alienating long-time readers, many, I’m sure, who either age out, get tired of the constant “back to basics,” or move their comic reading out of the “big company” stuff into more independent titles. I never have enough time or money for all of my reading, but some of the important titles on my own shelf also include Neil Gaiman’s Sandman, Mike Carey’s Lucifer, Warren Ellis’ The Authority, Grant Morrison’s Kill Your Boyfriend, Kyle Baker’s Why I Hate Saturn, Peter Milligan’s Shade, the Changing Man and Garth Ennis’ The Preacher. And does anyone remember Beautiful Stories for Ugly Children?

The “Ultimates” universe, one of the main components of this new collision, was launched in 2000, allowing new origins for a variety of characters already familiar in the main universe: Ultimate Spider-Man, The Ultimates (The Avengers), The Ultimate X-Men and The Ultimate Fantastic Four (for example), and opened new readers to an entirely different world of well-known characters. Readers could see how Spider-Man, for example, might begin today (and the first three feature films were very much based on Ultimate Spider-Man storylines, as opposed to the original), or The Avengers (two animated features, again, based on The Ultimates, as are much of the current live-action features). Because they weren’t part of the main continuity, characters and stories were allowed to develop, and a number of main characters have even been killed off, seemingly permanently, including Spider-Man, Captain America and Wolverine, something the main continuity could never imagine doing. Imagine the Hulk actually killing Wolverine, for example (it happened). 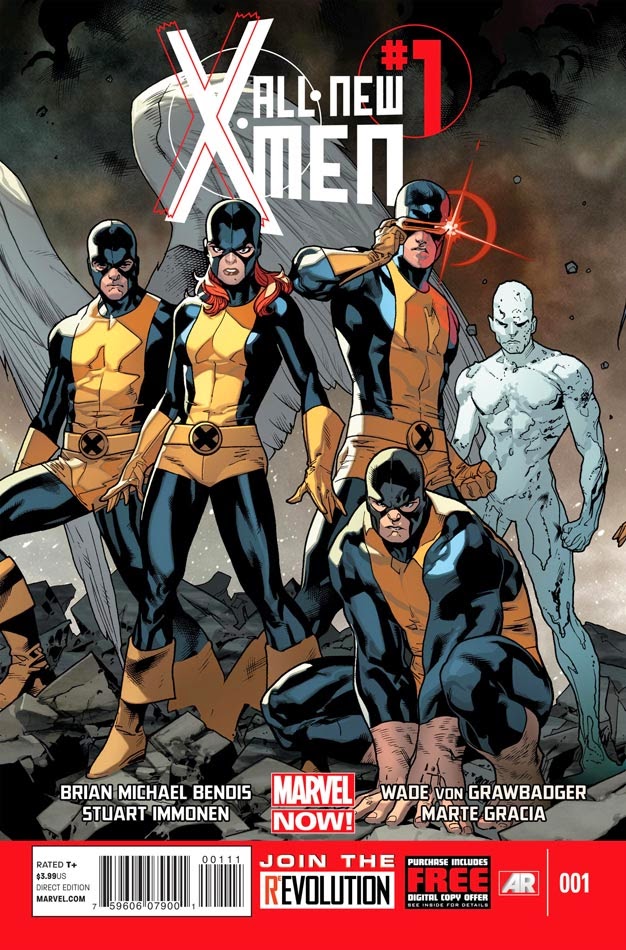 I’ve been reading with great interest the work that Jonathan Hickman has been doing with The Avengers over the past couple of years, a storyline that seems directly heading into this new collision, as is Bendis’ incredible work in All-New X-Men. What is impressive to me is how well some of these stories are being written, and how the interconnectedness of it all I didn’t even see coming. There is a very long game being played here, and I’m thrilled for it, even if I might not agree with every single choice of every single title or character (Civil War, for example, broke apart a stellar run on the then-new Young Avengers title, from which it never fully recovered; the subsequent run of the book had some intriguing developments, but overall, was mediocre at best).

What has also been interesting about how the current Marvel continuity has developed is how they’ve slowly brought a number of these “alternate universes” into normal continuity, reintroducing Star Brand and a few other ideas from Shooter’s “New Universe,” stranding Spider-Man 2099 into the present, or the current iteration of Spider-Man (a storyline I am not entirely convinced by, as unwieldy and as silly as the “Maximum Carnage” or “Clone Saga” storylines), bringing in every iteration of the character that has ever been written (from Spider-Girl and Spider-Ham to multiple new iterations).

I wonder if this collision of universes might even be Marvel’s way of ending the Ultimate Universe, even as they rejuvenate their main continuity. Possibly?

Okay, Marvel: you have my attention. Just don’t mess it up.
Posted by rob mclennan at 8:31 AM
Labels: Batman, Captain America, Marvel Comics, Spider-Man, The Avengers, X-Men

Hardly a new concept. Even the art is reminiscent of DC's Crisis on Infinite Earths and other such iterations. Far from being an example of Marvel originality, it's just part of the endless shell-game both companies must play to hold readers' interest. A reboot by any other name would smell as rebooty.

Interesting. I seem to be a little more cautious than you are, mostly because of the train wreck that is the New 52.

Mostly because the New 52 sells better than the old DC. Meaning they were right. Meaning that what sells is what I consider bad comics.

Will Marvel do the same?

Well, as you mentioned, Jonathan Hickman seems to be leading the charge and I have really, REALLY disliked what he has done with the Avengers.

(The Avengers are pretty important to me. It was the first book I ever collected and I have the full run... back to 1963.)

But people like it. Maybe, just maybe, what this is telling me is that mainstream superhero comics are just no longer for me. After 30 years of reading them, that would kind of make me sad.