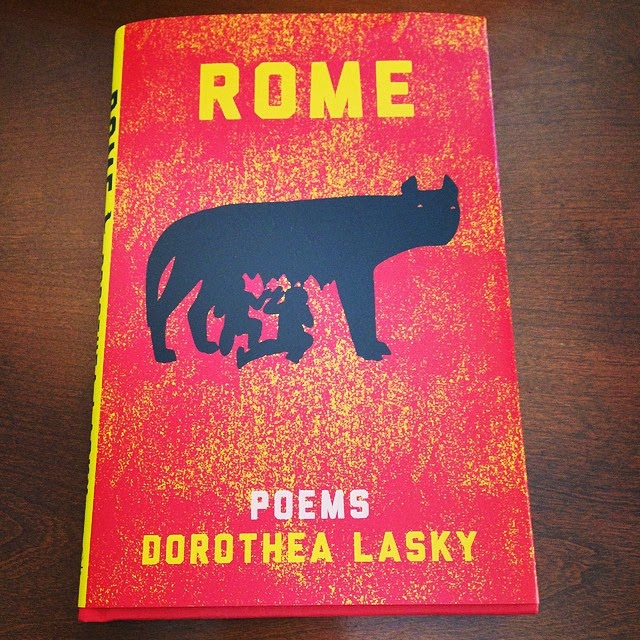 Brooklyn poet Dorothea Lasky’s fourth poetry collection is Rome (New York NY: Liveright Publishing Corporation, 2014), following Thunderbird (Seattle WA/New York NY: Wave Books, 2012) [see my review of such here], Black Life (Wave Books, 2010) [see my review of such here] and AWE (Wave, 2007) [see my review of such here]. In the past, Lasky’s work has been compared to the work of both Frank O’Hara and Allen Ginsberg, and the influence of O’Hara’s “I did this, I did that” strain of lyric narrative is unmistakable. Both O’Hara and Ginsberg were also performative sentence-poets, writing out their immediate world as they understood it, and the performance poem-essays that make up Lasky’s Rome is clearly immersed in much of the same approach. Much like Lisa Robertson (but in a more narrative vein) and Lisa Jarnot, Lasky is very much a poet of sentences and stark phrases, allowing them to speak and shout and whisper and silence when appropriate, and even provide the occasional gut-punch. The final stanza of the piece “Poem to Florence,” for example, reads:

There were things I wished I’d said
And done
But it is too late now
So I go
Heavy with my offering
This book, this book

Yes, I am moving but I am not
I will never see my body dead
In the way I have seen yours

The soul never sleeps
I told you
After you were gone