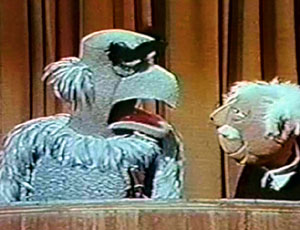 Laura Mattingly saw the underside of many large bridges during her float from Kansas City to New Orleans. She wrote for the Metro Santa Cruz Newspaper for a while in CA. There were no notable bridges in this town except for the wharf, which she considers to be a one sided bridge. She now lives in New Orleans and pours booze for a living, helping bridge the gap between sobriety and intoxication. She used to edit the magazine Artvoices.

Stephen Brockwell is the author of The Wire in Fences (Balmuir, 1988),  Cometology (ECW Press, 2001), which Harold Bloom described as having “rare and authentic promise,” Fruitfly Geographic (ECW, 2004), winner of the 2004 Archibald Lampman Award, and The Real Made Up (ECW, 2007). He edited Rogue Stimulus: the Stephen Harper Anthology for a Prorogued Parliament (Mansfield, 2010) with Stuart Ross. He is currently completing the Impossible Books project which has been excerpted in The Puritan (http://puritan-magazine.com/issue13.php), Experimento (http://experiment-0.com) and chap-books from the Olive Reading Series and above/ground press. Stephen is also the insanely busy owner of the small IT consulting firm http://www.brockwellit.com.

Born in Ottawa, Canada’s glorious capital city, rob mclennan currently lives in Ottawa. The author of more than twenty trade books of poetry, fiction and non-fiction, his most recent titles are the poetry collections A (short) history of l. (BuschekBooks, 2011), grief notes: (BlazeVOX [books], 2011), Glengarry (Talonbooks, 2011), kate street (Moira, 2011) and 52 flowers (or, a perth edge) (Obvious Epiphanies, 2010), and a second novel, missing persons (2009). An editor and publisher, he runs above/ground press, Chaudiere Books (with Jennifer Mulligan), The Garneau Review, seventeen seconds: a journal of poetry and poetics and the Ottawa poetry pdf annual ottawater. He spent the 2007-8 academic year in Edmonton as writer-in-residence at the University of Alberta, and regularly posts reviews, essays, interviews and other notices at www.robmclennan.blogspot.com
Posted by rob mclennan at 9:01 AM
Labels: Gold Mine, Laura Mattingly, rob mclennan, rob mclennan reading, Stephen Brockwell