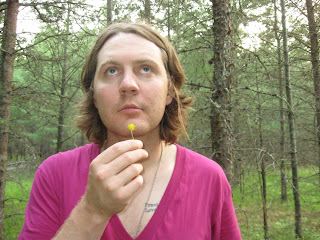 Leo Brent Robillard’s most recent novel is entitled, Drift. Set in South Africa during the Second Boer War, it raises questions about why and how we come to fight wars in far flung places – be it in defense of ideals or in quest for economic gain. These issues – all too relevant today -- are handled intimately through the journey of two prairie boys, an Australian nurse, and a South African balloonist, as they drift together in the blast furnace of the Great Karoo. Robillard is also the author of Leaving Wyoming and Houdini’s Shadow. The former was listed in Bartley’s Top Five in the Globe & Mail for Best First Fiction of 2005. The latter was eventually translated into Spanish. His work has appeared in numerous magazines, journals and anthologies at home and abroad, including CV2, The Fiddlehead, Grain, Prairie Fire, Queen’s Quarterly, and Verge. He lives on Lake Eloida in south-eastern Ontario with his wife and two children. www.leobrentrobillard.blogspot.com

Nicholas Lea published his first book Everything is movies (Chaudiere Books, Ottawa) to acclaim in 2007. Reviews of his work have appeared in the Ottawa Xpress, Matrix Magazine, Prairie Fire and The Globe & Mail Online. He has served as a poetry reader for Bywords.ca as well as The Fiddlehead. He lives in Ottawa where he is currently working on his second collection of poetry. He launches a new chapbook with Andrew Faulkner and Leigh Nash's The Emergency Response Unit.

Lillian Necakov has been writing and publishing for over 30 years. Her work has appeared in publications in Canada, the United States, China and Serbia. She is the author of Sickbed of Dogs, Wolsak and Wynn, 1989, Polaroids, Coach House Books, 1997, Hat Trick, Exile Editions, 1998 and The Bone Broker, Mansfield Press, 2007. She was the editor of the very small press Surrealist Poets Gardening Assoc. for a bunch of years. During the 80’s she sold her books on the streets of Toronto and was one of the subjects of the documentary film “Street Writers, Lucky to be Here”. Lillian runs the Boneshaker Reading Series. She lives and works in Toronto. She launches a new poetry collection, published by Mansfield Press.