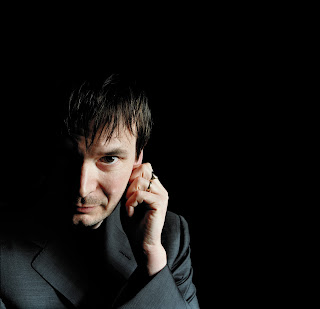 Ian Rankin is the internationally bestselling author of the Inspector Rebus and Detective Malcolm Fox novels, as well as a string of standalone thrillers. His books have been translated into 36 languages and are bestsellers on several continents. Ian is the recipient of four CWA DAGGER AWARDS and in 2004, won America's celebrated EDGAR AWARD. He is also the recipient of honorary degrees from the universities of Abertay, St Andrews, Hull and Edinburgh and received the OBE for services to literature, opting to receive the prize in his home city of Edinburgh, where he lives with his partner and two sons. His new novel is The Impossible Dead.

1 - How did your first book change your life? How does your most recent work compare to your previous? How does it feel different?
It didn't.  Sold a few hundred copies.  Latest book will sell several hundred thousand copies.  That cannot help but feel different.

3 - How long does it take to start any particular writing project? Does your writing initially come quickly, or is it a slow process? Do first drafts appear looking close to their final shape, or does your work come out of copious notes?
2 months for research/planning/mulling things over.  Eight weeks to write the first draft, but it is skeletal - really just ensuring plot actually works.  Further drafts put meat on the bones of theme, character and location, plus I then do additional research as necessary.  Whole process takes about 8 months.

4 - Where does a novel usually begin for you? Are you an author of short pieces that end up combining into a larger project, or are you working on a "book" from the very beginning?

5 - Are public readings part of or counter to your creative process? Are you the sort of writer who enjoys doing readings?
Public readings are a chance to meet fans, find out what they like and dislike about my books and characters.  Sometimes they even give me ideas for future stories.  But authors become authors not because they are gregarious lively party-animals but because they crave solitude.  It is a Jekyll and Hyde existence.

8 - Do you find the process of working with an outside editor difficult or essential (or both)?
I've had my main editor for years now.  Once a year I send her my novel, and she sends me about 12 pages of detailed notes concerning problems and difficulties.  There may also be one or two lines of praise, but that's about it.  I never know whether to hug her or strangle her.

10 - How easy has it been for you to move between genres (fiction to critical prose)? What do you see as the appeal?

11 - What kind of writing routine do you tend to keep, or do you even have one? How does a typical day (for you) begin?
There are many days when I'm not writing, but I tend to be taking care of business: answering e-mails, collecting shopping, queueing at the post office, paying bills, etc etc.  I do not have an assistant or secretary.  When I'm writing a book, I usually work between maybe 11am and 4pm, then again from 8pm till midnight.  Seven days a week.

12 - When your writing gets stalled, where do you turn or return for (for lack of a better word) inspiration?
When my writing stalls, I either bounce ideas around with my wife, or else head for the pub to relax and forget about all those pesky problems.  They usually end up solving themselves.

15 - What other writers or writings are important for your work, or simply your life outside of your work?
Writers I admire or have learned from or just love to read: Muriel Spark, Robert Louis Stevenson, William McIlvanney, James Hogg, Lawrence Block, Ruth Rendell, James Ellroy, Maj Sjowall & Per Wahloo, Thomas Pynchon, Ian McEwan, Alan Moore...

16 - What would you like to do that you haven't yet done?
Front a successful rock band.  That might not happen now, though I live in hope.  I have lyrics waiting.

17 - If you could pick any other occupation to attempt, what would it be? Or, alternately, what do you think you would have ended up doing had you not been a writer?
If I weren't a full-time writer I'd most likely still be a part-time/hobbyist writer, paying my way by working as a teacher of some kind or maybe a (music) journalist.

18 - What made you write, as opposed to doing something else?
Writers are just kids with vivid imaginations who have refused to grow up.  We play the same let's-pretend and role-playing games we always did, and still talk to our imaginary friends.  We get to play God, shaping the universe to suit our every whim.  Who the hell wouldn't want that?

Ian Rankin reads in Ottawa on Monday, October 24 (at two different events) as part of the ottawa international writers festival.