12 or 20 questions: with Lina ramona Vitkauskas 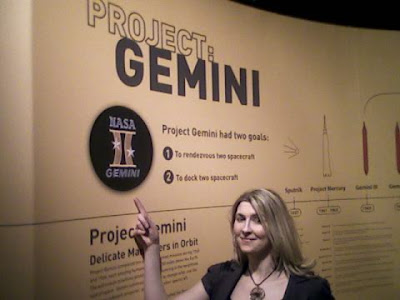 Lina ramona Vitkauskas is the recent winner of The Poetry Center of Chicago’s 15th Annual Juried Reading, judged by poet Brenda Hillman. She was also recently nominated by Another Chicago Magazine for an Illinois Arts Council Award (in the poetry and fiction categories). She has won an honorable mention in STORYmagazine’s Carson McCullers Award contest (1999) and placed as a semi-finalist for the Cleveland State University Open Poetry Series (2002). After obtaining an MA in Creative Writing from Wright State University, she authored three poetry books and chapbooks including: THE RANGE OF YOUR AMAZING NOTHING(Ravenna Press, 2010), Failed Star Spawns Planet/Star (dancing girl press, 2006), and Shooting Dead Films with Poets (Fractal Edge Press, 2004).

My first chapbook was published in 2004 by Fractal Edge Press (Chicago) and is titled Shooting Dead Films with Poets. The next one was published by dancing girl press (Chicago) and was titled Failed Star Spawns Planet/Star. My first full-length book of poetry is coming out in 2010 on Ravenna Press (Spokane,WA) and it's called THE RANGE OF YOUR AMAZING NOTHING. The publication of all of these works came at critical times in my life. The first came soon after I'd moved back to Chicago from Ohio, where I completed my MA in Creative Writing (in 2002).

I'd jumped into the blossoming poetry scene by making contacts in the community and doing a lot of readings. Wayne Allen Jones, a fellow poet, was starting a press and wanted my book to be one the first that he did. I was very happy, of course, and was able to say I'd published. In 2005, Kristy Bowen, publisher of dancing girl press in Chicago, approached me to publish another collection of astronomy-related poems; I was thrilled to be a part of her catalogue of all-female poets--all very talented...to be among the likes of Brandi Homan, Simone Muench, Daniela Olszewska, and Kristy Odelius was a great experience for me. The book coming out in 2010 is a great accomplishment of mine. I am extremely honored that Kathryn Rantala (of Ravenna) is publishing it. It is about 108 poems written between 2005 to 2008. The book feels different because it is lengthy and feels like a comprehensive representation of my work.

I began as a fiction writer, but I had always written poetry. I returned to poetry because I seemed to be able to feel more comfortable with it. It seemed more my niche.

My writing style begins when the muse visits. Months may pass and she doesn't stop by, then she comes and stays for months (always a wanted guest). I write in spurts and in a flash of inspiration try to capture it all before it slips away. I don't revise until much later, and even then, I am afraid to tamper too much with the initial products I produce. Nothing is ever truly finished, and poems become reincarnated as others at times.

Sounds, words, language. I begin with juxtaposing words that sound as if they belong together. I let the poem take shape as I write. I never know what I am writing about until it is finished, though there are distinct themes of politics, gender roles, shades of humanity, magical realism, surreal terrains, conversations I hear, botany, astronomy, and Lithuanian and Spanish vocabulary and nuances.

I do readings and I do enjoy them. I like hearing audience response to my work. What other poets find in my work means a great deal to me. Often times, there are beautiful surprises in their responses.

Russian sociolinguist Bakhtin wrote of heteroglossia, the idea of language hierarchy or conflict within the mind and how it influences language decisions. This meant quite a large deal to me having spoken Lithuanian primarily as a child, and then English, and then studying Spanish. Soon, there was a distinct "language straddling" going on within me and I became rather entertained by the notion of being able to switch between and/or amalgamate words, if necessary. I believe this theory plays a large role in my loose method of writing. It at least fuels the playfulness in my work. Montaigne wrote of the meaning of "to essay" and referred to the Latin translation "to test" or "to try". Early in my master's study, I was quite drawn to this notion and still view the process through this lens.

The role of the poet in society is changing. I ask, have we arrived as authoritative voices on culture yet? It's becoming apparent with the explosion of citizen journalism and the immediacy of Twitter, etc. that writers have a challenge of maintaining credibility in the creative and non-fiction realms.

In Europe, poets are lauded, respected, and looked upon as great commentators of generations and time. The US has a great tradition, as of late, celebrating genre writers within the fiction realm and using commercial success and film adaptation as the benchmark. There is a distinct misconception among mainstream society about poets and poetry--often times people think of the Shakespeare they learned in high school or think of Robert Frost, Maya Angelou, Sylvia Plath. There is such a rich world of contemporary poets, talented documenters of our time, that has yet to be discovered. I believe poets deserve more recognition, though I think within the world of poetry itself, there is much mutual recognition and respect.

It is essential to the process to shape a published work to fit its medium, but should not alter the intent.

Pound's "show don't tell". Robert Creeley said (I'm paraphrasing) "If you don't know what you're doing--trust it." Jodorowsky said, "You cease to exist when you say 'That's what I am.' "

I have only been able to slightly traverse between experimental short fiction and poetry. I prefer poetry.

No routine for writing. For me, personally, routine it is detrimental and counterproductive.

13 - What did your favourite teacher teach you?

My drama director once told me that I am not as funny as I think I am.

It was something that approached me.

A poetic series of ekphrastic books in response to select foreign films, a spoken word CD with a koto player.