12 or 20 questions: with David Helwig 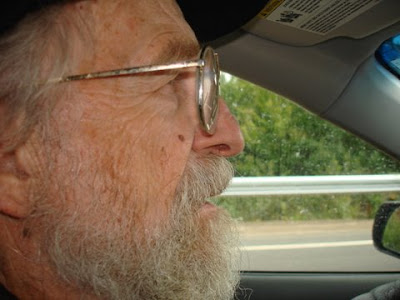 David Helwig was born in Toronto in 1938 and lived there for most of his first ten years, then moved with his parents to Niagara-on-the-Lake, Ontario where his father ran a small business repairing and refinishing furniture and buying and selling antiques. He attended the University of Toronto and the University of Liverpool. His first daughter was born in England and the second in Kingston where he taught at Queen's University. He published his first stories, in Canadian Forum and The Montrealer, while still an undergraduate. For two summers he worked in summer stock with the Straw Hat Players, mostly as a business manager and technician, working with such actors as Gordon Pinsent, Jackie Burroughs, William B. Davis and Timothy Findley.

While he taught at Queen's University, he did some informal teaching in Collins Bay Penitentiary and he wrote A Book about Billie with a former inmate. In 1974, John Hirsch hired him as literary manager of CBC television drama, and he spent two years in this position, supervising the work of story editors and the department's relations with writers. From 1976 to 1980, he taught part time at Queen's while doing a great deal of freelance work, and in 1980, he gave up teaching and became a full-time freelance writer.

He has from the beginning written both fiction and poetry as well as a wide range of radio, television and journalism.

One of his daughters is a writer and political activist. The other is a chemist and art conservator. He has three grandchildren.

Vocal music was for many years his avocation. After abandoning this for some years, he returned to it in his forties and sang with a number of choirs in Kingston, Montreal and Charlottetown. He appeared as bass soloist in Handel's Messiah, Bach's St Matthew Passion, and Mozart's Requiem.

He currently lives in an old house in the village of Eldon in Prince Edward Island.

Did my first book change my life? Yes, I suppose it gave me an increased sense that it was possible to be a writer. I was thirty years old, not young for a first book, but it was a period when Canadian poetry was fashionable, and the book sold quite a few copies. It included three plays, and I suppose it encouraged me to be inclusive, not rigourously selective.

As to the difference of my new work, well the poetry is more often written in fairly strict rhymed forms. I began with strict forms, then moved into free verse, but my own free verse and that of most other mostly bores me now. Perhaps I lack the urgency felt by the young and need the struggle of tight forms to lift the level of energy.

What I've just written applies, of course, mostly to poetry. As to fiction it has on the whole grown "louder, faster and funnier" to quote the old theatrical joke. Douglas Glover pointed out that I am loudest, fastest and funniest in the (imaginary) first person.

I didn't come to poetry first. I started out in high school trying to write both poems and stories. For a while in the Sixties I found it easier to publish poetry than fiction, and that led me to write more poetry. Still, at the time my first poetry book was accepted I also won a Belmont Award for a short story that appeared in Saturday Night magazine.

I believe, in general, that especially in fiction I write best when I write fastest. Once an idea has taken on some life (how does this happen? who knows?) things move on very quickly. I take some notes, but sometimes they turn out to be only modestly relevant to what creates itself on the page. As an example I have notes from the spring of 1968, notes begun in Paris, for something that meant to be a novel taking place perhaps in the nineteenth century, with some relation to the history of art. But missing from the notes is the leap by which the supposed novel became a set of lectures in the novella The Stand-In. Once I am in flight the final shape is usually there, though much detail may get revised.

Fiction most commonly begins with a voice. Or maybe more voices than one. I don't writes bits and pieces. I write stories, the narrative impulse and the voice somehow coming together. Poetry begins in overexcitement, often visual.

Public readings have nothing to do with creation. I have done a bit of acting and a lot of singing and I have some natural impulse to perform, but it has little to do with the invention of stories or the creation of poems.

I am allergic to generalizations.

See above. A writer is a citizen, but mostly in his time off. Though there was a time when I suppose I thought it was my duty to create, alongside others, a Canadian verbal reality.

I have had some useful connections with editors, though mostly at a word by word level. Punctuation. I always greatly enjoyed collaborative work, in theatre, radio, television, but that it a joint project from the beginning.

"We are in a whorehouse here, and people are getting fucked, and you can't just sit and listen to the blind piano player."

John Hirsch in a CBC Drama Department meeting. Maybe only the most memorable.

10 - How easy has it been for you to move between genres (poetry to fiction to critical prose)? What do you see as the appeal?

By and large poetry, fiction and critical prose come as quite different kinds of approach or inspiration, different kinds of jobs, bringing their own techniques with them. A story that fails doesn't become a poem; it just remains a failed story. And vice versa.

I am mostly a morning writer. With age I'm slowing down a little, but traditionally I got up and set to work five mornings a week. This is particularly true with long forms, novellas, novels, or The Year One. Sometimes I go back later in the day, and afternoons, when I was doing more free-lance work, were for reviews and such things.

I used to sometimes run or swim, but mostly it doesn't get stalled. I stare out the window and go back to work. If it fails it fails.

To be read with pleasure by as many people as possible. Or maybe I only want to get up in the morning and make something out of words, something that persuades me and keeps my mind occupied.

Northrop Frye said the same thing. The answer is, as the joke goes, all of the above.

I'd be happy just to keep going.

In another world I might have been a singer (see The Year One, p 29). I can't imagine not being a writer. Aging and melodramatic I'm tempted to say I would have been mad without it. Though that probably isn't quite true.

It was what I wanted to do. It was what was there demanding to be done.

As it happens I recently reread Great Expectations. That is an good as they come. Also recently translated some Chekhov. Same comment. Movies? Maybe L'avventura, or Bergman's Persona. Or Fanny and Alexander.

Something that might become a sequence of poems--three written. Reading around an idea for a novella, but it might or might not work. I've just finished a book of connected stories all in dialogue.

Posted by rob mclennan at 11:10 AM
Labels: 12 or 20 questions, David Helwig, The Porcupines' Quill