an h moves past an m
an i becomes an r

someone throws a snowball

a sky which is grey
blue

do not serve yourself

a d in a cloudbank
an r by the sea

perhaps it is a river
passes over

It serves as quite a compliment to the work of late Canadian poet bpNichol (1944-88) that every decade or so, due to a demand by readers, friends, editors and publishers, a new edition of his selected poems is brought back into print. Thanks to Smaro Kamboureli and Darren Wershler-Henry, who began the project, and Wershler-Henry and Lori Emerson, as editors, who saw it through, we now have the 336 pages that make up The Alphabet Game: a bpNichol reader (Toronto ON: Coach House Books, 2007) [see here for the announcement + table of contents, posted by Emerson]. The work of putting together any sort of collection like this has to be done by those who know the work, and know it well, and both editors have done much over the years either on or influenced by the work of Nichol, even back to Wershler-Henry’s first poetry collection as homage, his Nicholodeon: a book of lowerglyphs (Toronto ON: Coach House Books, 1997).

Coach House is certainly the obvious choice for keeping Nichol in print, especially since they’ve been working for years to keep the nine-volume The Martryology in print, as well as issuing a third edition of Konfessions of an Elizabethan Fan Dancer (2004) a few years back, edited by Nelson Ball (who also saw the second edition through his own Weed/Flower Press in 1973, after the original British Writer’s Forum edition in 1967). The obvious choice, even before the lane where the press lives was officially named “bpNichol Lane” a number of years ago, in homage to the late poet, with a Nichol poem etched into the lane itself (what the two photos, courtesy Amanda Earl, depict). Still, it does beg the question, why didn’t McClelland & Stewart consider keeping the previous selected poems in print (you can still get the much earlier selected poems that Talonbooks published, Selected Writing: As Elected, from 1980)? I mean, despite the fact that during his life, bpNichol said he’d never publish a book with McClelland & Stewart, and then, mere years after he dies, the first posthumous selected, An H in the Heart: A Reader (Toronto ON: McClelland & Stewart, 1994) appeared with the same company. Didn’t they know? Or was this weighed against the argument of distribution that a more “national” publishing house like M&S would have for the work?

Still, a book promoting the work and/or life of the late bpNichol could never be all wrong. Even as Nichol himself said in an interview conducted by Flavio Multineddu (Open Letter, Eighth Series, Number 7, Summer 1993):

It seems to me that any form you choose both lets you say certain things and at the same time limits the contents of what you can talk about, and therefore to reach the other, which you could say is the reader in one way, but I also meant it in the very basic sense that other people are strangers to us, all other people, so to reach out is to find as many exits and entrances as possible, which I saw it as being a question of formal choice: the more fluid you become moving between forms … unless you are contained by the issue of form per se. But the issue is not to get rid of form, but rather to multiply the sense of possibility, and that’s the way I’ve been, I think, rather clearly, operating.

Perhaps Nichol wasn’t talking about publishing per se, but there are certainly considerations that could be applied to such. In a similar vein, the editors of the new collection work to explain their own framework, as they begin their postscript, “This book is a frame.”:

You can see bpNichol’s work through it, but our frame, like many frames, has glass in it – glass that colours and textures, reduces and magnifies, reflects, refracts and, yes, occasionally distorts. Any book that pretends to do otherwise can be trusted even less than usual.

The Alphabet Game is indeed ‘a’ reader. Given bpNichol’s extraordinary literary output, what we present here is by necessity only a fraction of what he wrote in his lifetime; there have been, and we hope there will be, other collections of his work, in both print and digital form. This is only the beginning, again.

Rife with in-jokes and other Nichol references, the two-page postscript ends with:

In the meantime, we have established a website, bpnichol.ca [unfortunately not actually scheduled for launch until spring], which will continue the project that The Alphabet Game has begun, acting as an open-ended online anthology. The site will house a range of digitized Nichol material, including sound files of Nichol’s recordings, full-colour images and scans of his musical scores. Our goal is simple: to ensure that as much of Nichol’s work as possible stays available in as many forms as possible. To paraphrase Nichol, there are infinite alphabets ahead.

Apparently the framework for The Alphabet Game: a bpNichol reader also included only considering works that appeared in books, as opposed to all the other small bits of ephemera that could easily contain whole libraries, whole rooms, by themselves; partly, I’m sure, so the project of editing down a manageable collection and even representation of Nichol’s oeuvre would be possible, and not a life-long work of its own, completely overwhelming and unfinishable. How does one work to represent a writer who tried, in his own way, to do everything? From comics (bpNichol published the first underground comics, they say, in Canada), computer poems, visual/concrete poems, essays, interviews, endless collaborations, text and word games, television scripts, songs, fiction, sound recordings, theory, etcetera. Imagine: just for the book he had seen through the process, there were at least four that appeared posthumously; how much work do you think there was still to collect, collate and consider sitting around uncollected otherwise? 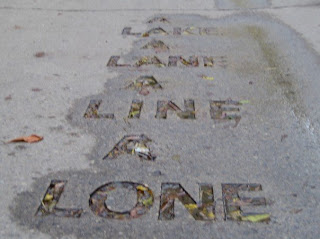 What makes the book impressive is just how well of an opening it provides, with the option of going further into any of the nine volumes of The Martyrology (selections are included in this volume) that Coach House keep in print, or the two more recent volumes issued by Vancouver’s Talonbooks, bpNichol Comics (2001), ed. Carl Peters, and Meanwhile: The Critical Writings of bpNichol (2001), ed. Roy Miki. What really appeals is the forthcoming two-volume reappraisal that Lori Emerson has been collecting for Open Letter on the work of bpNichol, as an interesting pairing/extension of this brand-new selected poems, with the first issue scheduled for January 2008 (rumours have launches for both issues and selected happening then as well). 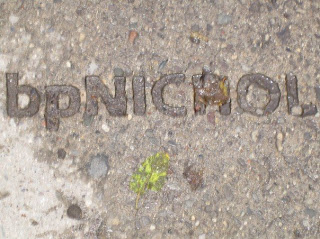