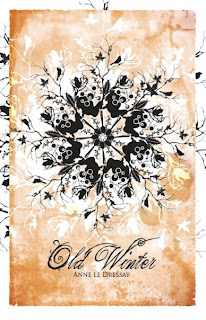 The pieces that make up Anne Le Dressay’s second poetry collection, Old Winter, are urban poems grounded in the rural past. Understated, direct, ironic, quietly humorous, they reveal a love of the particular, of small daily things which feel more and more fragile in a world overshadowed by big threats. Descriptive or narrative, focussing on the inner world of mind and spirit or the ‘real world’ outside the narrator, these poems celebrate in close and vivid detail the small moments of ordinary life. They are poems of wonder, transformation, and resurrection.

And the meek shall inherit

Not this. Perhaps some post-
millenial earth where
lying low pays off in survival while
the loud and pushy get
clobbered.

Those who inherit this earth
are those who shout loudest, or who
simply take because they know
it's theirs.

If the meek inherit,
it's not anything as spacious or solid
or fecund as the earth.

Unless they taste it
in the dust kicked up
by the exuberant wheels of the true
inheritors taking off with their
inheritance.

Anne Le Dressay grew up in Manitoba, first on a farm near Virden and then on an acreage outside Lorette. She has lived for extended periods in Winnipeg, Ottawa, and Edmonton (in that order). She taught English and Creative Writing for ten years in Alberta. She is now in Ottawa for the seond time, working for the feds. She has been published sporadically since the 1970s. She has one previous trade book, Sleep is a Country (Harbinger, 1997) and two chapbooks, This Body That I Live In (Turnstone, 1979) and Woman Dreams (above/ground, 1998). She was also featured in the anthology Decalogue: ten Ottawa poets (Chaudiere Books, 2006).

$18 CAN/$16 US
isbn 978-0-9783428-0-7
available to bookstores through the literary press group
or directly through the publishers at az421@freenet.carleton.ca
Posted by rob mclennan at 2:23 PM
Labels: Anne Le Dressay, Chaudiere Books