12 or 20 questions: with George Bowering 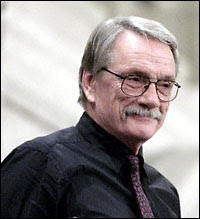 George Bowering, Canada’s first Poet Laureate, was born in the Okanagan Valley and schooled on the West Coast and in Montreal. His work is inescapably rooted in British Columbia, with stories of growing up in the Okanagan, haunting poems of urban Vancouver, and his innovative treatment of historical B.C. events.

A distinguished novelist, poet, editor, professor, historian and tireless supporter of fellow writers, the highly esteemed Bowering has authored more than eighty books, which include works of poetry, fiction, autobiography, biography and youth fiction. His writing has also been translated into French, Spanish, Italian, German, Chinese and Romanian.

After serving as an aerial photographer in the Royal Canadian Air Force, Bowering attended the University of British Columbia where he earned a B.A. in History and an M.A. in English. He is one of the founders—along with Frank Davey, Fred Wah, Daphne Marlatt and Jamie Reid—of the avant-garde poetry and poetics magazine TISH. Bowering has taught at the University of Calgary, the University of Western Ontario and Simon Fraser University. He continues to act as a Canadian literary ambassador at international conferences and readings.

In 2002, Bowering was recognized by the Vancouver Sun as one of the most influential people in British Columbia.

Before I had a book published, I said that I wanted to have a book of poetry published by Contact Press, and a novel published by McClelland & Stewart. Well, my first book of poetry was published by Contact, and my first novel was published by M&S. So then I felt that what I had known for so long could now be generally known.
2 - How long have you lived in Vancouver, and how does geography, if at all, impact on your writing? Does race or gender make any impact on your work?
I moved to Vancouver to be a UBC student in 1957. I went to Calgary to be an assistant professor in 1963, so there's 6 years. I came back to Vancouver in 1971 and have been here ever since, except for temporary gigs elsewhere and a year in Port Colborne. So there's another 35 years. Let's say I have been in Vancouver for 41 years. As for the impact of geography on my work, see all that stuff about the subject in the early issues of Tish, where we went on and on about locus, having taken the term from Olson. Race and gender have no impact on my work. 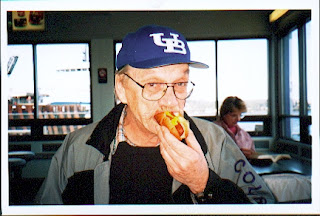