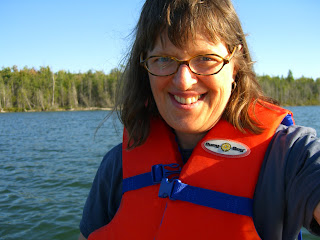 bio: egad. i like chus pato's answer: "insofar as all biography participates in fiction, i prefer not to have one." but well, i live in montreal, first book from anansi in 1979, Empire, York Street, and most recent also from anansi, O Cadoiro, 2007. many books in between. many more grins. grew up in calgary, lived after that in edmonton and banff briefly before spending 10 years in vancouver then moving to montreal. is a freelance commercial translator in quebec (french to english) and translates poetry whenever possible (no money in it but when i can eat from other sources, i translate poetry!) from galician, spanish, portuguese to english. lives in french. likes cooking, cats, bicycling, balconies, and Life.

It scared me. I wondered if I could do it ever again. I couldn't believe it was attributed to me. Did I write it? Would it distract me forever? I solved that problem by not reading any of the reviews. Then I read in a newspaper it was nominated for a GG. I was relaxing in a train bedroom in Edmo station waiting for boarding and I fell over out of the chair. That was months later tho. Life went on. It just did.

Race and gender make impacts on everyone's work, and on their being in the world! We're social beings, live in communities, and some features of identity are more priveleged than others. I can cross the border into the USA easily because I look very white. And men walk into me in the street because they see a woman and their bodily sense of space assumes I'm smaller than they are and they don't have to move much to get by me. Crash. Can what affects us when we move not affect us when we write?

Je suis montréalaise depuis 23 ans. My geography is relentlessly urban. Most of it is paved over, though I find parks in it, and patios, and delicious smells! Geography is in my writing too. The childhood geography too: rivers, creeks, grasses. And the mental geography: languages. Which brings me to other geographies, less urban.

Coa música das palabras, dunhas palabras. And it grows from there; from the beginning I am only working on how words look beside each other, and how they affect each other. If I am lucky, after about 10 or 20 pages, the book starts to emerge, I start to see its forms, its being.

I like reading out loud to my friends at certain points when I am making a poem. But public readings as such occur long after the pieces are written. They are more ways to get the work out to readers. I like audiences, though, I like hearing how they respond. And I respond too. But to write the work I need quiet and to be with the words.

The current question is why write poetry at all? Though one writes without a why. Tis a deeper insistence that wants to make language instead of something else. And keep making language. As for answers, it is, rather, questions that emerge in the work, I think, and I don't think they expect me to answer them. If they expected answers, they'd show up in someone else's work. I prefer questions, the questions.

What is a theoretical concern? My concerns are all very real, even the ones about language, and how we are constituted as beings in language. They are everyday questions. How does language work? Why does any one word next to another mean something? These are ordinary questions.

Not difficult, I like hearing the way other people think about the work and engaging with that. Mostly it is not essential, but near the end it is, before the book is published. I wouldnt go with a publisher if I couldnt have an editor to wrestle with. On the other hand, feedback of friends is critical to me early on. I have some friends who ask tough questions, pull no punches. I trust them.

I am more at ease with the difficulty of it, I thrive on it. A process of curiosity and perseverance. And the book never ceases to amaze me: its shape, its leaves, the recto and verso of these leaves. It is a structure so open to possibility. Impossible to exhaust this possibility! It is not harder or easier to make a book, it is more curious, is all.

I just bit a really wrinkled one that I got from a porcupine. It's too green, I can't eat it. But I have four others from the store, and some blue cheese. I'm thinking I'll eat one after dinner. But here I am back after dinner and I'll eat it tomorrow, I'm too full!

"Go outside and enjoy the day."

I don't do genres. I write. This and that happens. I just do what I feel like doing. Genres are other peoples' business.

With coffee, and email, normally, alas, as when I wake up it is 6 hours later in Europe, and they have been at it already and I am behind, and I really can't put it off for very long or I screw up other peoples' work. I like best to stay home and work early in the morning on poetry, though, do commercial work till 2 or so, go to the gym, come home, eat lunch, work some more, someone comes over or I go to their house, we talk and talk and read and laugh, and make supper. Then it is very late and I go home to bed or my guests go home to bed. That's a typical day. There aren't very many of them, alas. But I think of them as typical because they suit me. The other typical day is, of course, to get up and go to an airport, and spend all day spying out electrical outlets to charge my laptop battery while enduring the waits for planes. My favourite untypical day is to go out in the morning for no reason, and marvel at how amazing it is, because I rarely go out then!

Books, amazing books, powerful writing. But not for "inspiration," because I believe in "work". Unless you are talking about breathing. Inspiration is good then. But I read for nourishment, and for joy.

I don't compare! Previous to what? I guess I could say it's different, they are all different. More and more, maybe, the other languages enter my work. Until the point arrives where they are my work.

Ah but books come from books because writing is in language! You may have a zillion other influences, but when you start to make language, you are using words that have been used before you ever used them.

Influences from visual art, architecture, biology, philosophy, abound in my work. I'm a curious person, I think I must be. I feel curious.

Ouf! Too much. I want to learn Romanian well enough to live in Bucharest for awhile, live in Paris sometime for a few months, go to my mother's village, go to the Panama Canal, go to Alaska, sing Shenandoah in tune. Learn another language after I learn Romanian.

I like doing again things I've done before, too. Esp that I dont get time to do. LIke fishing. In a creek or river, where you can stand, not off in a boat somewhere.

I dont know what I would have ended up doing, there's so many interesting things to do! and I am curious and love learning nearly anything. Early on I wanted to run a restaurant, but I wouldn't have ended up doing that. I already have had a 20 year career cooking and managing and so on, before I became a translator. I like being a translator best.

Inner insistence, plus it was cheap and compact: all you needed was a typewriter. I was too scared about money to be a visual artist, rent a studio, buy huge materials, etc. I still am.

Most recently read and seen? Os libros arden mal, Manuel Rivas' latest novel. And I enjoy films so much, and like a lot of them! I saw Les spectres de Goya (Goya's Ghosts) the other night and liked that: harrowing. And I saw the latest Claude Lelouch too, Roman de Gare (I think it is called Crossing or Crossing Tracks in English): he makes fine fine intelligent romantic comedy-thrillers! And I saw the Moscow Bolshoi Opera in Ljubljana in August: wow. And I love the theatre, theatre in French in Montreal is the best anywhere.

And translating Chus Pato's latest, Hordas de escritura. Still don't know what I will do with that title! As hordes in English has ceased to have the basic meaning it has in Galician and just means lots of something.

And a book of essays, gathering various talks and essays I've written in the past 20 years or so. And a collaborative translation-based but wide ranging long work in poetry with Oana Avasilichioaei... it might be a book, it's ongoing. Parts of it are on the web (Jacket) and in the latest Open Letter. She's pretty darn challenging to work with.