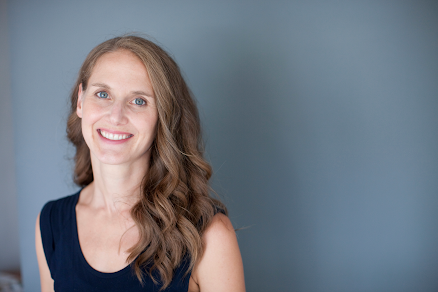 Lindsay Zier-Vogel is a Toronto-based writer, arts educator and the creator of the internationally-acclaimed Love Lettering Project. After studying contemporary dance, she received her MA in Creative Writing from the University of Toronto. Her writing has been widely published in Canada and the U.K. Since 2001, she has been teaching creative writing workshops in schools and communities. Her hand-bound books are housed in the permanent collection at the Thomas Fisher Rare Book Library in Toronto. As the creator of the Love Lettering Project, Lindsay has asked people all over the world to write love letters to their communities and hide them for strangers to find, spreading place-based love. Lindsay also writes children’s books. Because of The Love Lettering Project, CBC Radio has deemed Lindsay a “national treasure.” Letters to Amelia is her first book.

Letters to Amelia is my first book, though I did get a two-book kids’ book deal before signing my “Letters to Amelia” contract (kids’ books just take longer to get out in the world). But I found the self-confidence of having a book deal has made me feel like less of an imposter.

I can’t remember if I started writing poetry first, or started dancing first—contemporary dance and poetry were so intertwined for me. Though, I will admit, it has been years since I’ve written a poem.

I generate a lot of material (like, A LOT), and Letters to Amelia was no exception. It took a lot of writing and revising and more writing before I uncovered the narrative, the point of view, and the form. My process definitely involves writing terrible drafts, and then I edit and edit and edit before they’re even readable. Even after that, I still have years of editing ahead.

I love public readings! I love the energy of an audience and I love experiencing feedback in real time.

Writers are, and have always been, so vital in reflecting back the culture we live in, and that is more important now more than ever.

Oh, I LOVE IT! I just love it. I love getting feedback on my work, and honing a narrative, and further developing characters. Having that first conversation about my imaginary world with my brilliant editor, Meg Storey was truly one of my highlights of writing “Letters to Amelia”.

I heard an interview with Sarah Selecky a few years ago and she spoke about approaching writing with joy—not that it’s always fun, or that it’s not work, but bringing joy into the writing process. That was really transformative for me and I’ve carried with me ever since.

10 - How easy has it been for you to move between genres (poetry to fiction to children's books)? What do you see as the appeal?

I love having different media through which to tell different stories. I can’t write poetry when I’m writing fiction—the lens through which I see the world is too narrative-focused—but I love bouncing back and forth between novels and kids’ books. Alternating between the length of a novel, and the brevity and conciseness of kids’ books is so refreshing.

I write in the early mornings, always. Never quite as early as I intend, but always first thing with a cup of coffee in my sunroom. The mornings are only time in my days as a freelance grant writer, arts educator, prof at Humber College, and parent of two young kids that is truly mine, and I am such a better teacher, parent, and human if I’ve done the thing that fills me up the most first thing each day.

Being in the water, length after length, is how I solve narrative problems, how I figure out characters’ responses, where I find my voice.

The smell of lake water and sun on summer shoulders.

Contemporary dance is hugely influential for me—the lack of narrative, the varying structure, the physicality—transport me from the world of words in such a powerful way.

I have a writing group with Samantha Garner, Teri Vlassopoulos, and Julia Zarankin, who are all exceptional writers. We call ourselves the Semi-Retired Hens, from a quote from Julia’s memoir. These three writers are so influential, so crucial to my writing process. Reading their in-process work, and giving feedback, and workshopping my work, and ideas before they’re even on the page in such a generous forum has improved my writing beyond measure. Working with the Hens has helped me understand the mechanics of writing in ways that I had not yet fully realized before. Having the time and space to experiment with ideas with such a supportive and generous team of fellow writers is such a gift.

I’d like to visit Londonderry, where Amelia Earhart landed her red Vega when she crossed the Atlantic solo for the first time. I’ve visited the airfield she took off from for that flight in Harbour Grace, Newfoundland, and I’ve visited her plane in Washington, D.C., and I’d like to see where she landed after that harrowing flight.

I think I would be a professional day camp counsellor. I think at my most essential self, I am singing songs, and making up games and doing crafts with kids.

I always wrote, but as I was finishing high school, I decided to train as a contemporary dancer, so I started my creative career as a dancer. Throughout my dance training, I was writing poetry and making books, but I really thought that dance going to be my creative path. After three years of professional training, and a few short months as a professional dancer, my hips were having none of it. It was devastating at the time, but after realizing that I was too injured to ever have a sustainable career as a dancer, I leaned on writing, and realized my voice was so much stronger as a writer than it ever could’ve been as a dancer.

I just finished reading The Final Revival of Opal & Nev by Dawnie Walton, and it was truly unputdownable.

I do not watch a lot of films, though I just watched Space Jam 2 with my kids. It got panned by the critics and is just beloved by my basketball-obsessed-6-year-old and I loved every second of it.

A novel titled “The Fun Times Brigade” about a failed-singer songwriter turned kids’ musician who has a child, and has to reckon with the reality, and potential impossibility, of being a touring musician and a new mother.

Posted by rob mclennan at 8:31 AM
Labels: 12 or 20 questions, BookThug, Lindsay Zier-Vogel

There's a group of women in Londonderry you might want to try to connect with. They love Amelia as much as you and I do, Lindsay!