So here is one leitmotif in this volume: me trying to figure out how things work, whether the relationship of sounds in a stanza of poetry, or of poems in a book, or of several books in a poet’s oeuvre. I have always been obsessed with craft. And because I recognize the terrific effort involved in making any form of art, I always try to write respectfully, and only about books that engage me or teach me something interesting. I have no interest in negative criticism; I just don’t feel it is worth my time.
Of course, not everyone agrees with this perspective. When I was in graduate school and Deconstruction was all the rage, I was informed solemnly by another student, one of those avid and ambitious ones whose business it is to know all the right people and how to make use of them, that my ‘problem’ was that I was a poet. His verdict was pronounced with an equal measure of pity and contempt, much as a restaurant critic might address his lunch. But having been on the receiving end of a knife and fork many times gives me a bit of an advantage when it comes to discussing other people’s poetry. I try never to distort what someone else has written for the sake of a clever remark, or to ignore exceptions in order to prove a generalization, or to troll for examples out of context to support an a priori argument, or to be stylish and the expense of common sense. (“Introduction”) 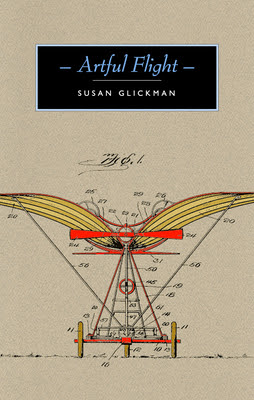 There is an enormous amount to appreciate and admire in Toronto writer Susan Glickman’s latest work, Artful Flight: Essays and Reviews 1985-2019 (Erin ON: The Porcupine’s Quill, Inc., 2022), a selection of essays and reviews composed across more than three decades of writing, reading and thinking. Set in four sections—“On Craft,” “Reviews,” “Critical Essays and Lectures” and “The Self in the World”—Glickman offers her detailed and thoroughly researched thoughts on works by an array of writers and writing contemporary and otherwise including Robyn Sarah, Diana Hartog, Patrick Lane, Gary Geddes, Don Coles, Phyllis Webb, Erín Moure, Paul Celan and Primo Levi, Michael Ondaatje and Anne Szumigalski. While a number of these pieces are years old, they manage to retain a freshness that belies their age, such as her review essay on John Newlove’s final, single-author full-length collection—well before the publication of his selected poems through The Porcupines’ Quill, a final chapbook through above/ground press and a posthumous selected poems through Chaudiere Books—The Night the Dog Smiled (Toronto ON: ECW Press, 1986). Her gaze is ambitious, exploratory and revealing, offering a thoroughness to the way in which she articulates her thoughts on craft and form, focusing on poetry but open to well beyond the borders of the poetic form. “Then there’s the question of those rare and beautiful situations that resonate with meaning.” she writes, as part of the essay “Indirection: Truth to Life in Fiction.” “What meaning? That’s the problem, you don’t know.” There is such a density of thinking and ease in her writing that one could get lost in such a collection, and happily so; my only frustration with this collection is the thought that perhaps she isn’t writing as many review essays now as she once had, aware of the state of contemporary reviewing and how few options, especially paid ones, that exist. Writing on William Carlos Williams’ infamous poem, “The Red Wheelbarrow,” she offers: “It is to him more than to any other single writer that we owe the vindication of free verse as a legitimate prosody, and the redefinition of counterpoint to include the play of line rhythm—whether metrical or not—against ordinary syntactical pausing. And yet, the way Williams uses the line break, while capturing the cadences of American speech, is nonetheless resolutely textual: most of its power comes from how it is put down on the page.” A few lines later, she continues:

What Williams has written here is clearly, even defiantly, a poem, in that it’s neither speech no prose but a kind of language which insists on being read carefully, being attended to, in the way that poetry does. The longer you look at it the denser it seems, the more exquisite the internal clockwork, the more surprising the degree of organization in so small and unprepossessing a piece. The visual pattern is immediately apparent; four couplets, unpunctuated and with no capital letters, each consisting of a three-word phrase followed by a single word.

Posted by rob mclennan at 8:31 AM
Labels: Susan Glickman, The Porcupines' Quill