Dirt on my chin and I wonder: Am I already
in the ground? Like a toy turned real, I cannot shed
the sense that I have died. The German word

for heaven’s the same

as the German word for sky. On hearing a cruel
prince was in danger, I prayed for him to thrive,
not for his own sake, but for the concubines,

sure to end up buried

along. To my real face, a man once crowed
I RUINED YOU, and though he did, the joke’s
on him: he ruined me only for this world,

and this world is not long

for itself. The earth, that ever-loving
but distrustful kin, keeps leaving us just a little
pocket money when it dies, never the land— 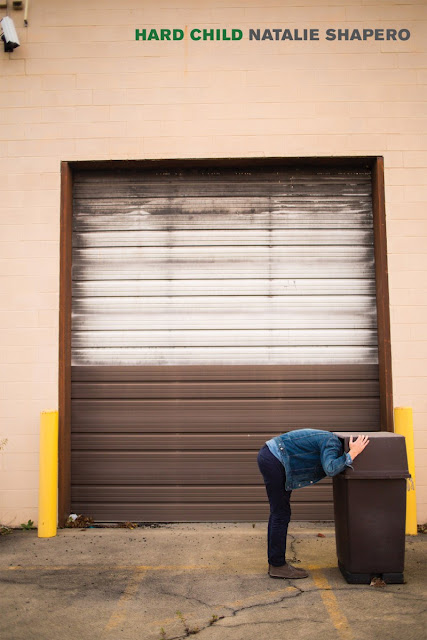 I’m quite struck by many of the poems in Somerville, Massachusetts poet Natalie Shapero’s latest poetry title, Hard Child (Port Townsend WA: Copper Canyon Pres, 2017), a follow-up to her first collection, No Object (Saturnalia, 2013). Predominantly composed as a collection of short, first-person lyrics, there is a performative element to Shapero’s poems, composed as a combination of lyric essay and monologue, each of which are delivered with force, whether a push or a punch. As she writes to open the poem “Mostly I Don’t Want to Have a Son—”: “too many fears. What if he knows the ancients / believed more boys than girls were born in wartime, / to account for casualties in battle, leave / the world in balance?” Shapero’s poems speak of and through an enduring humanity, including death, trauma, shootings, dying, New York in the 80s, religion and those particularly dark days that infect so much else, such as the poem “Seven Wounds in Two People,” that begins: “How Dallas, the name of Dallas, the whole / of Dallas seemed to be tainted after the shooting. // WHAT A BLACK EYE FOR THE CITY, NO ONE / WILL GO THERE.” And yet, it is through that lens of humanity that this wouldn’t be classified as a collection of dark poems, but poems attempting to wade forward, through that dark into the other side, while even acknowledging that the fabled other side might not exist.