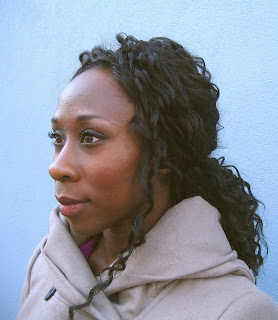 Esi Edugyan has degrees in Writing from the University of Victoria (BA) and Johns Hopkins University (MA). Her work has appeared in several anthologies, including Best New American Voices 2003, ed. Joyce Carol Oates, and Revival: An Anthology of Black Canadian Writing (2006). Her debut novel, The Second Life of Samuel Tyne, was published internationally. It was nominated for the Hurston/Wright Legacy Award, was a More Book Lust selection, and was chosen by the New York Public Library as one of 2004’s Books to Remember. Her second novel, Half-Blood Blues, appeared in Canada with Thomas Allen, and has been shortlisted for the 2011 Man Booker Prize.

Edugyan has held fellowships at the Fine Arts Work Center in Provincetown (US), Hawthornden Castle (Scotland), Klaustrid (Iceland), Akademie Schloss Solitude (Germany), and most recently JAK/Collegium Budapest (Hungary). She has taught creative writing at both Johns Hopkins University and the University of Victoria, and has sat on panels as diverse as the LesART Literary Festival in Esslingen, Germany, the Budapest Book Fair in Hungary, and Barnard College in New York City. She currently lives in Victoria, British Columbia.

The first book I guess vindicated the long years of writing that stretched out before it. You think, ‘Okay, I can do this,’ even while understanding (hoping) that this is just the beginning of a lifelong pursuit. My recent novel shares, I think, an interest in histories that have slipped from view – in the first novel, The Second Life of Samuel Tyne, I wrote about a town in Alberta founded by freed black slaves, whereas this new novel explores the experiences of black Germans under the Third Reich (among other things).

Actually, I started with poetry. But narrative drive and character kept taking over.

It depends. Some things come quickly, a gift, fully formed. Others retain virtually no connection to the initial idea or draft. But most of the writing is rewriting, always.

4 - Where does a novel usually begin for you? Are you an author of short pieces that end up combining into a larger project, or are you working on a "book" from the very beginning?

I’m very conscious when I start a piece of what it will be, whether a novel or a short story, etc. Certain stories seem to dictate certain lengths. I also tend to write chronologically.

5 - Are public readings part of or counter to your creative process? Are you the sort of writer who enjoys doing readings?
I’m rather shy and reluctant in public. But I do enjoy meeting fellow writers, and readers, and hearing their thoughts and ideas. So, a bit of both I guess.

I’m not sure about theoretical. I suppose I’m unfashionable in that I try to avoid fashions or ‘current’ questions. The right kinds of questions – questions about the human condition, about who we are, what we want, how to live, what is the moral life – these seem to me either always current, or never so. But nevertheless these are the sorts of concerns that tend to occupy me. That said, my fiction seems much more interested in its characters and their particulars, rather than larger themes or authorial concerns. I guess in the end my fiction tends towards the stance that we are not so different from how we were centuries ago – that there is more similarity in the human condition, than difference.

This isn’t the sort of question writers should be answering – at least not in their role as writers. I do believe the best fiction is more than just entertainment, more than mere storytelling. But everything beyond that point remains vague, and maybe it should stay that way. I think our lives have meaning, and the best fiction reflects that, and urges us to look at ourselves more intensely and maybe even a bit more honestly.

Both, but maybe a bit more essential than difficult. I’ve been really lucky with Half Blood Blues, in that its editors were brilliant and shared a sensibility with the novel. It was a surprisingly smooth process.

Failure is quitting before you succeed.

When I’m between projects the days are listless, and the work doesn’t really add up to much. Once I’ve found the project and there is some momentum, I’ll write every day for four to six hours. Sometimes as much twelve, if things are really picking up steam. We’ve just had our first child, though, so I expect my writing schedule will change now. And by change I mean cease to exist!

I don’t know that I believe in writer’s block. Some problems you move through more slowly, some just solve themselves. But if the work isn’t coming, well, I’ve learned to trust it. Eventually something gives.

12 - What was your favourite Hallowe'en costume?

My husband went as a ghost. He cut holes in a white sheet and tossed it over his body. It was very convincing.

Everything feeds into the stories themselves – rumours, news stories, experiences from travel etc. But the writing itself is sometimes informed by music – this new novel took jazz rhythms into the voice of the character himself, for example.

There are just so many. Naipaul and Tolstoy, Dostoevsky and Bolano. Toni Morrison, when I was younger.

I don’t know. I considered law for a time, and being a nutritionist.

A crazy, all-consuming faith in the importance of the written word.

2666 by Roberto Bolano. The Killing by Kubrick.