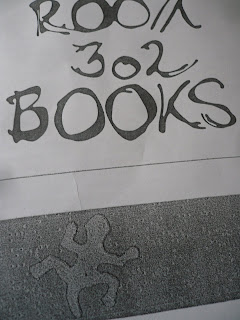 Write, call or simply show up at jwcurry's door for a copy of the list. Other lists are most likely still available.
from the inside cover:

list 12, published occasionally, fixates on a sampling of materials issued to correspond with specific events. there are: exhibition announcements/invitations, catalogues & reviews; holiday mailouts; special issues of magazines; anniversary anthologies; travel gifts; party invitations & handouts; events posters & souvenirs; reminders; memorials; address change notices; publication announcements; programmes; propaganda; parodies; & a handful of unclassifiables. the list could easily have been 5 times its size but, in propitiation for the overt hostility suffusing list 11, i've kept opportunities for bile to a minimum & am mostly enthusiastic about the offerings included herein (irked ire obvious as usual).
of particular note here are the christmas “cards” (& related material, entries 125 – 161) issued by bpNichol &, after his death, Eleanor Nichol. from what i've been able to determine, this is the largest selection ever offered for public sale of these elusive private publications & few – if any – of the variant issues have been previously described.
ROOM 302 BOOKS is probably open whenever you want it to be; just give a call to be sure i'm in & up (613 233 0417) & come to either door of 880 Somerset Street West, Ottawa (K1R 6R7 for the postally-inclined). orders by post are subjected to no postal penalties if paid in advance; please make cheques or money orders payable to jwcurry. returns are a bad idea: don't order it if you don't want it.