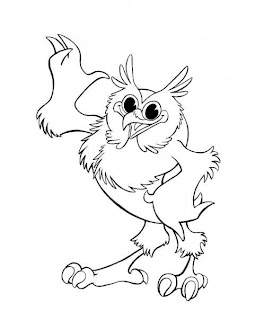 The Dusty Owl Reading Series
Sunday, May 8, 2011
at The Carleton Tavern, 5pm
featuring Ottawa poet Ronnie R. Brown
with a musical set by John Lavery
+ Phillip Victor Bova
and the triumphant return of Steve "Dusty Owl" Zytveld!
Ottawa writer, Ronnie R. Brown, holds a B.A. and M.A. from Concordia University, where she received both the Board of Governors' Medal and Graduate Students' Prize for poetry. Brown has also has taught at both Concordia and Carleton Universities.

Widely published in magazines and anthologies in Canada and abroad., a staged adaptation of her work, ON FALLING BODIES, was presented at the Atelier of Ottawa's NAC. The producer/host of radio programs for both Ottawa University radio stations, Brown also produced and co-hosted SPARKS II (CHEZ 106 FM) for almost a decade.

Released in late 2010, ROCKING ON THE EDGE (Black Moss Press) is Brown's sixth collection of poetry. In this collection, Brown's trade-mark style of micro-fictional poetry, focuses in on people on the edge. Zeroing in on the oft-neglected "blue collar" world, these poems combine to offer the reader a dark ride. More raw and direct than ever before, these pieces are particularly relevant in today's edgy world and Brown's presentation (which merges the best of page and stage poetry) will, indeed, "rock you."


And our very own Steve Zytveld, finally finished his school term, will be around to host; come celebrate the successful completion of another school year with old Dusty Steve;
The Dusty Owl Reading Series
5pm with featured performer(s) and open stage by 6;
Admission is free. Donations will be lovingly accepted.