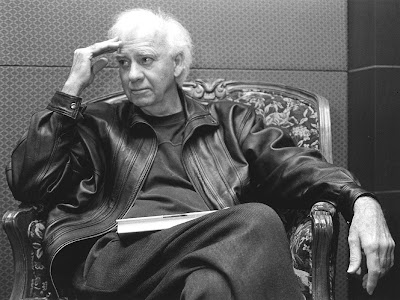 Leon Rooke [much longer bio here] is the author of seven novels, including this 1981 novel Shakespeare’s Dog, which won the Governor General’s Award, and the most recent The Last Shot, collecting eleven stories and a novella. Other major awards Rooke has received include The W.O. Mitchell Prize, the Canada-Australia Literary Prize, and the CBC Fiction Prize. He has published over 300 short stories, as well as poetry and plays, has mentored many of Canada’s most talented writers, and is the founder of The Eden Mills Literary Festival. A native of North Carolina who has lived in Canada for many years, Leon Rooke makes his home in Toronto and Mexico.

1 – How did your first book change your life? How does your most recent work compare to your previous? How did it feel different?

When my fist book appeared I had not long been living with the magnificent woman who would become my wife. The book strengthened her suspicion that I might be worth having and thus swept us into a forty-year alliance. A long crooked arc connects the first book and the last. Somewhere along the way humour became a part of the mix. My last book is told in a Glasgow street slang. In the beginning it would not have struck me that such was a thing to do.

2- How did you come to fiction first, as opposed to, say, poetry?

I came to poetry first, in high school and later in college, publishing in little magazines such as Flame, Free Lance, and existaria. In Free Lance I had a poem on a page opposite one by Langston Hughes, which was thrilling. Next, I came to drama, then to fiction. Now I also paint and sculpt and if younger would take up the tap dance.

3. How long does it take to start any particular writing project? Does your writing initially come quickly, or is it a slow process? Do first drafts appear looking close to their final shape, or does your work come out of copious notes?

My writing usually comes quickly although some books have taken decades. Many stories, poems, are generated out of an inviting first line. Sometimes the first draft is the final draft. Often first and last bear no resemblance whatsoever.

4. Where does a poem or work of fiction usually begin for you? Are you an author of short pieces that end up combining into a larger project, or are you working on a “book” from the beginning?

I like a first line that invites a second line, and so on. Rarely do I see into the future. I don’t sit down and say, Now I think I’ll write a novel. I have first to learn where the material wants to take me, what length it might demand and so forth. “Lady GaGa, on the beach in her underwear, was unrecognized.” Is that a six-line poem or a 600 page book?

5. Are public readings part of or counter to your creative process? Are you the sort of writer who enjoys doing readings?

Rarely am I shy when behind a mike. The mike works as a curtain separating the thee from the me. They are not crucial to my being. I now enjoy giving them less than I once did.

6. Do you have any theoretical concerns behind your writing? What kinds of questions are you trying to answer with your work? What do you even think the current questions are?

When is a thing worthwhile and when is it not. When and why is it that words fall aground and how is it possible to make them sing. The who who who is a recording angel ever content to remain mute. For the serious writer – someone who wants to make a contribution -- I don’t believe the traditional questions have changed that much.

To save us from ourselves and each other, to tell the story, to justify, to seek revenge, to honour the fallen, to rescue the disillusioned, to forego the tripe, to bring your lover to the dance, to pass the night in loving embrace.

8. Do you find the process of working with an outside editor difficult or essential (or both)?

Editors, I’ve by and large found, generally know what they are doing. I’ve had as editor Ellen Seligman, Gordon Lish, John Metcalf, Anne Michaels, and Patrick Crean, among others. Rosemary Sullivan will serve as my editor for a new book of poems. They’ve all been super, whether the work required of them was minimal or vast.

9. What is the best piece of advice you’ve heard (not necessarily given to you directly)?

WORK, FOR THE NIGHT IS COMING. Be attuned to the spirits. Here the sound of invisible wings.

10. How easy has it been for you to move between genres (short stories to novels to poetry)? What do you see as the appeal?

Easy, easy. Feels perfectly natural. No more difficult than a child making mud pies. And let’s not forget stage plays. The appeal is obvious: you’re better than you think. Why limit yourself? How can you know what you cannot do, until you make the effort? Your “known” capacity may be deluding you. Those are not chains binding you.

11. What kind of writing routine do you intend to keep, or do you even have one? How does a typical day (for you) begin?

The day now varies. I’ve had a “longish” life, but people die and that diminishes you. When younger I frequently worked around the clock. Around many clocks. A novella in24 hours is not unknown. A novel, and a good one, in six weeks isn’t. That isn’t necessarily to be regarded as work; that is living.

12. When your writing gets stalled, where do you turn or return for (for lack of a better word) inspiration?

Inspiration is the shadow standing next to you. Reach out a hand and it will claim you. Or it may not. I’m not a big believer in Writer’s Block. The stoppage usually has as cause something other than the page. The brain goes into a dormant state. With patience, the reasons may be identified, a first step. Also, it helps if one does something remarkably different, like designing a new costume for a rock star or concocting chocolate eclairs for your sweetie.

13. What fragrance reminds you of home?

Which home? Pine-sol in the long ago. Her perfume in the now and then.

14. David W. McFadden once said that books come from books, but are there any other forms that influence your work, whether nature, music science or visual art?

David is right, which is another reason writing instructors keep telling students to read, read, read (not simply to learn technique, etc.). But David is being neglectful of more blithesome fields including those you mention and realities such as our own emotional lives and those lives which we observe. In recent years I have taken up painting; it comes as a revelation to me the likeness of that first slash of paint on a canvas and the opening line on a page.

15. What other writers or writings are important for your work, or simply your life outside of your work?

Many, many, many. In fact, nearly everyone. Well, I mean by that that sometimes we may learn something even from terrible writers, though that isn’t something I’d like to see on a billboard.

16. What would you like to do that you haven’t yet done?

I don’t know. That question deserves a lot of thought.

17. If you could pick any other occupation to attempt, what would it be? Or, alternately, what do you think you would have ended up doing had you not been a writer?

Marvell wrote “wanton troopers/riding by/have shot my fawn/and it will die.” I wouldn’t want to be the troopers, or the fawn. The writing bug bit me at about age twelve, and nothing much has obscured that path. Russell Banks has said he’d have ended up dead.

18. What made you write, as opposed to doing something else?

I became a writer after hearing someone say to me, “And you, stupid boy, will you also lead a useless life?”

20. What are you currently working on?

I’m just finishing up a new poetry collection at the moment called The April Poems. Several short stories are underway, plus a lengthy series of God poems, in collaboration with Marilyn Bowering out in BC. Some paintings, a few art boxes. Then flowers for the yard, should it ever stop raining.