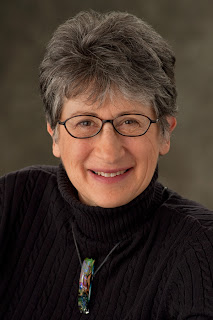 Gabriella Goliger’s widely acclaimed new novel, Girl Unwrapped, is a coming-of-age story set in 1960s Montreal. It tells of Toni Goldblatt's awakening to taboo desire, which conflicts with the expectations of her Holocaust-scarred parents and with the conservative mores of her times. Goliger's first book, Song of Ascent, won the 2001 Upper Canada Writer's Craft Award. She was co-winner of the 1997 Journey Prize for short fiction, was a finalist for this prize in 1995 and won the Prism International award in 1993. She has also been published in a number of journals and anthologies including Best New American Voices 2000 and Contemporary Jewish Writing in Canada.
Her educational credentials include a B.A. from McGill University and an M.A. in English literature from the Hebrew University of Jerusalem. Born in Italy, Gabriella grew up in Montreal and has also lived in Israel, the Eastern Arctic, Victoria, B.C. and Ottawa, Ontario, her home for the past 30 years.
The author of eight books, six of which are poetry, Blaine Marchand’s most recent books are Aperature (poems, prose and photos of Afghanistan, 2008), and The Craving of Knives (2009). A young adult novel, African Adventure (translated as Aventure africaine) was published in 1990. His work  has been published in Canadian and American literary journals. He was co-founder of Sparks, Anthos, Ottawa Independent Writers and the Ottawa Valley Book Festival. He was President of the League of Canadian Poets, 1992-94. He is working on a new manuscript of short stories (entitled Nomads), a series of poetry and on a work drawing upon his journal entries while living in Islamabad, Pakistan (August 2008-2010).
As part of Steve Zytveld's spring term at school, this event will be lovingly guest-hosted by Christine McNair;

David Groulx was raised in the Northern Ontario mining community of Elliot Lake. He is proud of his Native roots – his mother is Ojibwe Indian and his father French Canadian.  David studied creative writing at the En’owkin Centre, Penticton, B.C. in ’98-99, where he won the Simon J Lucas Jr. Memorial Award for poetry. He has written two poetry books – Night in the Exude (Tyro Publications, 1997); and The Long Dance (Kegedonce Press, 2000). Under god’s pale bones (Kegedonce Press, 2010), Until The Bullets Rose is due out 2011 (Wosak & Wynn). David’s poetry has appeared in over a 100 periodicals in England, Australia, Germany, and the USA. He lives in a log home near Ottawa.
As part of Steve Zytveld's spring term at school, this event will be lovingly guest-hosted by rob mclennan;

Watch for upcoming readings by Michael Blouin and Ronnie Brown, and the Dusty Owl fifteenth anniversary "family reunion" at the Elmdale Tavern, May 22nd!

The Dusty Owl Reading Series; 5pm with featured performer(s) and open stage by 6; Admission is free. Donations will be lovingly accepted.