a reading series lovingly hosted by rob mclennan during his tenure as writer-in-residence at the University of Alberta (2007-8); the name "Factory (West)" refers to the fact that I have been running readings for years in Ottawa since 1995 that now exist under the title The Factory Reading Series, held regularly(ish) at the Ottawa Art Gallery;

a variety of poetry and fiction (etcetera) presented on the third Tuesday of every month from January to May, 2008 in the Underdog (downstairs) at The Black Dog Freehouse, 10425-82 Avenue, Edmonton AB;

The first reading will be happening on Tuesday, January 15

Trisia Eddy lives and writes near farms, train-yards, refineries, and the North Saskatchewan River. Her work has been broadcast on radio, published both in print and online, most recently with Existere, fait accomplit,and ditchpoetry, and is forthcoming in cahoots magazine. She is the founding editor/publisher of red nettle press, which released her chapbook, what if there's no weather, in 2007, with more poets to follow in 2008.

Joel Katelnikoff is a PhD student and king of suplexes. When he isn't busy bodyslamming nonbelievers through wooden tables, he writes fiction and educates the masses. Joel's first collection of short stories will be released in 2009, provided that he can find someone to publish it.

Jenna Butler was born in Norwich, England in 1980. She is an educator, book reviewer, editor and poet who currently makes her home in Edmonton, Alberta. Her work has received a number of awards and has been published both in Canada and internationally in literary magazines, anthologies, and journals. She is the founding editor of Rubicon Press and is currently working toward a PhD in Creative and Critical Writing from the University of East Anglia, UK. Her newest collection of poems, Forcing Bloom, is scheduled for release in 2007 from Mercutio Press.

Thomas Wharton was born in Grande Prairie, Alberta, an agriculture and oil city located near the BC border. By the time his second novel was released, Wharton had developed a following of rapt and loyal readers. Salamander (McClelland & Stewart, 2001) won the 2002 Georges Bugnet Award for Fiction (Alberta Book Awards), was a finalist for the 2001 Rogers Writers’ Trust Fiction Prize, and was short-listed for the 2001 Governor General’s Award for Fiction, the Sunburst Award for Canadian Fantasy, and the 2002 Grant MacEwan Author’s Award. A collection of short stories soon followed. The Logogryph (Gaspereau Press, 2004) was named winner of the 2005 Writers’ Guild of Alberta Award for Short Fiction, nominated for the Sunburst Award for Canadian Fantasy, and short-listed for the IMPAC-Dublin Prize in 2006. Thomas Wharton lives in Edmonton with his wife and three children. An assistant professor of English at the University of Alberta, he’s currently hard at work on The Shadow of Malabron, the first in a fantasy trilogy (The Perilous Realm) for younger readers, to be published by Doubleday Canada and Candlewick/Walker US/UK in the fall of 2008. Thomas Wharton's first novel, Icefields (1995), was recently selected for Canada Reads 2008. [see his 12 or 20 interview (with a million links) here] 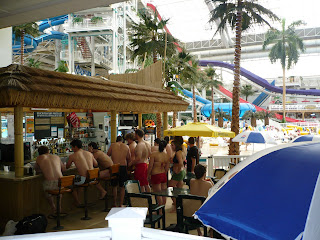