THE TOY
after Emily Dickinson

My life stood in corners until
you made us a new home
for playing. At first
I called you owner. You
scolded and commanded me
to be a real friend.
You took me to your room.
You took me to the woods.
You taught me to hunt
soft animals and turn all rabbits
into small coats for our cold hands.
Now I’m so obedient. I smile for you.
I guard your sleeping head.
We share a pillow. Your enemies
are mine. I had none before.
Even a flower
I could hurt now, for you.

Toronto poet Shannon Bramer’s latest trade poetry collection is precious energy (Toronto ON: BookThug, 2017), and is her fourth collection overall, as well as her first in over a decade. Through her assemblage of short lyric narratives, it is lovely to be reminded of what first struck me about her poems in the first place—back to the poems in her first collection, suitcases and other poems (Toronto ON: Exile Editions, 1999)—the ways in which she writes with such intimacy, and deliberate smallness, in a collection that includes breastfeeding, weddings, birds, collaboration, children, mothers, dreams and cancer. 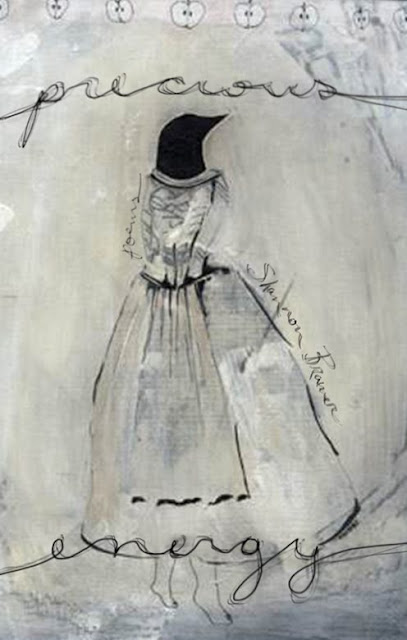 There has always been an unusual quality to Bramer’s poems, one that isn’t easy to describe, whether part dream, part fairy-tale or simply the haze of parental exhaustion. Perhaps the closest answer is, in fact, all of the above, articulating the sharp clarity of a dream that begins to fade as soon as it gains its focus. Who else could write a triptych of poems on towels? As her poem “Precious Energy: A Triptych” includes: “My towels, on the other hand, look like the towels / of someone who has given up. […] I’d rather buy some expensive wine / and drink that and forget about whatever it is I think / I might want.” Her poems are elusive, yet grounded, achieving a kind of magical state that exists between the familiar elements of the domestic blended with the dreamy electricity and dark spaces of fairytales. As she writes in the poem “The Land of Thieves”: “Children steal the bodies / of their mothers; marriages steal doors and closets. A new love / will steal from an old one, the way a cat eats birds, without remorse / or self-consciousness. The story steals the poem.”

EN ROUTE TO THE LAKE WHERE HIS FACTORY
HAS POISONED EVERYTHING

is Anne Carson. She winks at me

when I board so I sit up at the front

to watch her drive.

Posted by rob mclennan at 8:31 AM
Labels: BookThug, Shannon Bramer