the tattooed woman started out with only one tattoo—a simple rose vine cuff around her ankle—but it grew. the vine spread and blossomed up her leg and thigh and waist over one breast, down her arm and cuffed around her wrist. and while she slept, her wrists tied together as it crept up the other arm and down the other side of her body. she woke trapped in this new skin—a vine that noosed around her neck then shot deep-coloured roses across her face.

family got angry—how could this happen to you. friends stopped looking in her eyes, and so she joins the circus. poses mostly naked. strangers marvel at the deep ink that took over her body, and they wonder, what kind of girl was she.

I only recently discovered the work of British Columbia poet Kerry Gilbert, moving my way through her second collection, Tight Wire: prose poems (Salt Spring Island BC: Mother Tongue Publishing, 2016). Composed as a sequence/series of short prose vignettes, Gilbert writes on the between-ness of women, as Sharon Thesen suggests as part of her back cover blurb, writing “where the feminine is performed within the callousness of the culture’s expectations.” 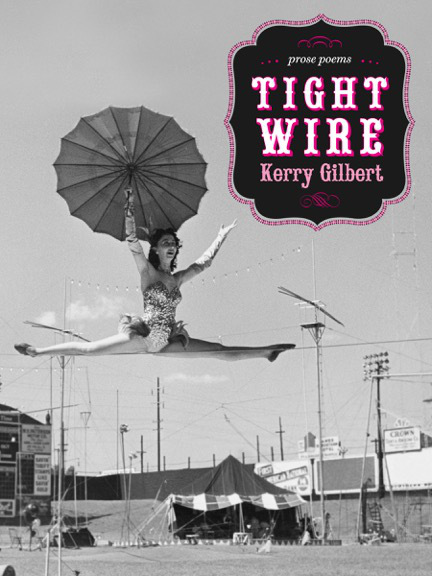 Moving through ongoing and outdated expectations of women, circus performers and the balance between the two, Gilbert explores the dark results of numerous and constant pressures put upon women, as well as those who push to break those arbitrary boundaries, from work to the domestic to the expectations of children in an array of poems that exist somewhere between short fictions and prose poems. I’m intrigued by the structure of her collection, despite the echoes of other works drift through my head: there does feel something different about Gilbert’s work, enough to make me wonder why I’m only hearing about her work now? As she writes:

after seven years, two months and three days of trying to conceive, the woman sits in the dark—empty wombed—at midnight at searches the computer for babies: from the ukraine, from china, from south africa. at the start, her husband had said he didn’t want to adopt; he feared he wouldn’t love the child as much as his own. the thought sits on her—she is so full of love she can’t breathe. feels like she could run out of this heavy perfect house, go straight to the airport, in her new silk butterfly nightgown, board a plane maniacally—head thrown back. mouth wide open—go pluck a baby out of an orphanage and run.