Hell, Kathleen, this is it: it’s my last chance
to reach all of Ontario. It’s summer,
I’m replete & steeping in errata,
got my tongue fluent in the motherese.
Come on down, sweetcheeks: it’s my last night in Nice!
if you get wood by midnight then you’re Welcome:
help us defend our climate, put paint on
something live, smooth out your creases. Be sudden
and amazing, Shine bright like the new day—
lighted streams, revitalize fine urban
destinations. Cell phones spread like democracy
(by parthenogenesis); our masses
are massive, our Beauty takes neither prisoners
nor shortcuts.

My seat is sizzling, I’m all ready to adopt a cub.

Don’t miss your chance to make a difference
in the world/ ‘cause you were soaking in it.

After publishing a small handful of chapbooks (including one from above/ground press), Vancouver poet Fenn Stewart’s first trade poetry collection is Better Nature (Toronto ON: BookThug, 2017), a wonderfully playful and urgent collection adapted from one of American poet Walt Whitman’s diaries, composed while he was travelling through Canada: Whitman’s Diary in Canada, ed. William Sloane Kennedy (Boston MA: Small, Maynard and Co., 1904). Set against Whitman’s Victorian-era diary of the Canadian wilderness, Fenn counterpoints with, as the press release informs, “found materials including early settler archives, news stories, email spam, fundraising for environmental NGOs, and more to present a unique view of Canada’s ‘pioneering’ attitude towards ‘wilderness’—one that considers deeper issues of the settler appropriation of Indigenous lands, the notion of terra nullius, and the strategies and techniques used to produce a ‘better nature’—that is, one that better serves the nation.” As she writes in her “Preface”:

THIS PROJECT BEGAN WHILE I WAS STUDYING Indigenous-based analyses of colonialism and work toward decolonization; it is necessary to acknowledge the specific writers and thinkers to whom Better Nature is most indebted (see “Major Debts/Reading List”).
I also want to recognize that, as Deanna Reder points out, a focus on “the effects of colonization” can be limiting; critical or creative projects may end up recentering the thoughts and actions of settlers, even when the intention of such work is to “unsettle” or “deconstruct” colonial formations. Better Nature runs this risk, as it mostly remixes settler voices (one exception is Chief Joe Capilano’s polite interrogation of King Edward, quoted on page 55) and reflects on settler institutions and attachments. In contrast, work toward decolonization is necessarily Indigenous-led and Indigenous-focused. Decolonization is about restitution, and it will not emerge through existing forms of Canadian culture, politics, or law (including forms of “reconciliation” that ultimately work to shore up the nation).
Perhaps what this project offers is a partial record of how my conception of Canada is shifting as I learn, as I come to see the horizons of my “home” as imagined and impermanent. In this learning I am not singular, but accompanied and guided by people (in “real life” and in books), non-human beings, and landscapes that are at once familiar to me, and unknown. 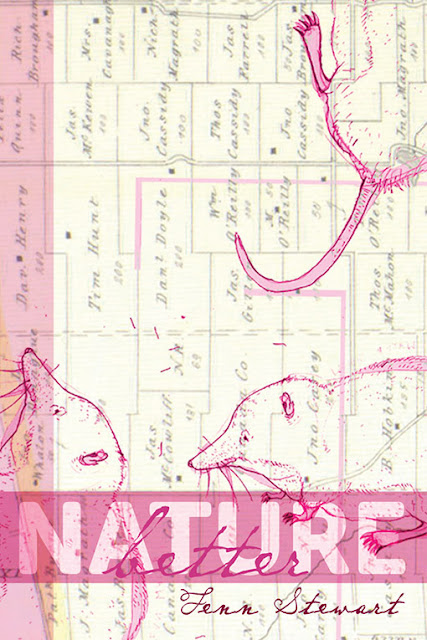 Her titles (listed in the table of contents as “List of Whitmans”) include such whimsical, and lengthy, titles such as (I mention two here only, for the sake of length) “if Walt Whitman were a youngish woman walking to work along Northwest Maine Drive in the Endowment Lands, just west of Vancouver, BC: if to her north were a series of mountains, on the other side of Burrard Inlet; if to her south were mansions, mansions, mansions up the hill; if she had a first trimester miscarriage, and then another one.” and “if Walt Whitman were a wealthy Vancouver resident bobbing about in a life raft in the suddenly much deeper Burrard Inlet; & if the occasion of this bobbing led to reminiscences about the creation of the city, via Major Matthews’ Early Vancouver archives (re: the ‘purchasing’ of land in the late 19th century) & Jean Barman’s historical research (on the destruction of the Kitsilano Reserve in the earth 20th).” The blend is compelling, mixing Whitman’s Victorian-era gaze of the Canadian “wilderness” against her own hometown of Vancouver, as well as a lengthy list of both “Major Debts/Reading List” and “Sources,” from William Shakespeare to Liz Howard to Chelsea Vowel to Leanne Betasamosake Simpson. From the opening line to the final yawp on its last page, Better Nature is a rich and provocative exploration and critique of colonized space, composed in such evocative collisions of language, sound and meaning, and allowing the collisions to bring out new ways of seeing what had been there all along.

you know, boundaries are often indistinct

you know, archetypes are intentionally flexible