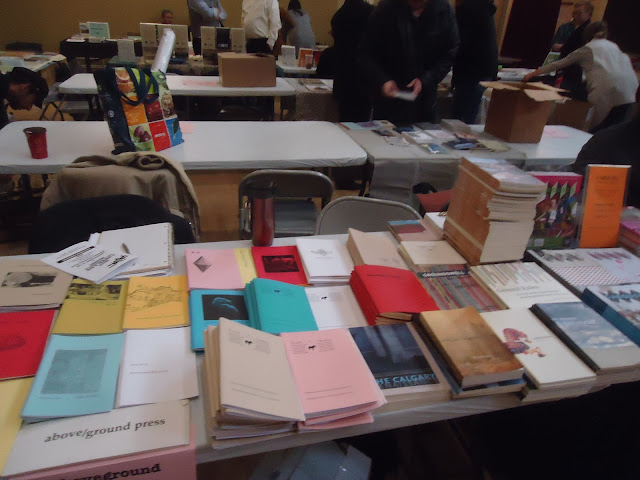 Once again, I made my way to Toronto for the annual Indie Literary Market, hosted by the Meet the Presses collective, where they announced the winner of this year’s bpNichol Chapbook Award (Sonnet L’Abbé, in case you hadn’t heard). above/ground press, at least, had two titles on the shortlist this time around, which was pretty cool (and both titles are still available, naturally, although copies of the Saklikar title are beginning to thin out).

Toronto: I was intrigued by the recent handful of chapbooks produced by Gap Riot Press, a recently-founded chapbook publisher run by Kate Siklosi (who has her own first chapbook forthcoming with above/ground press) and Dani Spinosa [see their recent “12 or 20 (small press) questions” interview here]: Priscila Uppal’s What Linda Said (2017), Adeena Karasick’s Salomé: Woman of Valor (2017), Margaret Christakos’ SOCIAL MEDEA vs VIRTUAL MEDUSA (2017) and canisia lubrin's augur (2017). lubrins’ latest follows quickly on the heels of her first trade collection, newly out with Wolsak and Wynn, and is constructed out of two extended lyrics – “Museum” and “Ledger” – with a shorter lyric, “like a lantern trapping light,” nearly as a coda to the short collection.

Not everyone can endure what salt becomes in water,
revered for its flight-performance of
preservation, its form-fractured afterlives,

the armature of memory, the fungus between toe
and carnival-hued shellac,
the stubborn things that must be cut away “(Museum”)

I like the matter-of-factness of her lyric, the pervasive lines that strike and speak directly to the heart of things, shifting quickly into an abstract that reads as magical, even dream-like. There is almost a tone of fantasy to her lines; one realizes, quickly, that the facts of her poems don’t need to have occurred to be, in some ways, entirely true. As she asks: “who is depending on me / to get safely home?” 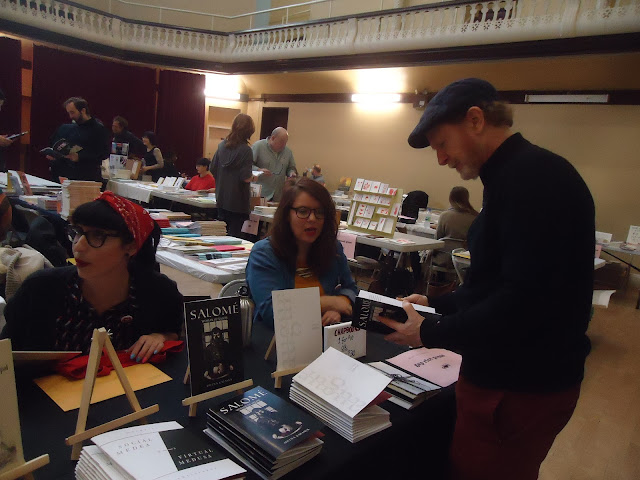 Kingston ON: I’ve always been envious of the small chapbooks produced through Michael e. Casteel’s Puddles of Sky Press, and one of his latest is his own Lagoon. Still. Lagoon. (100 copies; November 2017). I’m rather taken by Casteels’ odd, short mix of lyrics and prose poems, some of which veer into the territory of postcard fiction. The subtle mix of form, coupled with a strain of surrealism and sly humour, is one that has long been one of the strengths of his work.

Later, I lay on my cot in the cabin in the woods listening to coyotes crying on the far side of the frozen lake. My dog was asleep on the bearskin rug, and the fire crackled steadily in the woodstove. I fell asleep while writing, and dreamed I was driving a herd of wild horses across the surface of the moon.

Casteels’ short poems exist as self-contained pieces, even the curious three-poem sequence “Rules of Thumb.” The difference between the poems, structurally, is both intriguing and subtle, and numerous of the poems mention either driving, altered states (hangovers, sleepiness, etc) or both, and I wonder about how the two threads here might intermingle.