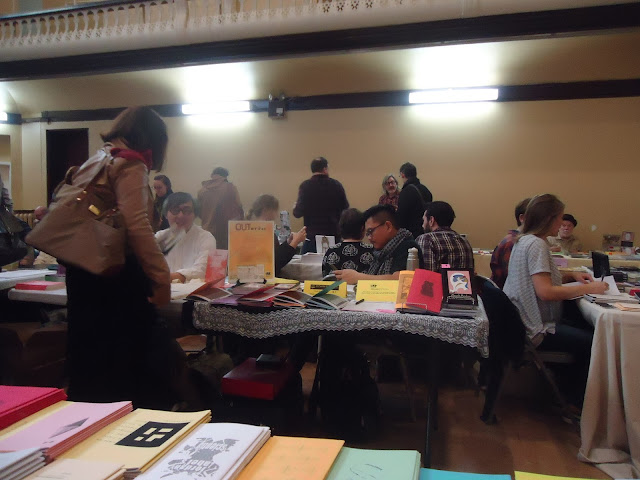 [the view from my table] Given how excited you are about this weekend’s ottawa small press book fair (whether the reading on Friday night or the fair itself on Saturday), I thought it might be worth discussing some of the things I picked up this past weekend as part of the annual Meet the Presses event in Toronto!

And did you see that Nelson Ball won this year’s bpNichol Chapbook Award for his Apt 9 Press title? Copies are long out of print, but you can see the same work in his most recent title from Mansfield Press, which should also be available as part of this weekend’s ottawa small press book fair. Hooray!

Cobourg/Picton ON: It’s good to see Leigh Nash, editor/publisher of Invisible Publishing [see my recent Ploughshares interview with her here] with a new publication, given her trade poetry collection, Goodbye, Ukulele (Mansfield Press, 2010) is more than half a decade old. Her new title, produced through Stuart Ross’ Proper Tales Press, is Outdoor Voices (2016), a collection of twelve short prose poems.

We Are Basically Invincible

Coniferous trees tower like antennae. They record dreams of animals cradled by bough: there is no such thing as safe space. I lick one finger and hoist it to the wind. Somewhere the tide turns over and over and over again. Are we doomed to repeat our mistakes? I listen for falling leaf, slice of sky, the quiver of dew on quiet hive. I turn tail, head for higher ground. I turn tail, around and around and around.

Each poem exists as a slightly off-kilter portrait, blurring at the edges. She captures something, but something that requires a longer attention to truly catch sight of. It’s almost as though her poems skirt surrealism, and concurrently don’t.

My Brother is a Baby Bird

The sky cries cords of tears. They drop from the clouds, escape plans gone astray, ends trawling the earth like entrails. I inhale. Reach for my camera. Cars drift by like ghosts of Sunday dinners past. I pop the flash. A mess of weavers scream for the maples and a low keening rises from the earth: I curl my body over a bird’s broken frame, call my kinfolk in from the rain.

Fredericton NB: For those who might not be aware, the title of Fredericton poet Rebecca Salazar’s chapbook Guzzle (2016), produced by Jim Johnstone’s Anstruther Press, plays with the late John Thompson’s pronunciation of “ghazal.” Unlike Thompson’s infamous work in the ghazal (work that is still managing to influence generations of Canadian poets), composing a looseness of the form that worked to open up a form constructed of five couplets, the nineteen poems in Salazar’s Guzzle aim for a tightness and a fierce precision through those same five couplets. There is something appealing, also, about poems that speak to an uncertainty with such confidence, and even meander a bit with such intriguing precision.

My doppelganger’s crying in her sleep again.
For all our co-dependence, we are paying twice the price.

If I’m just a young bitch, watch me do young bitch things:
whimper-text my ex, pitch my poor self-worth to his command.

I carry you, love, to the slab. I vacuum
your lungs through your spatchcocked arm sockets.

That flaccid crook of shoulder in the toilet.
That mottled blot of flesh my nearest kin.

Heave your axe at the oak of our overnights.
Go on. Have one more dusky go at my stumps.

Salazar seems to aim for lines that one can bounce a quarter off of, and the effect is striking; unfortunately, the downside is that when lines and/or poems aren’t as sharp, they’re noticed. Such tight, deliberate brickwork can’t help but notice the occasional loose stone. I’m curious to see where these poems might end up: odds are these poems might become a section in an eventual manuscript, or even interspersed throughout a larger project, but I’m hoping that she continues her work in the form, allowing the weaker poems to fall away.

Wanting you is like waiting for lightning
to strike me each time I smell rain.

The heat stings your skin in sharp swifts,
a spiked roller of dressmaker’s pins.

Come fix me with your pearl eyes
in the wildflowers by the road.

Traces of shell, manure, earth. Rake
the flesh and prepare for a harvest of salt.

The hacked geometry of granite bluffs hatched
across your back. We press you close until it cuts.