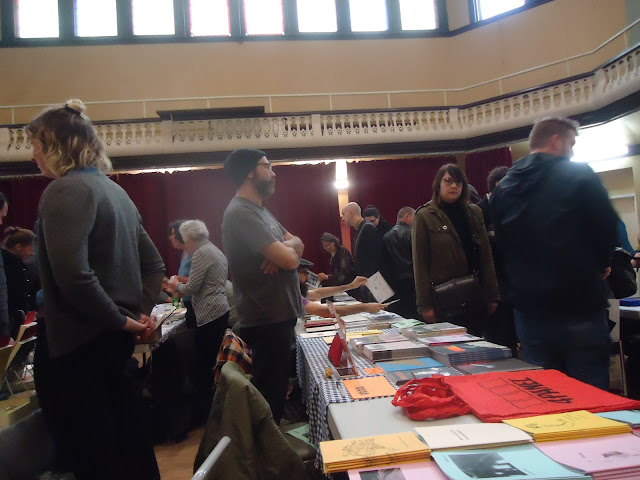 [view from my table]

I’m sure by now you’ve seen the first part already, but here are some further items I picked up at the recent Meet the Presses fair in Toronto last weekend; might we see you today at the ottawa small press book fair? I mean, there might even be cookies!

Toronto ON/Vancouver Island BC: Vancouver Island poet and critic Sonnet L’Abbé’s latest title, produced through Carleton Wilson’s Junction Books, is the beautifully designed and bound poetry chapbook Anima Canadensis (2016). Composed as part of a “larger project,” Anima Canadensis opens with the sequence, “PERMANENT RESIDENTS’ TEST,” a poem that speaks to Canadian cultural and historical contexts, referencing Indigenous displacements and European settlement through, among other means, discussing flowers (“Identify the native species in this passage.”) and other “agricultural products.”

I’ve been utterly fascinated to see the shift in L’Abbé’s work since the publication of her first trade collection, expanding outwards from metaphor-driven lyric to more experimental works that attempt to navigate and explore issues around race, identity and colonization [see her recent Touch the Donkey interview that touches on some of the same]. Her work, in both form and content, has become more socially and politically engaged, more open to alternate forms and, to my mind, has become far more compelling, putting her on a Canadian poet shortlist of required reading. As she writes to open the poem “LOVE AMID THE ANGLOCULTURE” : “Is it not of the same gravity / as going to war, / the decision to love?”

Strong neck the channel through which your roots become branches. Strong neck the trunk through which your impulses flow, tides of perception and reaction. You are a battery of cells, positive of material, anti-positive of nervous potential. You, a dyad of bunches of waving branches and bundled branches, of bunches of searching roots and rooting roots. The spine of your decision-making: a flexible tension between head and heart. The moving tree grows in more dimensions than knowledge: in its reach, yes, in its span, but also, if it is lucky, in its rootedness, in its density, in the neck’s rough skin thickened to injury, that lifts above its heart a head of power—ever spring-fond, ever fall-wise—a tender, leafy power to love light.

Toronto/Picton ON: New from Leigh Nash and Andrew Faulkner’s The Emergency Response Unit is Toronto poet Phoebe Ka-Ir Wang’s chapbook HANGING EXHIBITS (2016), a title constructed of poems that respond, predominantly, to visual art. Obviously, ekphrastic poems (poems that respond to other creative works, including poems, visual art, etcetera) have been around forever (works by Diana Brebner, Stephanie Bolster and Robert Creeley come to mind), and far too often simply describe or explain the artworks they claim to be “responding” to, but the narratives of Wang’s poems seem to respond sideways to the original works. She seems to compose intriguing little narratives that emerge from, or are even influenced by, the originals. As she writes at the end of the poem “STILL LIFE WITH ANCESTORS”: “She’ll tell us there’s more to the story.” Wang’s poems do seem to suggest far more than what they say, offering both alternate considerations and even addendums to their source materials.

after Matisse, Goldfish and Sculpture, 1912

She’s gone in ahead of us, testing
the bathwater. When she winces
we feel it too. The heat applies
its deep vermilion to her knees,
her thighs, the tract of her tummy,
forcing them to bloom.
We slough off cotton
socks and tank tops, climb in
as if into a second skin,
first my sister, then me.
we’re slippery as fins.
The light amniotic, rinsing us
in cerulean, and even when
we’re clean and we don’t emerge.
Outside, the air is frigid
and hostile. We’d rather live here,
inside the dance of chiaroscuro,
where the hour’s tropical.
Mom passes something to us—
a scrap of cloth, a white pill of soap
(her impulsiveness, her innate talents)
gives us no choice but to use them.