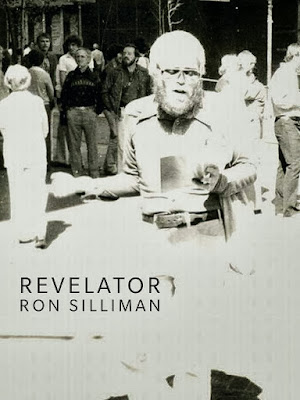 Self-described as “the first degree of Universe,” American poet Ron Silliman’s Revelator (Toronto ON: BookThug, 2013) composes the opening of a project that threatens to rival the scope of his large-scale project “The Alphabet.” Composed from 1979 to 2004, and produced as smaller titles over a period of years, “The Alphabet” was eventually produced as The Alphabet (Tuscaloosa, AL: University of Alabama Press, 2008), a trade work over a thousand pages large. How big might Silliman compose his “Universe”? Composed as a single, ongoing stanza. Silliman’s Revelator exists as an accumulation of overlapping movements, each of which open a series of threads that somehow all connect, eventually, as all in the universe does (as far as we’re aware), I suppose. The reveal of Revelator, “a poem of globalization and post-global poetics” (something that exists in the multiple languages within the trade poetry works of , for example, Canadian poets Oana Avasilichioaei and Erín Moure) exists as a kind of cultural catch-all, woven together in an intricate array of observation, critical commentary and ephemeral travel-notes, and manage to compose an elastic work that blends both the complete opposite of local with something immediately and specifically local. The connections and the overwhelming ongoing stanza of Revelator were obvious during his recent Ottawa launch through the AB Series, listening to the waves and ebbs and flows of a poem that, in many ways, deserves very much to be heard aloud. Of the nearly eighty pages of text, here is, picked almost arbitrarily, the entirety of page eighteen:

water pouring in, I knew
we were under attack”) attempt
to reconstruct the sequence, build
narrative bridge, classic Bob, air
syntax out, neighbour waddles out
to fetch paper, hard copy
is old copy, cold stone
atop which to scoop even
colder cream, white chocolate kisses
battered in, the maple reddens
while the oak goes yellow
all the others already leafless,
lifeless on the street, yellow
tarp atop the torso, hollow
lung hollers for help, envision
this all without sound sung
deep in glade, inaudible oriole
aria as an arch aches
stretching across its trestle, test
the tree stand’s strength before
adding tinsel, glass balls, small
ornamentation, avoid clusters, clutter, dis-
in distribute understood, but tribute?
That is harder, I hear
wheels across the gravel wet
with a dense fog hushed
then digging in to turn
then softer, the newly paved
Goat Hill Road, river makes