The first sentence is a sentence about writing. The second sentence tells you it’s alright to lose interest. (“Early Poem”) 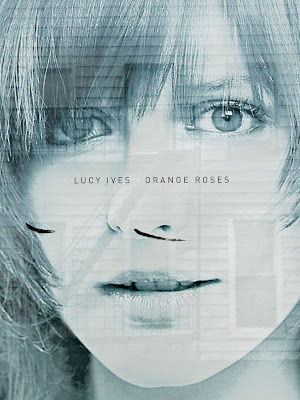 According to the press release that comes with New York City poet Lucy Ives’ Orange Roses (Boise ID: Ahsahta Press, 2013), her poetry collection was “written over a 10-year timeframe, [and] enacts a poet’s development: the process of her discovering what a poem might be.” Given that the collection was composed over such a long period, the book holds together remarkably well, constructed out of lyric disjunctives, stretched-out fragments and extended sequences. The poems that make up Orange Roses are composed in a range of styles: from notebook entries, long and lyric prose pieces, hard-cut sentences and poems written with lines condensed nearly to point form. What makes, in part, the book hold together is in the idea that this, as a first collection composed over a decade, is less any sort of coherent collection via style or specific subject matter than it is a portrait of a particular period of time in the author’s life. Given the age of the author (she was born in 1980), this period constitutes a significant percentage of her life so far. As she writes in the poem “Early Novel”: “in the economy of appearance / for so many hundreds here // to enter yet / control // just now / your partnership // I love you, giving up / love you, passing in,” and further:

don’t we just want to climb
back in our bed

rose, nothing
no one’s

Ives’ appears to favour longer stretches of the poem, and the book contains only thirteen poems, ranging from the short, single poem to the longer sequence to the sequence as accumulation of shorter fragments. These are poems one doesn’t read quickly, but enters slowly and resides within for a while. One particularly entrancing piece is the extended “Early Poem,” constructed out of a series of one hundred sentences that powerfully push the boundaries of what is lyrically possible through what can be described in parts as refrain, an essay on the nature of writing sentences, and as a kind of narrative assault. The poem pushes beyond what you might have expected into magnificent territories. The poem begins:

The first sentence is a sentence about writing. The second sentence tells you it’s alright to lose interest. You might be one of those people who sits back in his or her chair without interest, and this would have been the third sentence you would have read. The fourth sentence, what does that say, that says something about how I genuinely feel, even if it no longer matters how I genuinely feel, that has not even become the topic of another book. The fifth sentence says that that was left by the wayside because it was such a variable thing. that’s what the sixth sentence said, and says, that it sits there still, varying, changing its colors, etc., the army of ancient Rome marches by, they think it is some sort of tomb and display their eagle insignia. The seventh sentence ill conceals its surprise that I should have tried to make it all look so far away. […]

The penultimate poem in the collection, “On Imitation,” is a lovely lyric essay that includes photographs, akin to works by Juliana Spahr. It is as though the book as a whole is a discovery into the possibilities of the poem, and in the conversations into those possibilities. The essay/poem begins:

My understanding of writing was for a while informed by an idea about insufficiency I got from America. Take images and compare them to words: Words suffer. Consider the naturalness of the photograph, its informative, absorbing detail. It is even possible that the photographic image resembles nature most on purely analogical grounds, since nature is often understood to have no insufficiency in its “bounty.”
But here I only hint at what I take to be some of my earlier errors.

The process of any writer “discovering what a poem might be” is certainly an essential part of emerging as a writer, and an essential ongoing exploration that should really exist throughout a poet’s entire writing life. Ives’ Orange Roses really is a stunning and breathtaking collection, and rewards with every reading. I can only hope that this conversation Ives has begun becomes one that continues for quite a long time.
Posted by rob mclennan at 8:31 AM
Labels: Ahsahta Press, Lucy Ives