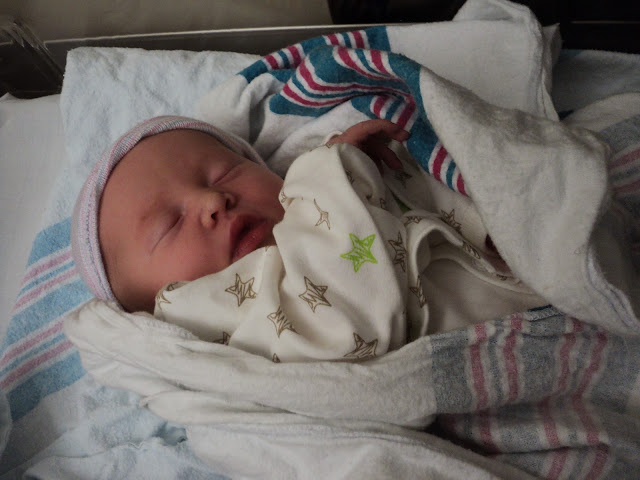 Our new little girl, Rose Irene Valentina McLennan, was born Wednesday, November 20 at 8:54am at Ottawa’s Monfort Hospital. Due on November 14th, our little Scorpio arrived after thirty-six and a half hours of (induced) labour at 8lbs 5oz and twenty inches long. We very much thank our midwife Maxine and Arlaine (and backup midwife Kelly; all of whom were magnificent) from the Midwifery Group of Ottawa, for all their help and support. 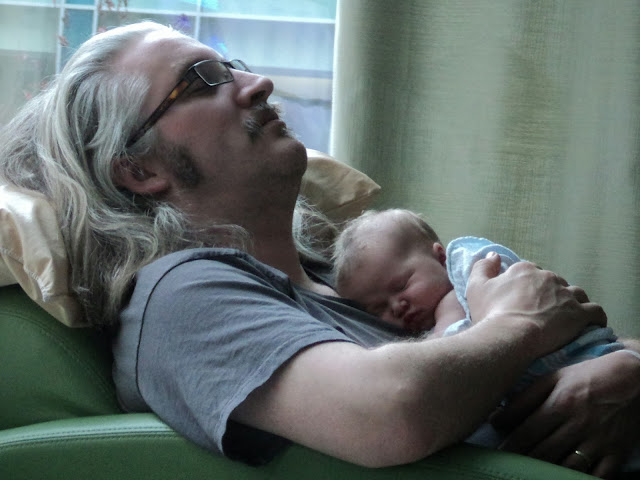 Just so you know: we have not named Rose after the Billie Piper companion from the Doctor Who reboot (Christine’s least favourite companion, and rob’s most favourite for some time (until the appearance of Amelia Pond, obviously)), nor Saskatchewan Olympian “Rosie” (Rosannagh) MacLennan, nor James Howlett’s first redheaded love, before he became Logan,and long before he became Wolverine (as told in Wolverine: Origins). We simply liked the name. Our Rose.

The surname Rose can be of English, Scottish, Irish, French, and German origin. It was originally a Norman form of a German name Hrodheid, composed of the words Hrod (Bright/Flame) and Heid (Kind). It was originally spelled (by the Normans) Roese or Rohese. It fell out of use during the Middle Ages but was revived during the 19th Century although regarded as being a flower name.

Irene = derived from the Greek, for 'peace' 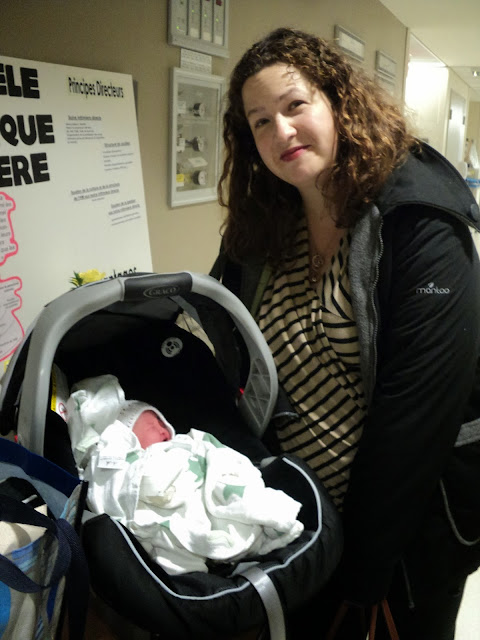 [Christine and Rose, leaving hospital] Irene was my mother’s middle name [see her obituary here], and also the Anglicized version of Christine’s maternal grandmother (most likely from “Irina”). The name Valentina comes from Valentina Tereshkova (b. 1937), a retired Soviet Cosmonaut and engineer, known as the first woman to have flown in space. She piloted Vostok 6 in June 16, 1963.

We are home (as of Thursday afternoon), happy and safe, and everyone is healthy, albeit rather exhausted.

Wednesday's child is full of whoa--

Congratulations, rob and Christine! Rose is as lovely as her name.

Congratulations, Rob and Christine. A beautiful baby and a beautiful name. (Rose was my grandmother's name - and always lovely). I'm sure she will bring you much joy. Ellen Jaffe

How cool... I was just Googling my midwife's name, and this blog post popped up! Maxine and Arlaine attended my son's birth the next day! When I called the Midwifery Group to let them know my water broke on the 20th, I was told Maxine was sleeping post-overnight birth—Rose's! All the best to your family :)