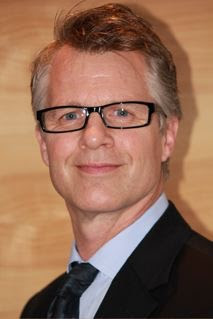 Robert Vaughan teaches workshops in hybrid writing, poetry, fiction at locations like Red Oak Writing, Synergia Ranch, and Mabel Dodge Luhan House. He leads roundtables in Milwaukee, WI. He was a finalist for the Gertrude Stein Award for Fiction (2013, 2014). He was the head judge for the Bath International Flash Fiction Awards, 2016. His flash fiction, A Box was selected for Best Small Fictions 2016 (Queen’s Ferry Press).  He is the Editor-in-Chief at Bending Genres.

My first book, Microtones (Cervena Barva Press, 2012) is a chapbook of 26 pieces. I was part of an online project called 52/250 in 2009 and 2010, and then also Fictionaut. These supplied most of the work that comprised my first collection. I’d say there is an arc from book to book, although my writing is still mostly a hybrid between prose and poetry, short or long.

I’ve always written both poetry and fiction. My writing originated in journal writing, throughout high school. I was also an avid letter writer before the onset of computers and online livelihood. I was lead singer in two bands, first in high school and then college. I’ve always paid close attention to lyrics. And so, I think more than coming onto a “form,” per se, I like whatever method (vehicle?) an author chooses to make the connection to a reader.

My projects that have turned into books (I’ve published 5) have come easily to me. And once I have designated the impetus, the writing is typically daily, and first drafts are organic. I also edit more now than I ever have. And more than one edit to a final draft. I don’t use notes, but I do keep a daily journal in which I write down or “record” various flotsam and jetsam: overheard snippets of conversation, business cards, sensory sounds or smells.

I am a writer who enjoys writing toward the “dark” or the unknown. I am not a mapper, or post-its or postcards on the wall sort of writer. Thus, my collections have built rather organically, or homespun. And this is why I relish the eventual collaboration with editorial eyes, or suggestions. The idea of “book” typically forms somewhere along the way, as the writing comes together. Often inspired by a person, or events, a collaboration, or a blended/ collaged fusion of aspects.

I love to do readings. I mentioned earlier the two bands through high school and college. I also performed in numerous plays and musicals. I think readings have a theatrical part of them, and even thinking of order is quite like a set list. I also feel that at least two of my five books happened as a result of someone hearing me read (at an AWP literary conference, for example).

I think the writing is more organic for me, probably less theoretical? Although the themes that continually haunt me are homelessness, or people living in the margins, without a “voice.” Also, sexual abuse, and boundaries. Violence. Dysfunctional families, and secrets. And deeper philosophical questions like forgiveness, or shame, regret or avoidance. One simple question I ask frequently is “Why am I here?” And not speaking to specific locale, but more indicating for ways to verify my existence.

I like to think of myself as a supporter of artists and writers. I am the EIC of an online magazine, and we offer online writing workshops as well as retreats. I think writing has a vital aspect in our current culture. I’m an active member of PEN America from which I get the daily updated news about the current challenge or threats to our democracy and also world-wide, writers who are imprisoned in certain cultures for simply speaking out. Now, more than ever, the role of the writer intensifies. This doesn’t mean everyone need necessarily be a “political” writer, but even just a pen (notepad) can hold so much power.

If your writing matters to you (and there is a fine line with too much here!) working with an editor ought to be both awkward and ultimately important. Often, especially with new work, we are simply too close to our own material to have neutrality with “feedback.” I have learned to trust this process. And good editors are not easy to come by. I’ve also edited books for more than a few writers and love doing this.

I like what Sugar says: Write Like A MotherFucker. I keep the mug (from Rumpus) on my desk. I contains the vigilance, and motivation I seek.

I’m early to bed and early to rise. Typically I write in the mornings… sometime with coffee, or immediately following. A good day is when I write all morning. Afternoons for editorial or magazine work. Evenings to feed the urge.

Nature, exercise, cooking. Most of my friends are writers, so we chat about our stalling, or what we can do to spark our work. Travel can ignite me, too; especially visiting new places. Writing workshops. And writing prompts.

I think all forms of art influence me- lyrics and music: I like to write from Soundtrack music. For instance, when I wrote Addicts & Basements (CCM), I listened to Donnie Darko and Trent Reznor’s The Social Network soundtrack. I do like visual art, and that can also influence, especially walks through museums and note-taking. Nature is a daily boon, whenever possible. Walking or running outdoors always refreshes and triggers some new ideas. Water, also for me can be inspiring. Showers are my think-tank.

Most of my closest friends are writers, so that is incredibly inspiring. I also like to hang out with other artists. My partner of 15 years is a physician (as was my father) and so, I find our fields (writing and science) a fascinating sort of link. I like writers who challenge the norm, or think outside of the box (genre) or are writing something other than realistic fiction (which is still the best selling category, or everyday memoir, and feels akin to reality TV to me).

Get an agent, finish some projects that have taken a back burner. Maybe live abroad if our current politics continue.

I’ve done so many other things already- worked in restaurants, hair and make-up for photoshoots, retail, merchandising, non-profit fundraising. If I wasn’t a writer, I’d work in the healing arts. Study world approaches to touch, massage, such as Thai or Lomi- Lomi.

It’s the thing I love to do more than any other job. I’m living my literal dream.

The last great book I read was Homesick for Another World by Ottessa Moshfegh. Last great film was a documentary called Strange Powers: Stephin Merrit (of The Magnetic Fields).

I am in the midst of an epistolary project. And a memoir. And finishing a full- length play, of which two acts are complete. I’m also writing a poetry collaboration with a fellow poet.