i wish with
the
lightning

ear’s
deafness
after
the
boom

Because I am behind on everything, I am just now going through San Francisco poet Jill Tomasetti’s full-length poetry debut, Prima Vera (San Francisco/Oakland CA: Drop Leaf Press, 2015), a collection of spare and still lyric poems. There is such a sense of smallness, detail and silence here, a deliberate, considered hush in her lines; “we’re smaller now / shaped by distances,” she writes, as part of the extended poem “SEQUOIA,” a poem that also includes the stand-alone line “stillness at the center,” a line that could encapsulate the entirely of what this book contains. Tomaestti’s poems explore the world and our relationships to it, attempting to engage with the wilderness instead of trying to tame it, something evident in Northern Ontario poet Jack Davis’ more recent poetry debut, Faunics (Pedlar Press, 2017) [see my review of such here]. 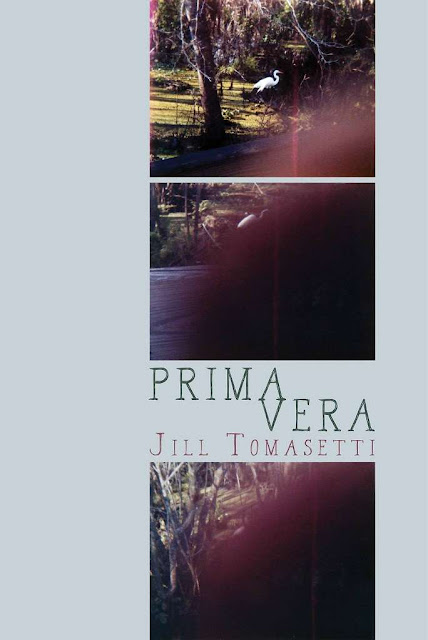 There is such a respect for the wilderness in these poems, a deeply-abiding eco-poetic that she, as narrator/writer, both explores from the outside, and from within. The poem “SEQUOIA” ends with the brilliantly straightforward: “we are rabbits / inside a hollow tree // and the / blackbird / opens eyes / we don’t know about [.]” I would like to see more of her work; why does she seem to have published little or nothing since?

BALLAD OF OUR LADY OF SORROW

i never wanted
to write it down

just to reach
reach over it
with revelry

be still & let it ebb
with all the not-moving