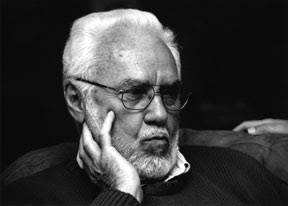 As many have already begun talking about, we are organizing a small tribute/memorial for our friend and mentor, Robert Kroetsch, at the Carleton Tavern, a venue he most likely would have approved of.

There are already a number of tributes to Kroetsch posted, including:

The University of Alberta Press
http://holeinthebucket.wordpress.com/2011/06/22/sad-sad-news-robert-kroetsch/

There are plenty of others.

Here is a statement from Linda Cameron, director, University of Alberta Press.

********
Almost every western Canadian writer (and many from around the world) can tell you a story about how Robert Kroetsch could make you feel as if you were the only person in a room full of people. It was his gift to encourage aspiring writers while offering tremendous insight into the work of established writers-his colleagues and friends.

And storytelling is what is what it was about with Robert Kroetsch. He could tell a story! He knew how to connect with his readers and listeners.After receiving the Golden Pen Award at the Alberta Book Awards on June11, he regaled the audience with a tale about how fitting it was to be a dinosaur attending a function at the Calgary Zoo. This self-deprecating humour was one of his hallmarks. And certainly all there enjoyed the joke.

As Robert's publisher, his visits stood out and were a highlight of theday. He was always polite and generous in his response to our questions and appreciative of our work. He was the kind of author publishers dream of working with.