a new poetry collection by rob mclennan: 52 flowers (or, a perth edge) -- an essay on phil hall -- 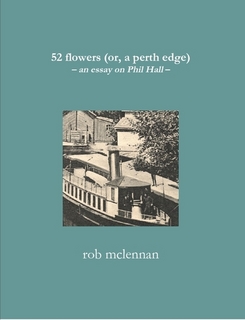 
52 flowers (or, a perth edge) exists as an essay-in-poems, a sequence responding to the "Ontario Gothic" poetry of Perth, Ontario poet Phil Hall, focusing on the Griffin-nominated An Oak Hunch (Brick, 2005). If the best response to a poem, as Margaret Atwood once said, is another poem, then this, in fact, is the finest response.