12 or 20 questions: with Steven Heighton 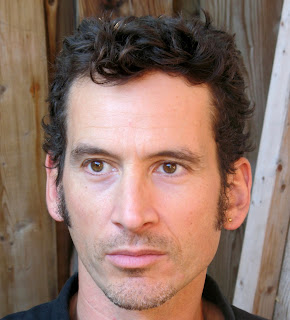 Steven Heighton's most recent books are the novel Every Lost Country (May 2010) and the poetry collection Patient Frame (April 2010). He is also the author of the novel Afterlands, which appeared in six countries, was a New York Times Book Review Editors' Choice, and was a "best of year" selection in ten publications in Canada, the USA, and the UK. The book has recently been optioned for film. He has also published The Shadow Boxer—a Canadian bestseller and a Publishers’ Weekly Book of the Year for 2002—which appeared in five countries. His other fiction books are the story collections Flight Paths of the Emperor and On earth as it is, while his poetry collections include The Ecstasy of Skeptics and The Address Book.

His fiction and poetry have been translated into ten languages, have appeared in London Review of Books, Tin House, Poetry, Brick, The Independent, London Magazine, Malahat Review, Agni, The Walrus, Poetry London and Revue Europe, have been internationally anthologised (Best English Stories, Best of Best English Stories, The Minerva Book of Stories and others) and have been nominated for the Governor General’s Award, the Trillium Award, a Pushcart Prize, the Journey Prize, and Britain’s W.H. Smith Award. Heighton has received the Gerald Lampert Award, the 2010 K.M. Hunter Award (literature), The Petra Kenney Prize, the Air Canada Award, and gold medals for fiction and for poetry in the National Magazine Awards. He has been the writer-in-residence at Concordia University; at Massey College, U of T; at McArthur College, Queen's University; at the University of Ottawa; and at CMR/RMC. He has also taught at the Summer Literary Seminars in St. Petersburg, Russia, and in the writing program of the Banff School of Fine Arts. He lives with his family in Kingston, Ontario.

1 - How did you come to poetry first, as opposed to, say, fiction or non-fiction?
I didn't. I've written poetry and fiction concurrently all along. Both felt necessary from the start and both still do.

2 - How long does it take to start any particular writing project? Does your writing initially come quickly, or is it a slow process? Do first drafts appear looking close to their final shape, or does your work come out of copious notes?
It takes a while to start, and then it spills out fast, and then, in the final stages, things slow down again. As for my first drafts, they're a catastrophe.

3 - How did your first book change your life? How does your most recent work compare to your previous? How does it feel different?
The first book ratified something, for sure, but it didn't change my life. I already considered myself a writer. Maybe that was arrogant, but if so, who cares? Sometimes it's useful for a young writer to be a touch arrogant, if only to drown out the voice of self-doubt--to coach and coax and goad oneself on, to keep writing.

I'm not sure how my recent work compares to my earlier work--it would take a reader or a critic to say for sure.

4 - Where does a poem or prose usually begin for you? Are you an author of short pieces that end up combining into a larger project, or are you working on a "book" from the very beginning?
In general, both poems and fiction start with a strong, clear impulse, or image, or line, or scene, then flow off into the unknown while I try to follow. In other words, I have a beginning, but I never have an end. I have to write my way towards the end, and create/discover it in the act of writing.

5 - Are public readings part of or counter to your creative process? Are you the sort of writer who enjoys doing readings?
I like doing readings in the same way I love teaching: once in a while but not constantly. Like most writers (I guess) I'm an introvert and used to spending my days alone, writing. Reading or teaching are exciting and stimulating, yes, but ultimately they're draining, so before long I want to retreat to my bomb-shelter and get on with the work.

6 - Do you have any theoretical concerns behind your writing? What kinds of questions are you trying to answer with your work? What do you even think the current questions are?
The problem with allowing theories or ideologies to understrap your creative work is that they prescribe answers that you unconsciously (or consciously) write towards. Which is death, I think, for any creative enterprise. But of course there are ideological, or at least moral, questions I'm posing to myself when I write. (Questions but no clear answers.) These days as a writer I seem to be circling issues of ethical intervention: when is it right to intervene in a situation and when does it make matters worse? Can you even tell beforehand? I guess basically now I'm writing to try to understand how to be a good person. That sounds banal, I know, but there it is.

8 - Do you find the process of working with an outside editor difficult or essential (or both)?
No, I love it. And a good editor is only "outside" initially. Before long, he or she slips into the text and inhabits it with you--which makes the process a touch less lonely in the latter stages. A good editor can always help you make a book better; I have no patience with divo and diva writers who won't let editors touch their work.

9 - What is the best piece of advice you've heard (not necessarily given to you directly)?
"Locate your material" (Norman Levine). In other words, stop drilling for oil in the seabed when you're the sort of writer who should be mining mica in the woods. It's awful to think how many good books have never been written because the writers were writing the wrong stuff--trying to be something they weren't. And who knows? Maybe that's what I'm doing myself. It's so hard to know, from inside a life.

10 - How easy has it been for you to move between genres (poetry to fiction to non-fiction)? What do you see as the appeal?
My poetry and fiction are really distinct--I feed my lyric impulses into poetry and my narrative into fiction, without a lot of overlap--and one reason I like moving between genres is that each provides a true refuge, or break, from the other. Like a musician switching between instruments, or a visual artist moving between media, the change refreshes me, shakes things up, keeps me from going into default mode and repeating myself--always a danger for a writer who has been doing it for over twenty years.

11 - What kind of writing routine do you tend to keep, or do you even have one? How does a typical day (for you) begin?
I've got a family now and so I follow a more conventional schedule than I once did. My average writing day now runs from 9 or 10 till 4 or 5. But it's not all writing, unfortunately. There's a lot of clerical/secretarial work mixed in there--email, above all.

12 - When your writing gets stalled, where do you turn or return for (for lack of a better word) inspiration?
I just keep hacking away at the problem till it yields, or until I can convince myself it has.

13 - What was your most recent Hallowe'en costume?
I tried to dress up as James Dean, or as Marlon Brando in The Wild One--you know, jeans with the hems rolled, black leather jacket, a black leather cap--but everyone thought I was supposed to be one of the Village People.

14 - David W. McFadden once said that books come from books, but are there any other forms that influence your work, whether nature, music, science or visual art?
Yes, absolutely, all of the above. But McFadden is right too. There's a sort of layered template of other books behind every book you write. We're all apprentices--as were our masters.

15 - What other writers or writings are important for your work, or simply your life outside of your work?
I couldn't begin to answer this one. I can tell you, though, that these days I read more newspapers and news blogs (and the commenting posts) than anything else. In fact, the poem I'm working on right now is a response to a news story I encountered online.

16 - What would you like to do that you haven't yet done?
Learn to dance salsa and sing harmony onstage with Emmy Lou Harris (not at the same time).

17 - If you could pick any other occupation to attempt, what would it be? Or, alternately, what do you think you would have ended up doing had you not been a writer?
Maybe a doctor with MSF or some other outfit of that kind. Yes, I think so (see above, answer # 6).

18 - What made you write, as opposed to doing something else?
I liked it, I was good at it, and there were no other things I could think of doing for the rest of my life that I liked enough and was also good at. Plus, I never wanted to have a boss. I wanted to be able to work at home, in my boxer shorts or pyjamas, with my dog on the rug beside me. And I'm lucky to be doing that.

Paul Thomas Anderson's THERE WILL BE BLOOD (or maybe Theodore Dreyer's THE PASSION OF JOAN OF ARC).

20 - What are you currently working on?
A book of stories, which Knopf will publish next year or the year after. It's two-thirds (I think) done. Most of the stories are from the POV of women. I'm loving the change and the challenge.

Thanks for your questions.