Chris Turnbull lives in Kemptville, Ontario. Recent pieces of continua have been published in Ottawater, Convergences, How2, ditch, and Dusie. continua is a visual text and multi-voiced performative piece. She will be launching a chapbook with above/ground press. 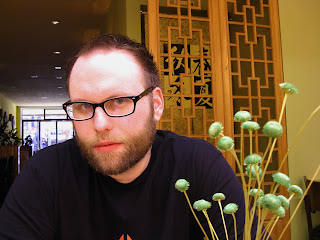 Jon Paul Fiorentino is the author of the novel Stripmalling, which was shortlisted for the Paragraphe Hugh MacLennan Prize for Fiction, and three poetry collections, including The Theory of the Loser Class, which was shortlisted for the A. M. Klein Prize. He lives in Montreal, where he teaches writing at Concordia University, edits Matrix magazine and runs Snare Books. His most recent poetry collection is Indexical Elegies.

Gary Barwin is a poet, fiction writer, composer and performer. His publications include poetry: Outside the Hat, Raising Eyebrows, Servants of Dust, anus porcupine eyebrow and frogments from the frag pool (with derek beaulieu) ; and fiction: Doctor Weep and other Strange Teeth, Big Red Baby and The Mud Game (a novel with Stuart Ross). Forthcoming books include The Obvious Flap (with Gregory Betts) and Kafka Franzlations: A Guide to the Imaginary Parables (with Hugh Thomas and Craig Conley). He was the co-winner of the 2009 bpNichol chapbook award for Inverting the Deer and was a recipient of the K. M. Hunter Foundation Artist award. Barwin is also the author of several books for kids, including Seeing Stars, which was nominated for a CLA YA Book of the Year and an Arthur Ellis Award. He lives in Hamilton, Ontario, with his wife and three children. His most recent book is The Porcupinity of the Stars.
Posted by rob mclennan at 8:33 AM
Labels: Chris Turnbull, Gary Barwin, Jon Paul Fiorentino, the carleton tavern